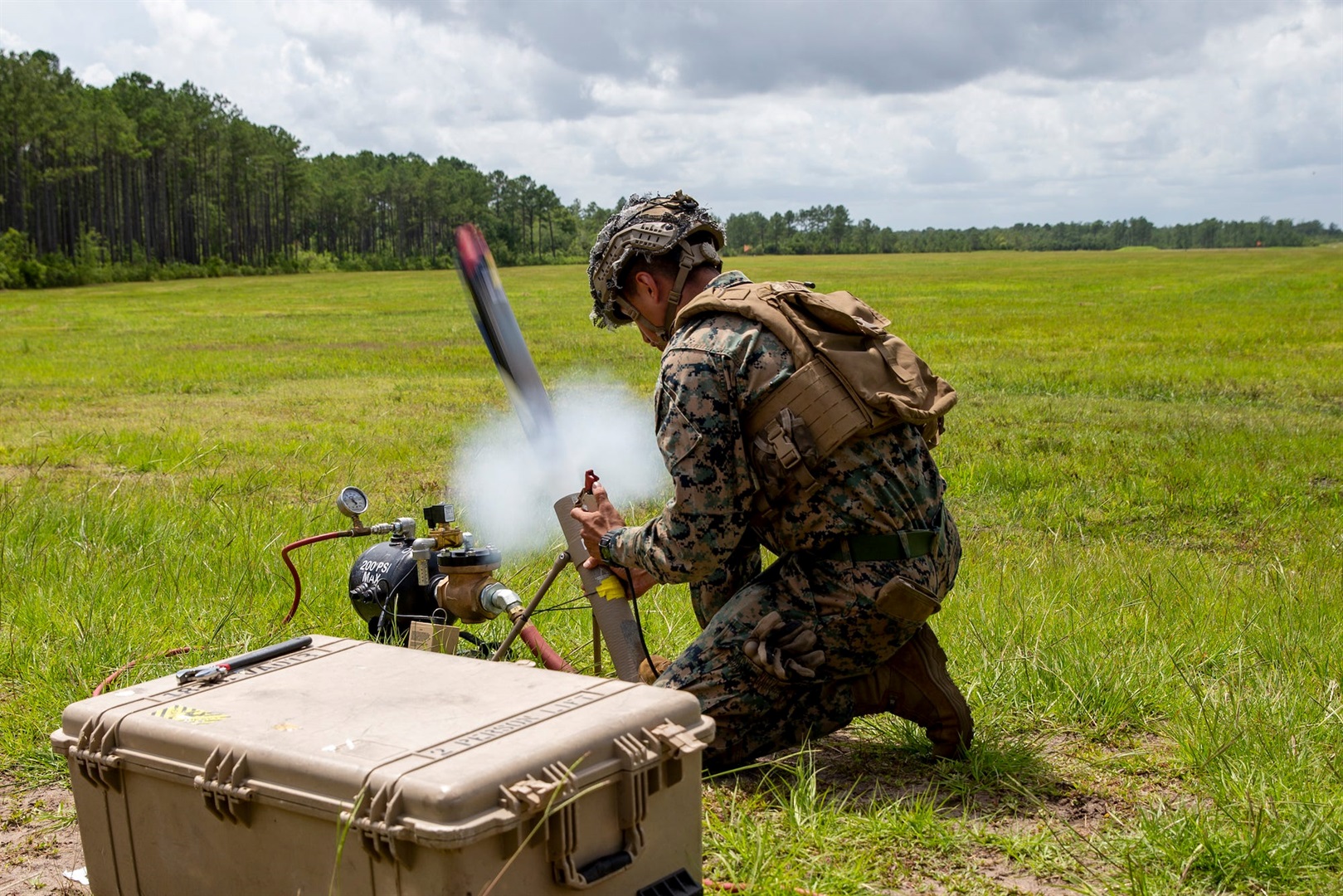 A US Marine launches a Switchblade drone, similar to the Phoenix Ghost drone, during an exercise at Camp Lejeune in North Carolina, July 7, 2021.
US Marine Corps/Pfc. Sarah Pysher

New "Phoenix Ghost" drones are being supplied to Ukraine as part of the US $800 million arms package, the Pentagon said on Thursday.

The Pentagon emailed out a list of items being deployed to Ukraine, which included 121 "Phoenix Ghost" drones along with howitzers, tactical field equipment, and spare parts, Politico reported.

It was the first time the existence of Phoenix Ghost drones was revealed, and little else is known about their range and precise capabilities.

Pentagon spokesman John Kirby declined to provide specific details but said the drones were well-suited for the open terrain of Ukraine's Donbas region, which is currently the focus of Russia's new offensive.

"Without getting into the specifications, but the kinds of things this drone can do lend itself well to this particular kind of terrain," Kirby told reporters on Thursday, according to Al Jazeera.

"I think I'm just going leave it at that. But its purpose is akin to that of the Switchblade, which is basically a one-way drone, an attack drone. And that's essentially what this is designed to do."

He stated that the drones are equipped with onboard cameras and that "its principal focus is attack."

Kirby compared the drones to the single-use Switchblade tactical unmanned systems, also known as "kamikaze drones," which the US sent Ukraine 100 of last month.

Switchblade drones can loiter above a target for up to 40 minutes and hit targets with warheads that detonate on impact.

The Phoenix Ghost drones were developed by the US Air Force with California-based company Aevex Aerospace, according to Politico.

The Phoenix Ghost "is a different type of aircraft. It's a one-way aircraft that is effective against medium armored ground targets," retired Lt. Gen. David Deptula, dean of the Mitchell Institute for Aerospace Studies and member of the Aevex board, told Politico.

The drone can fly for six-plus hours and operate at night using its infrared sensors, Deptula told the outlet, and has a longer loitering time than the Switchblade.

Kirby initially told reporters that the drones had been "rapidly developed" for Ukraine but later clarified that development had begun before the Russian invasion on February 24, Reuters said.