For the first time ever, the US reported more than 60,000 new Covid-19 cases in a single day 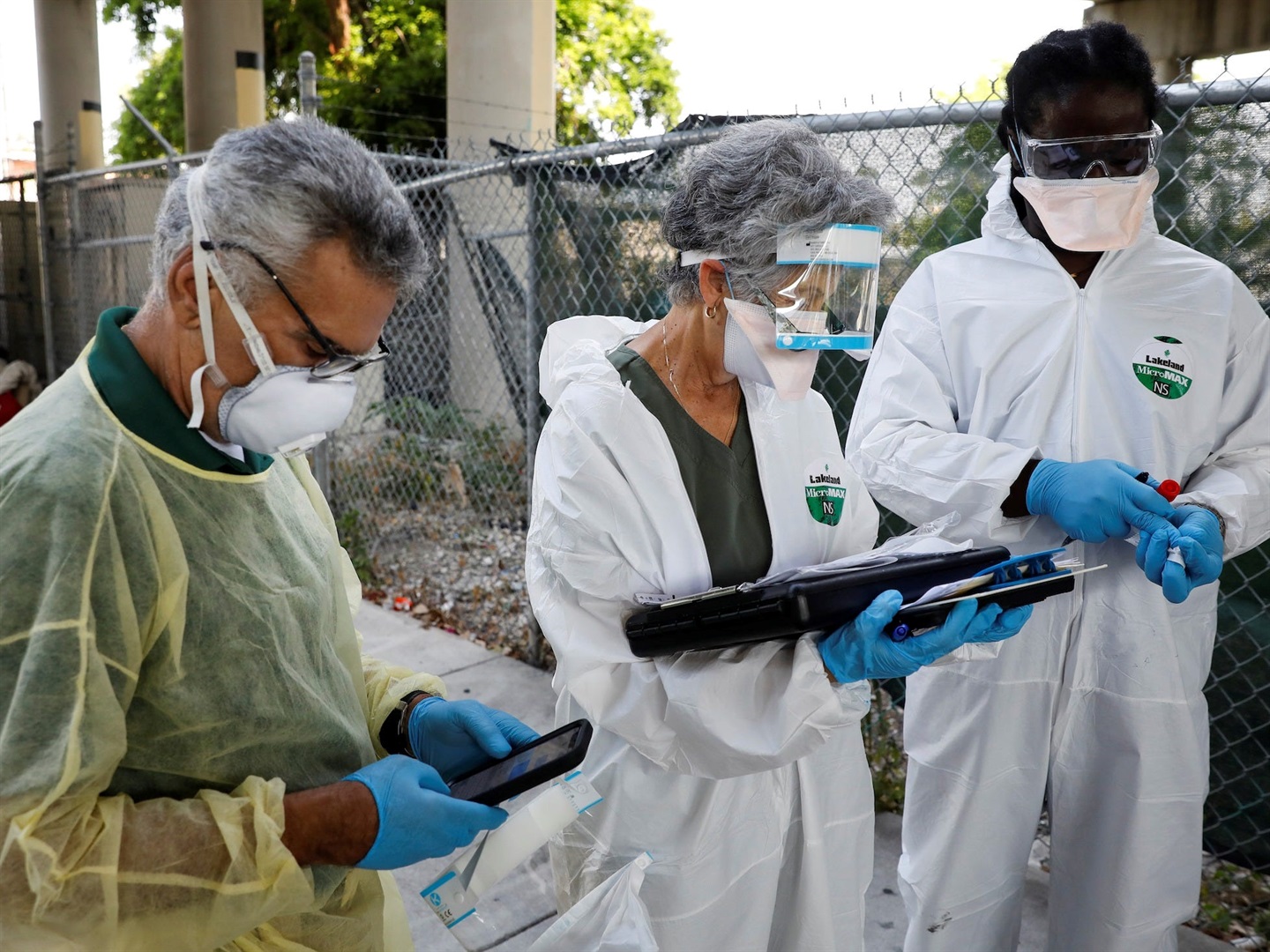 In April, it would have been hard to imagine that 36,000 new coronavirus infections in a day - the top of the US's first peak - could ever be seen in a positive light.

But after the last two weeks, such a sum would be a relief - it would represent a significant drop from where we are now. The US recorded 60,021 new cases on Tuesday, according to a Johns Hopkins University database.

That count represents the first time the country has breached 60,000 infections in a single day.

Daily case counts first began to creep up again in mid-June. New infections passed the previous record high on June 25, when more than 39,000 cases were reported. The next day, the country exceeded 45,000 cases, breaking the prior record. Then it happened again, and again.

The primary reason for this spike is exactly what public-health experts warned of a couple months ago. When states started reopening businesses and lifting shelter-in-place orders in late April and early May, many did not meet the White House criteria for doing so safely. The guidelines instructed states to see either a two-week decline in cases or a two-week decline in the share of coronavirus tests coming back positive before they reopened.

But 21 states started reopening around May 7 without seeing those trends, according to the New York Times. As of Wednesday, daily case counts are rising in at least 37 states.

In the last couple of weeks, many governors and mayors began pausing or backtracking those reopenings.

Daily death counts could rise, too

Both the New York Times and the Covid Tracking Project recorded a spike of more than 900 new deaths on Tuesday - the largest in several weeks. But overall, deaths have not risen nationwide alongside cases recently. That may be because the virus is mostly spreading among young people, who have gone out to bars and social events amid the reopenings. Those in younger age groups are less likely to die from a coronavirus infection.

However, it takes time to die from the coronavirus, so death tolls tend to lag behind case counts by three to four weeks. That means deaths may yet begin to rise across the country. In places like Texas and Arizona, that has already begun. Tuesday's number could signal the beginning of that tragic trend on a national scale.

A precursor to deaths - hospitalisations - is also currently on the rise in many states with the worst surges. Alabama, California, Georgia, North Carolina, South Carolina, and Texas all reported record-breaking hospitalisation rates this week, according to The Washington Post.

The chart below tracks new daily Covid-19 cases alongside the total number of coronavirus patients in the hospital nationwide. Different organisations use their own methods to track coronavirus cases across the US, which yield different results.

Although the Johns Hopkins tracker shows that the US exceeded 60,000 new cases on Tuesday, the numbers from the The New York Times and Covid Tracking Project are lower and do not show the country setting a new record. The Centers for Disease Control and Prevention has not yet reported a case count for Tuesday.

This discrepancy could come from different case-tracking methods. Johns Hopkins and other databases update their numbers in real time, as states and counties publish new data. The CDC, however, counts new cases on the date that states submit them to the agency. Its website recommends deferring to local health departments if there is a mismatch between their data and the CDC's, since it "may be due to the timing of the reporting and website updates."

Still, all these databases show cases rising rapidly in Texas, Arizona, Florida, and many other states. The overarching trend in the numbers is the same, even if the specifics differ.

"I would not be surprised if we go up to 100,000 [cases] a day if this does not turn around, and so I am very concerned," Anthony Fauci, director of the National Institute of Allergy and Infectious Diseases, told the Senate on June 30, adding, "it could get very bad."

Emergency rooms and intensive-care units across the US are already showing signs of strain. The mayors of Houston and Austin have warned they have just two weeks until their hospitals start hitting capacity. In Florida, Miami-Dade county hospitals could max out by August, according to local news site WPLG.

To prevent further spread, Fauci has recommended mandating face masks and keeping indoor bars closed. He has also emphasised that young, healthy people should continue taking precautions, since they could still fall seriously ill or spread the virus to more vulnerable people.

"We are still knee-deep in the first wave of this," Fauci said on Monday. "We went up, never came down to baseline, and now it's surging back up. So it's a serious situation that we have to address immediately."

Related Links
Trump is considering banning TikTok to punish China over Covid-19
US passport loses its privilege as countries ban travellers from countries with uncontrolled...
Librarians in this US city asked to help with Covid-19 testing – it doesn’t have a health department
Next on Business Insider
A man was jailed in Spain for defrauding his employer by stealing 7,000 hugely expensive hams