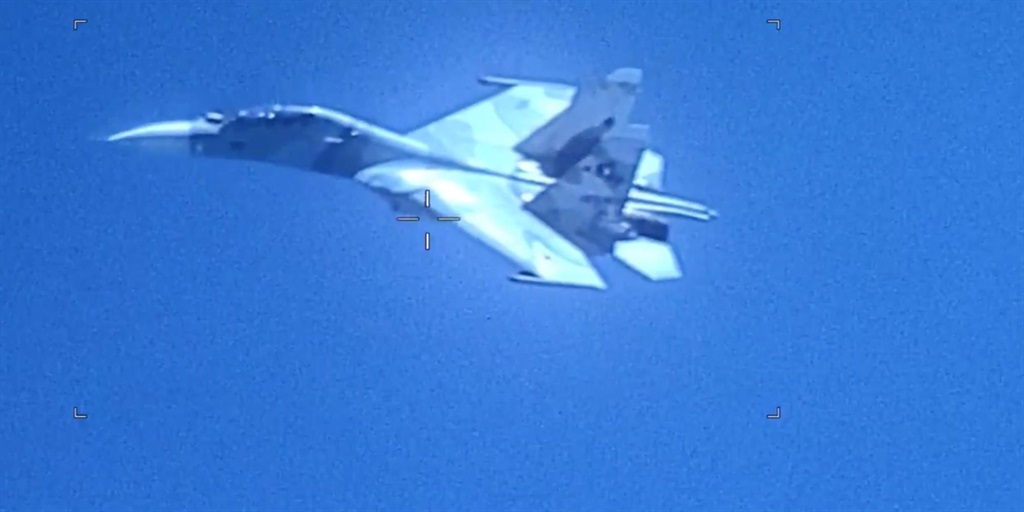 Screenshot via US Southern Command

The US Southern Command, which is the agency responsible for security cooperation and operations in Central America, South America, and the Caribbean, tweeted to condemn the incident, which it said happened during an American mission that was monitoring for illegal trafficking.

The tweet also slammed Russian President Vladimir Putin for offering military assistance to the country's far-left leader Nicolas Maduro. The US, in addition to most Latin American and European countries, recognises opposition leader Juan Guaidó's claim to be the rightful leader of Venezuela.

The US Southern Command reportedly said in a statement that the aircraft was "flying a mission in approved international airspace" when it "was approached in an unprofessional manner by the SU-30 that took off from an airfield 200 miles east of Caracas."

'The US routinely conducts multi-nationally recognised and approved detection and monitoring missions in the region to ensure the safety and security of our citizens and those of our partners," the command added.

Venezuela has been home to widespread chaos and unrest after a US-backed bid by the Venezuelan opposition to remove Venezuelan President Maduro failed in April after senior Venezuelan government and military officials flaked on promises to switch sides and instead stood by the president.

The movement to oust Maduro had enjoyed widespread civilian support but previously failed to gain support from the military.

The effort came months after Guaidó declared himself interim president of Venezuela in January and urged the military to turn against Maduro.

President Donald Trump previously said on Twitter in early June that Russian forces had withdrawn from the country, though the country reportedly denied it discussed with the president withdrawing its defense personnel.