The US govt, allegedly, has millions of chickens laying eggs for flu vaccines in secret 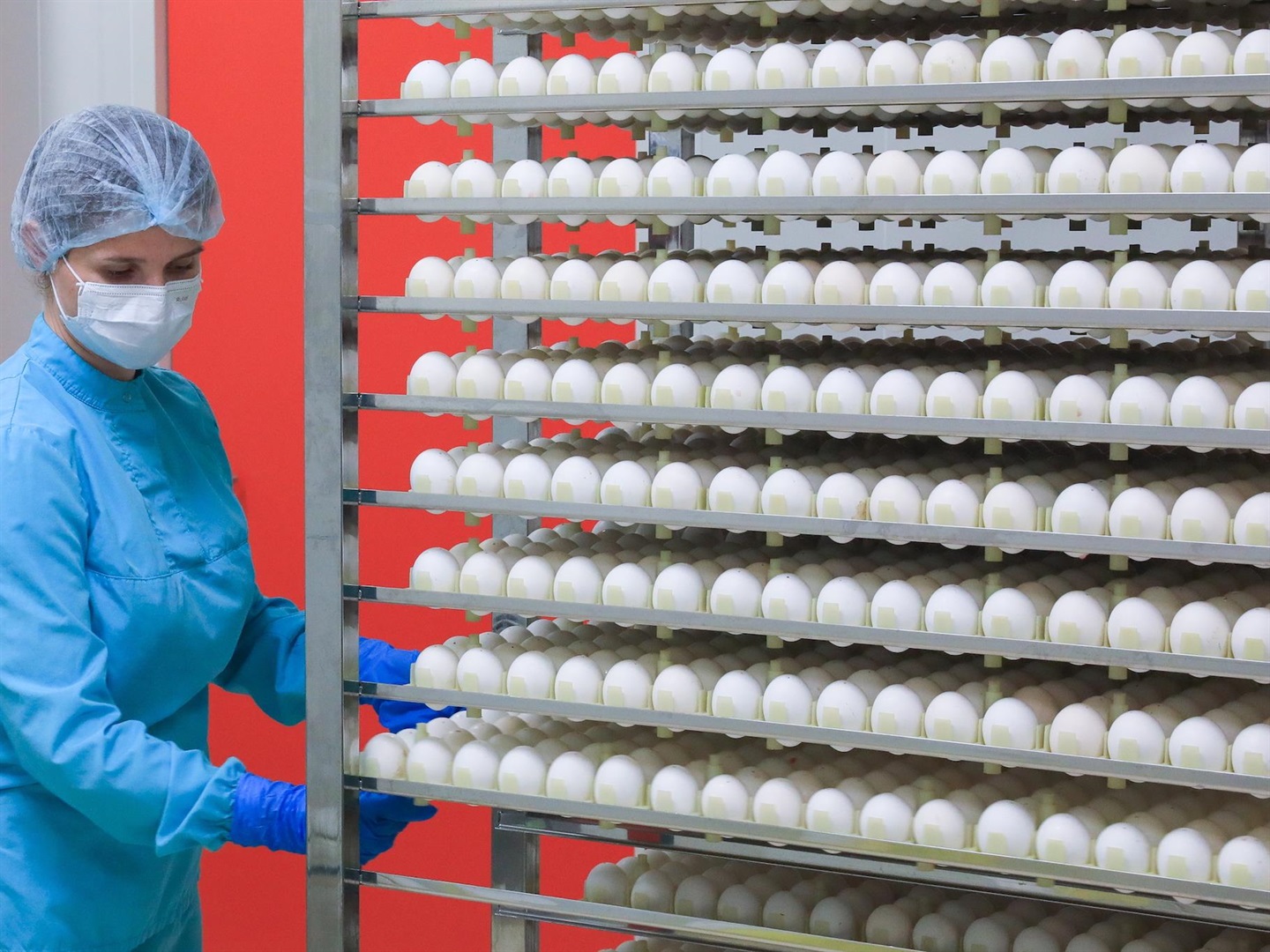 Production of a flu vaccine in a room for processing chicken embryos at a pharmaceutical plant in Russia in 2019. Alexander Ryumin/TASS / Getty

Their number and location are a matter of national security. Their purpose is to make vaccines. These are America's hidden chickens.

Across the United States (US), there are potentially millions of chickens laying eggs every day, year-round, for flu vaccines. According to CNN, during the most recent flu season alone (to the end of February), 140 million eggs could have been used for vaccines. And hens only lay a single egg each day.

The flu is expensive. According to the Centers for Disease Control and Prevention (CDC), it costs the US about $10.4 billion (R1.9 trillion) each year for hospitalisations and outpatient visits.

The cost of the chickens isn't public, but one three-year contract between the US Department of Health and Human Services (HHS) and a private company for year-long egg supplies cost $42 million (R779 million), and CNN reported the HHS has a number of contracts meaning the actual cost could be worth tens of millions of dollars.

Rick Bright, director of the Biomedical Advanced Research and Development Authority in Washington told NPR's Planet Money, after the avian flu scare in 2001, to make sure the country was ready for a pandemic, the US government secured a: "large number of chicken flocks".

"All year, the government funds a constant supply of chickens in case there's a pandemic. So, he said: "No one has to go looking for new chickens."

When he was asked where they were, he said: "A lot of farms that we have [are] in undisclosed places. As you can imagine, it's our national security."

When he was asked how many there were, he repeated: "It's a national security secret."

He said creating a vaccine through chicken eggs was "a shockingly fragile, delicate, expensive process." Thousands of chicken eggs were needed, and because hens only lay a single chicken each day, the chickens needed to be "working around-the-clock for their one egg."

Then, he said, those eggs go from a farm to a pharmaceutical company, where the vaccine is tested.

According to CNN, the US government gets its vaccine from a few different manufacturing companies. These companies get their eggs from this government supply.

To create a vaccine a needle pokes a hole in the eggs and a flu virus is injected inside. The hole is sealed, and the egg is incubated for 10 days. The virus grows in the egg white, then the egg white is removed, chopped up to kill the virus, and detergent is added: the final result becomes the vaccine.

But Hong Kong University clinical professor of pathology John Nicholls told CNN these eggs won't work for the coronavirus, because it has different characteristics than the flu, so it can't replicate in egg whites.

Bright also said he'd like "to retire the government chickens" since vaccine companies are now exploring faster ways to make a vaccine. He told NPR he'd like them to "get some rest and go about doing other important things."