US unseats China as world's biggest bitcoin miner, accounting for a third of the global hash rate 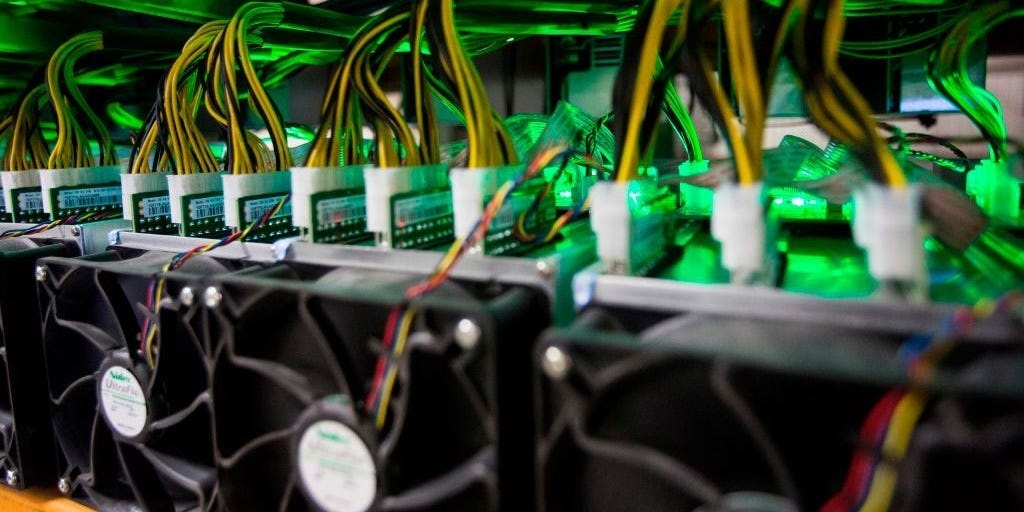 The US unseated China as the world's biggest bitcoin miner, accounting for a third of the global hash rate, after Beijing banned all cryptocurrency transactions, data from a new report showed.

The US share of the global rate has more than doubled to 35.4% from 17% in April, according to a report from the Cambridge Center for Alternative Finance published on Wednesday. China's global hash rate, meanwhile, plunged to zero from 44% in that time.

Hash rate is a key measure of how much computing power is required to support the network and to create bitcoin. It is also important to the bitcoin security protocol that prevents any double-spending of bitcoin.

The increase in the US hash-rate share came after China in September banned all cryptocurrency transactions. The People's Bank of China said virtual currencies "are not legal and should not and cannot be used as currency in the market."

Leading up to the ban, Beijing had been steadily tightening the screws on cryptocurrency operators. China in June ordered bitcoin miners operating in the country to shut down, citing environmental concerns. Right after that, nearly half of the bitcoin network went dark as miners immediately looked to where to migrate.

The overall crackdown has eliminated China as a bitcoin superpower. In September 2019, the earliest data Cambridge collected, China accounted for as much as 75% of the global hash rate thanks to an abundance of coal and hydro plants that kept electricity prices low.

Meanwhile, bitcoin miners outside China see tremendous opportunities for growth, including those in the US. October data from Foundry USA, a digital currency group, showed 19.9% of bitcoin's hash rate is in New York, 18.7% in Kentucky, 17.3% is in Georgia, and 14% in Texas, as first reported by CNBC.