More than half of Ukraine's children have been displaced since the war began, according to UNICEF 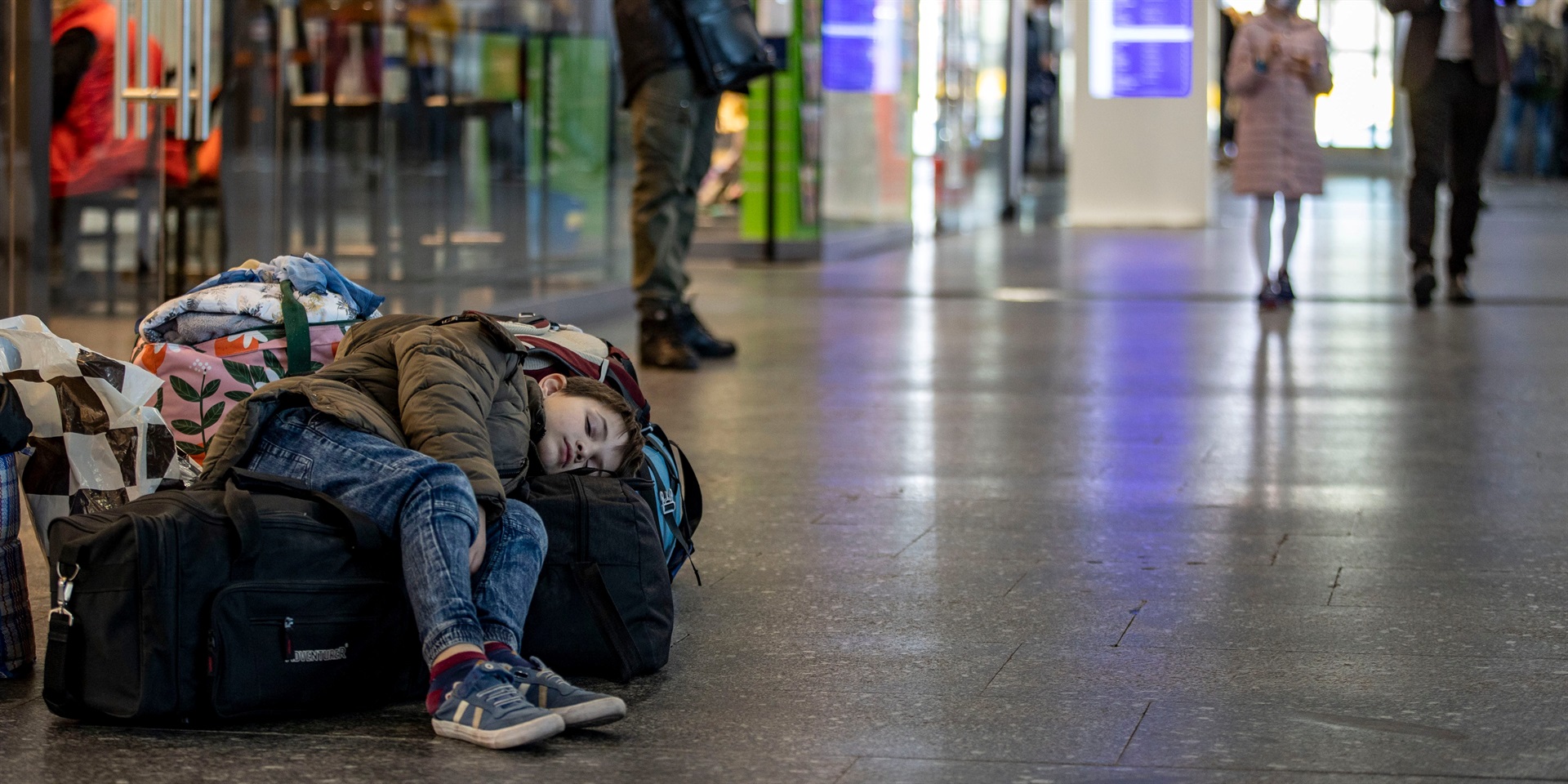 A little boy lies asleep on some travel bags, his mother is looking for ways to continue her journey. Photo by Christoph Reichwein/picture alliance via Getty

More than 4 million Ukrainian children have been displaced since Russian troops invaded the country one month ago, according to UNICEF.

The United Nations Children's Fund, which provides humanitarian aid to children around the globe, said that 4.3 million children — more than half of the country's estimated 7.3 million kids — have been displaced amid the war.

The organisation on Thursday said that number includes more than 1.8 million children who have become refugees after fleeing to neighbouring countries, as well as 2.5 million Ukrainian kids who are still in the country, but internally displaced.

"The war has caused one of the fastest large-scale displacements of children since World War II," UNICEF Executive Director Catherine Russell said in a statement. "This is a grim milestone that could have lasting consequences for generations to come. Children's safety, wellbeing and access to essential services are all under threat from non-stop horrific violence."

Last week, the agency said a Ukrainian child has become a refugee almost every single second since Russia invaded. Put another way, more than 75,000 Ukrainian children have become refugees every day since February 24.

The mass exodus out of the war-torn country has now surpassed 3 million.

President Joe Biden on Thursday said the US will take up to 100,000 Ukrainian refugees as the humanitarian crisis continues to grow.