Sergiy Kyslytsya, Ukraine's Ambassador to the United Nations, was consoled by fellow UN representatives on Wednesday after Russia's surprise announcement that it had launched a military assault on his country.

Kyslytsya, pictured above, is seen seated behind US ambassador Linda Thomas-Greenfield as she places a hand on his shoulder while the UK's representative, Dame Barbara Woodward, turns to face them.

He had moments before closed an emergency meeting of the UN Security Council with a sharply-worded speech to Russia's ambassador, Vasily Nebenzya, telling him: "About 48 minutes ago, your president declared war on Ukraine."

"There is no purgatory for war criminals," Kyslytsya said. "They go straight to hell."

The meeting, held to discuss Moscow's recent military actions in Ukraine, pivoted to include Russian President Vladimir Putin's declaration of a "special military action" in the country, effectively declaring war. Putin's announcement was aired while the meeting was still in session.

In another post-meeting photo, Kyslytsya is seen standing by himself while speaking on the phone. 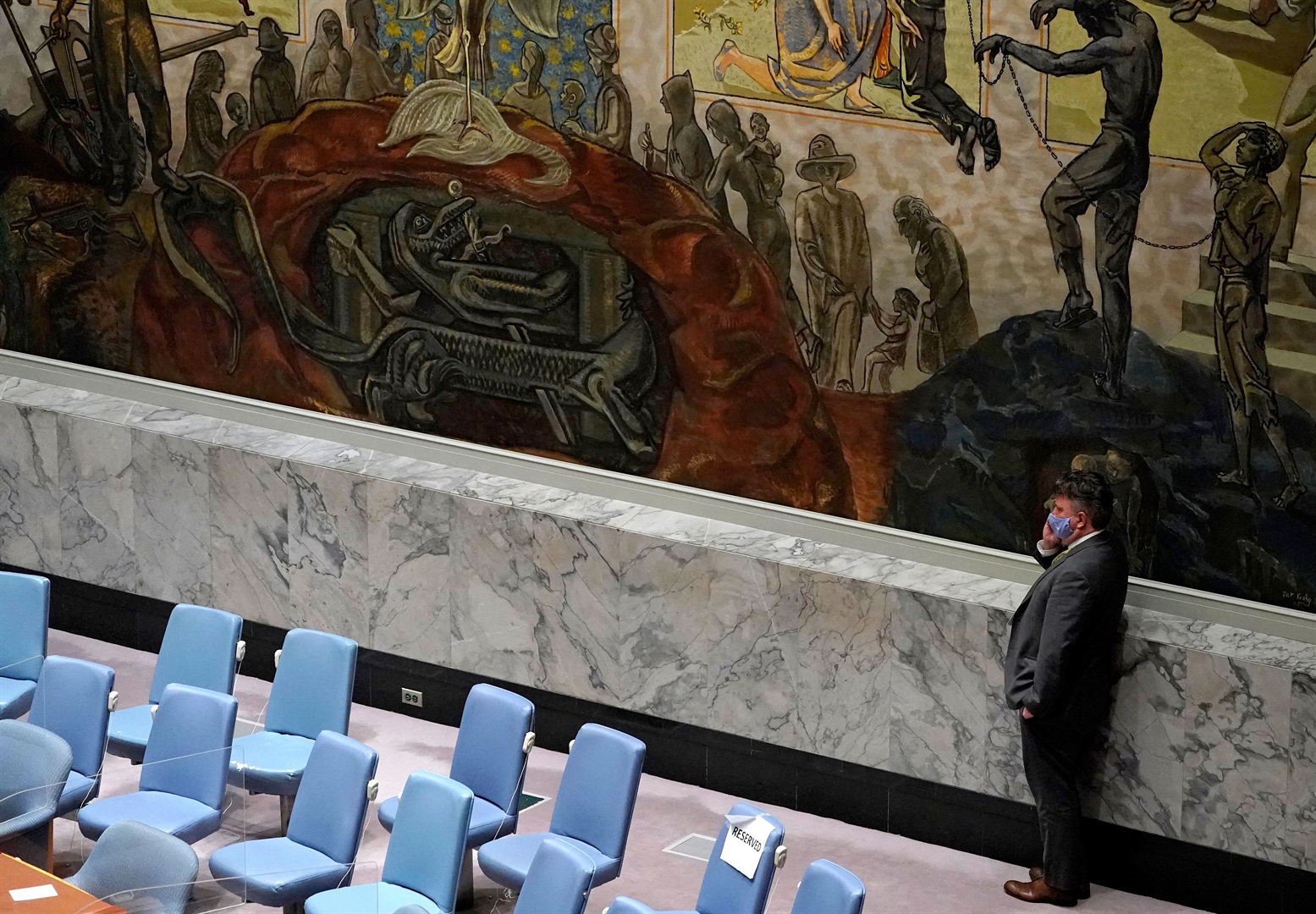 Sergiy Kyslytsya seen speaking on the phone after the emergency meeting of the UN Security Council.
TIMOTHY A. CLARY/AFP via Getty Images

Numerous media outlets have reported Russian attacks on Ukrainian soil, while reporters in Kyiv said they heard multiple explosions while in the capital city.

The Ukrainian Interior Ministry also said Russian tanks have crossed the border and that Ukrainian forces are being attacked by artillery and small arms.