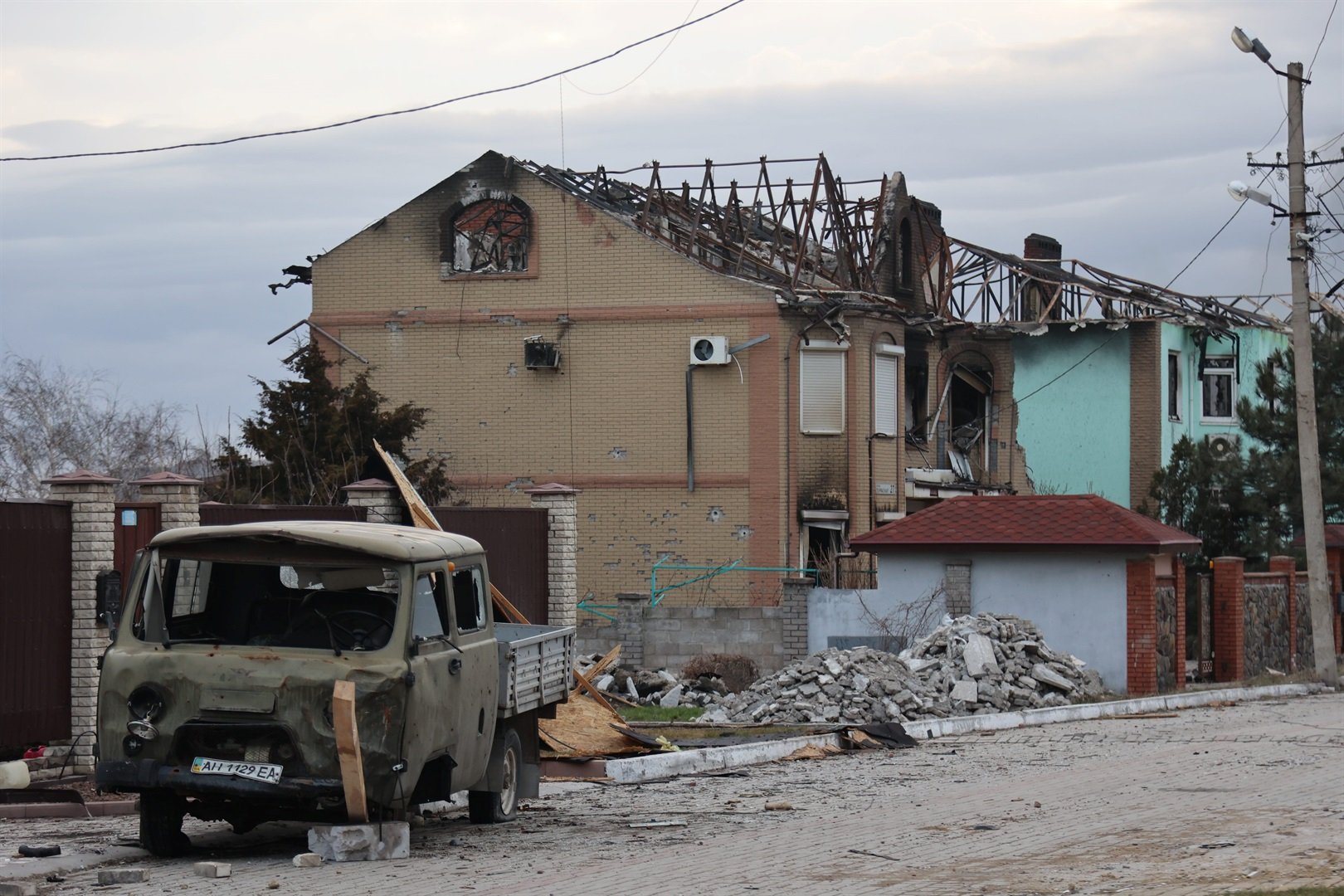 A view of devastation in the Ukrainian city of Mariupol under the control of Russian military and pro-Russian separatists, on April 4, 2022. Anadolu Agency via Getty Images

The city council of besieged Ukrainian port city Mariupol accused Russian forces of using mobile crematoriums to burn the bodies of civilians killed in the brutal assault and hide evidence of war crimes.

"They collect and burn the bodies of Mariupol residents murdered and killed as a result of the Russian invasion," the city council added.

It said Russian leadership "ordered the destruction of any evidence of crimes committed by its army in Mariupol" in the wake of international outrage over the death of hundreds of civilians in the Kyiv suburb of Bucha at the hands of President Vladimir Putin's forces.

Russian forces have continuously shelled Mariupol in a weeks-long campaign, targeting schools, hospitals, and even a theatre marked as a shelter with children inside.

The US State Department has suggested that Russian forces have "brutalised" the city because President Vladimir Putin is angry at Ukraine's fierce resistance.

Attempts to evacuate civilians or create humanitarian corridors from Mariupol have been difficult, and it's not immediately clear how many civilians have died there.

In a conservative estimate, the city council said around 5,000 civilians have been killed as a result of Russia's siege.

But, the city council warned, "given the size of the city, catastrophic destruction, the duration of the blockade, and fierce resistance, tens of thousands of civilians from Mariupol could fall victim to the invaders."

The city council also said that all potential witnesses to Russian forces' "atrocities" are being hunted through filtration camps — which Ukrainians have said are relocation camps for abducted civilians along the Russia-Ukraine border.

"The world has not seen the scale of the tragedy in Mariupol since the Nazi concentration camps. The Russian fascists turned our whole city into a death camp," Mariupol's Mayor Vadym Boichenko said in the Telegram post.

He added: "Unfortunately, the eerie analogy is gaining more and more confirmation. This is no longer Chechnya or Aleppo. This is the new Auschwitz and Majdanek. The world should help punish Putin's villains."