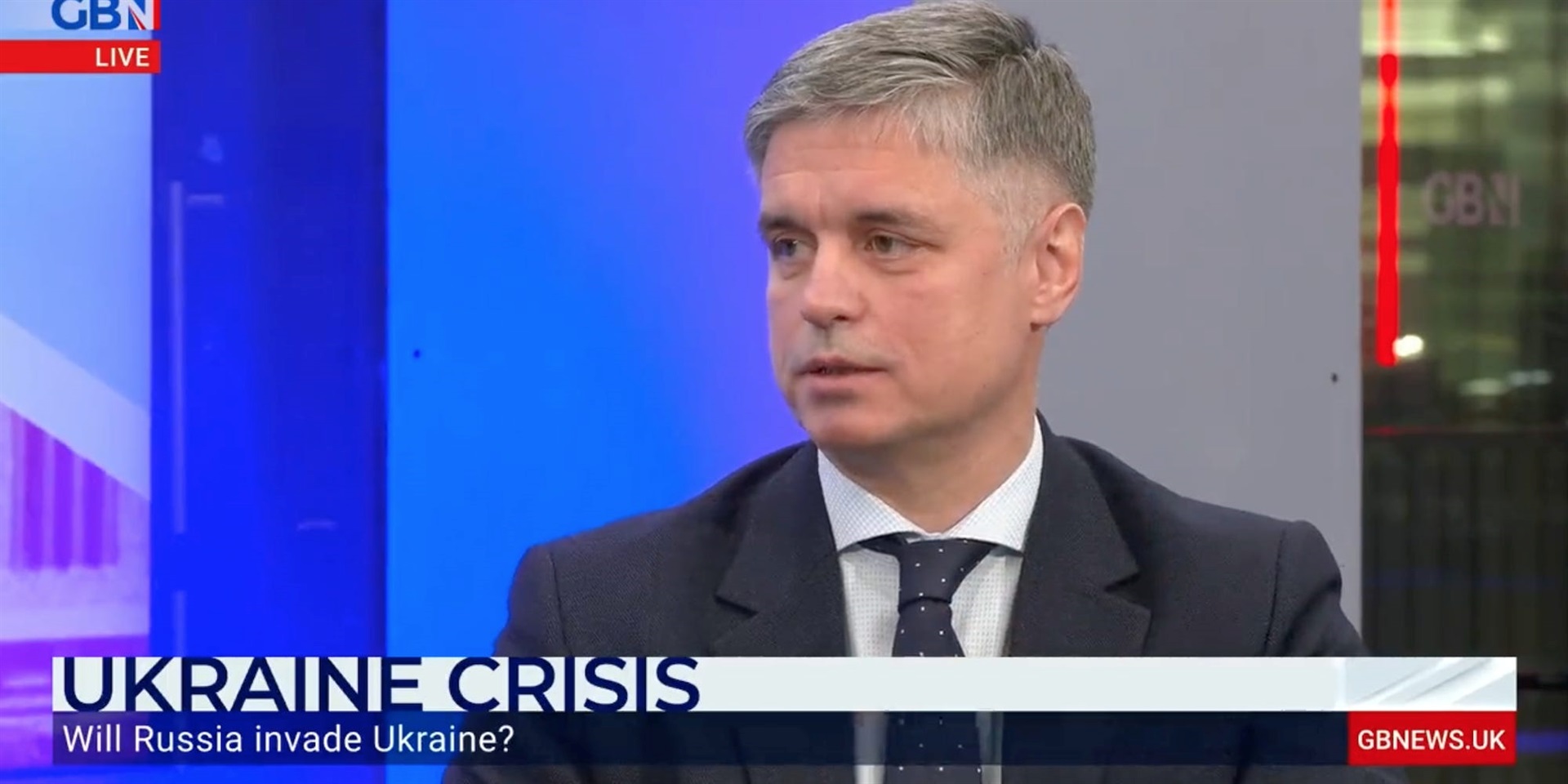 Ukraine's ambassador to the UK said that an attack by Russia could result in nuclear disasters like Chernobyl.

It came after a series of warnings that a Russian troop buildup on its border with Ukraine could escalate to an invasion.

Vadym Prystaiko spoke to UK broadcaster GB News on Friday, when he warned that Russia invading Ukraine would have consequences far beyond its borders.

He said that a conflict would have a high death toll and would create many refugees who could spread to other nations.

He also noted that Ukraine is home to many nuclear reactors which generate its electricity that Ukraine has multiple.

"We are second by number in nuclear stations, after France.  So if anything happens — we remember Chernobyl."

'I don't want to talk about something like using the big words like World War Three, but if anything happens...we will be fighting to the death.'

Chernobyl was the world's worst nuclear disaster. There was a power surge in reactor number four at the Chernobyl nuclear power plant in 1986, and it exploded, sending radioactive material over a vast space.

The explosion at Chernobyl, then part of the Soviet Union, was an accident cause by design flaws and human error at the plant, and was not part of any military action.

Prystaiko did not give details of how a Russian military campaign could damage nuclear sites, but seemed to suggest they could get caught up in the fighting.

Ukraine used to host a large part of the Soviet nuclear arsenal, but gave the weapons up in the years following its independence in 1991 and retained only civilian nuclear sites.

Prystaiko said: "I don't want to use big words like World War III, but if anything big happens we will be fighting to the death."

"We are a 40 million nation, the catastrophe will be enormous." He pointed out that there are already internally displaced people in Ukraine due to its ongoing conflict with Russia: "We have already 1.5 million people displaced, but we can observe them and we are observing them in our whole society."

Ukraine annexed the Crimea peninsula in 2014, and has also supported separatist movements in conflict with the Ukrainian government in the eastern provinces of Donetsk and Luhansk.

He said that in the case of a "major" military move by Russia, "we will contain it as much as we can."

Both the US and Ukraine have said that Russia is conducting a major troop buildup along its border with Ukraine, and that Russia could be preparing to invade in the next few weeks.

The head of the UK's armed forces warned this week that an invasion by Russia would be of a significance "'not seen in Europe since World War II."