The UK is pushing senior Democrats for a Brexit trade deal, as Biden retains election lead over Trump 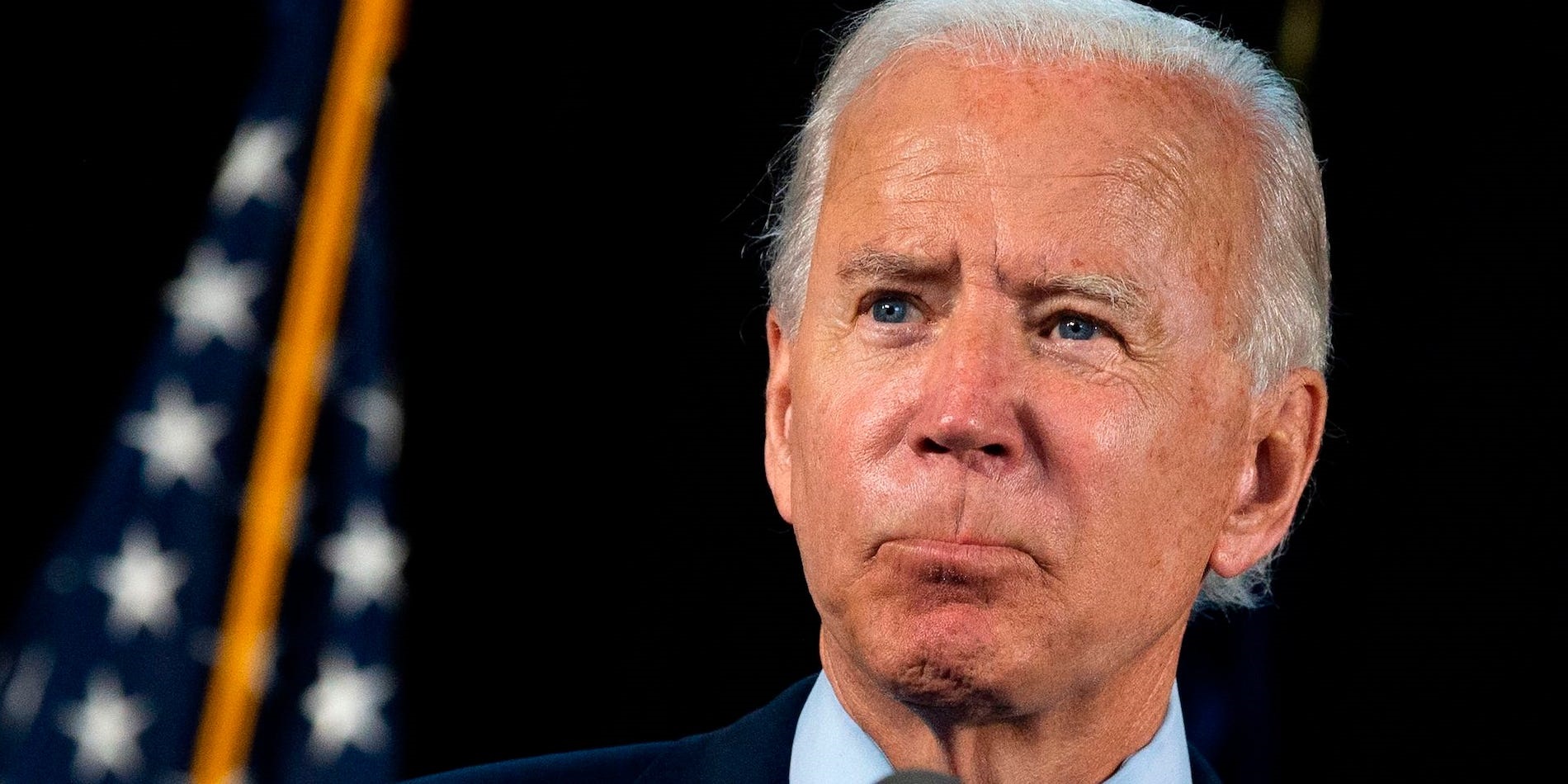 Democratic presidential candidate Joe Biden delivers remarks after meeting with Pennsylvania families who have benefited from the Affordable Care Act on June 25, 2020 in Lancaster, Pennsylvania.
JIM WATSON/AFP via Getty Images

The UK government has approached senior US Democrats in a bid to shore up cross-party support in Washington for a post-Brexit trade deal ahead of the 2020 presidential election, according to a report.

Ministers in the UK have approached senior Democrats in recent weeks in an attempt to ensure that there is support across the political spectrum for a post-Brexit trade deal, the Times of London newspaper reported.

Greg Hands, the UK trade minister, told the Times that UK ministers "never strategise around elections" but added: "We do make sure for the overall UK trade agenda that we maintain bipartisan support in the US political system."

He added that he had spoken to "Democratic senators, members of Congress [and] governors" about Britain's hopes for a post-Brexit trade deal with the US, according to the report.

It comes after Boris Johnson's administration in July reportedly abandoned hopes of signing a free trade deal with the US ahead of November's election, with a deadline in 2021 at the earliest now appearing more likely.

A free trade agreement would represent a big political win for Johnson, who wants to take advantage of Britain's new freedom outside the EU to strike bilateral deals with major economic powers.

The report comes as recent polling suggests the Democrat candidate remains on course for victory in November. Biden holds an average lead of 7.5 points over the president according to the Real Clear Politics polling tracker.

The UK said last week that its latest round of trade talks with the US had been positive, but the next round of talks is not until September and there remain significant sticking points in negotiations, particularly over agricultural products the US wants Britain to import and a digital services tax.

"Positive progress continues to be made in many of the areas covered by an agreement," said the UK's Department for International Trade in a statement on August 12.

"Both sides reaffirmed their commitment to negotiating a comprehensive and ambitious agreement. In terms of the timeline of negotiations, it was agreed that they should continue at pace throughout the autumn."

British officials privately blamed the coronavirus pandemic for the slow progress of talks, according to the Financial Times.

The prospect of a post-election trade deal means that negotiators could be dealing with an administration led by Joe Biden, the presumptive Democratic nominee, rather than by Donald Trump.

Trade experts are divided over whether a Biden administration would make the prospect of a trade deal more or less likely.

Gary Hufbauer, a senior fellow at the Washington-based Peterson Institute for International Economics ,told Business Insider in July that a Biden administration would be more willing to make compromises in issues including food safety standards and the digital services tax.

But James Kane, a trade associate at the London-based Institute for Government, said US negotiators were unlikely to drop many of its current demands.

"The US objective will remain to get US agricultural products into the UK. That will still mean removing tariffs and non-tariff barriers like the ban on hormone-treated beef and chlorinated chicken," he told Business Insider in July.

"The US tried to do that with the European Union under Obama, and I don't see why they'd do it any differently under President Biden."