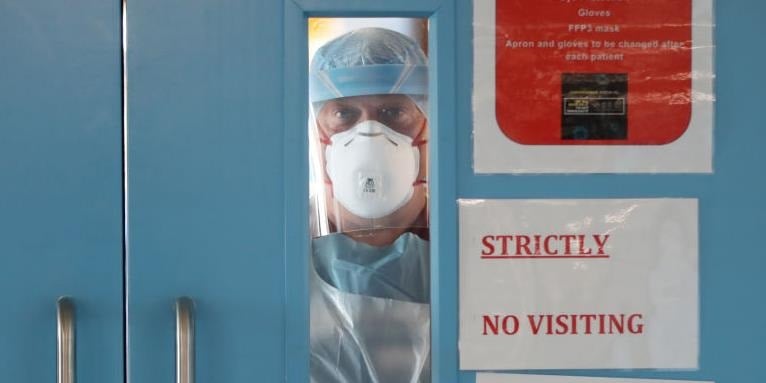 The UK has overtaken Italy as the worst-hit country in Europe for the coronavirus, according to the country's latest official statistics.

Over 32,000 people had died in the UK after contracting Covid-19 by May 2, according to data from the Office of National Statistics. This compares to just over 29,000 in Italy in the same period.

A separate analysis by the EU-backed monitoring agency EuroMOMO, also suggests that the real number of deaths linked to the virus in the country could be much higher.

It shows that England has also had the worst "excess death" rate in Europe since the coronavirus outbreak began and it is not dropping as fast as other European countries.

Almost every European country has seen a significant spike in excess deaths during the Covid-19 pandemic, but England has performed worse than Wales, Scotland, Northern Ireland, and all of the 24 European countries whose data EuroMOMO analysed.

The figures compare death rates in individual countries with their five-year averages to determine how many more have died compared to what would be expected at this time of year, the Telegraph reported.

The analysis found that England has experienced the largest peak of excess deaths for four weeks, and that its peak has remained for longer than any other country.

The latest data from the UK's Office for National Statistics, published on May 5, shows that there were 11,539 excess deaths in the week to April 24, a small decrease compared to the previous week. Of those people who died, 8,237 of the death certificates mentioned the coronavirus.

Research last week found that almost 18,000 more people could die with cancer in England this year because hospitals have suspended treatment and because the pandemic has discouraged patients from seeking care.

Leading scientists and doctors have also said they are worried by drop of nearly 50% in the number of people seeking accident and emergency treatment last month, according to Sky News.`

Professor Carrie MacEwen, chair of the Academy of Medical Royal Colleges, said in a statement: "We are very concerned that patients may not be accessing the NHS for care because they either don't want to be a burden or because they are fearful about catching the virus.

"Everyone should know that the NHS is still open for business and it is vitally important that if people have serious conditions or concerns they seek help."