LONDON - Boris Johnson's call for a Christmas election has finally been granted, with opposition parties agreeing to his demand for a new vote on December 12.

On paper, it might look like the Conservatives will comfortably win the next election, putting them into power for another five years, and giving Johnson the numbers he needs to force Brexit through parliament.

A recent Opinium survey, for example, put the Conservatives on 40%, 16 points ahead of Labour on 24%, with the Liberal Democrats on 15% and the Brexit Party on 10%. That indicates enough support, in theory, for the Conservatives to win a comfortable majority.

However, in reality, Boris Johnson has taken a huge gamble by calling an election which could end either in triumph or disaster for both his government and the entire Brexit project.

If he fails then Labour leader Jeremy Corbyn will become prime minister and the UK will head for a second referendum which most polls suggest Remain will win.

So can Johnson's strategy work or will it all go badly wrong? Here's everything you need to know about the key battlegrounds and how they will decide the next election.

Where are the key battlegrounds? There are 13 Tory MPs in Scotland, but the Conservatives could lose all of those seats.

A YouGov survey in September, which was conducted across the 13 constituencies, indicated a 14% drop in the party's vote share in those seats, from 44% to 30%.

The Scottish National Party's vote share, meanwhile, was predicted to rise from 34% to 42%.

That's because the majority of Scottish voters voted to Remain in the EU and are increasingly disillusioned with the Conservative Party's push for a hard Brexit.

The Conservative vote share will also be damaged by the departure of Scottish Conservative leader Ruth Davidson, a popular figure who softened the party's image and was credited with the party's unexpected success north of the border in 2017.

The South-West of England & ultra-Remain seats

The Conservatives are likely to lose seats to the ultra-Remain Liberal Democrats and Labour, who have called for a second EU referendum.

The Lib Dems plan to campaign relentlessly on Brexit and have even pledged to revoke Article 50 altogether if they win a majority. They don't expect to win a majority but hope the message will help them pick up Remain-voting Conservative seats, as well as traditional strongholds in the southwest which they lost to David Cameron in 2015.

The party also hopes to win ultra Remain-voting seats in urban areas, particularly in London. That is why they have picked high-profile MPs who defected to the party from Labour and the Conservatives this year to run in Conservative-held London seats which voted to Remain. That includes Labour defectors Chuka Umunna running for the City of Westminster seat and Luciana Berger running for Golders Green & Finchley.

Johnson also faces a squeeze on the other side of the political spectrum. Nigel Farage's Brexit Party, which advocates a no-deal Brexit, is currently polling on as much as 10%.

While Britain's first-past-the-post system means Farage's Brexiteers are unlikely to pick up many seats, they could steal enough Conservative votes to deprive the Tories of a majority in seats where they otherwise might have won.

What is Boris Johnson's strategy? 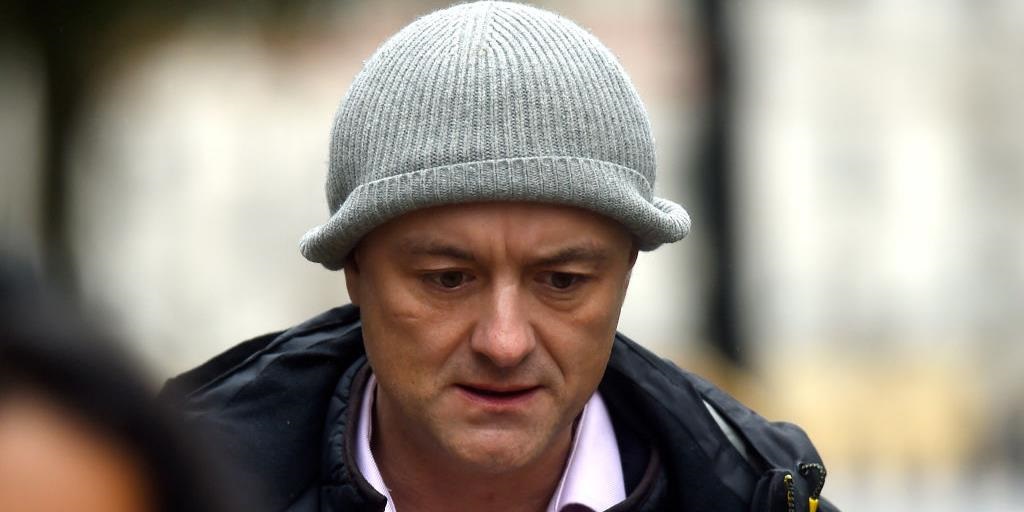 Boris Johnson's chief strategist Dominic Cummings
Getty
Johnson wants to run a "people vs. parliament" campaign arguing that the current crop of MPs has done everything it can to block Brexit.

He will insist he has negotiated a good Brexit deal while Jeremy Corbyn has delayed and pushed for a second referendum. He is relying on polling that Labour voters who backed Leave could be tempted to back a Conservative leader.

The Conservatives hope that strategy will pay off and have identified between 30 and 40 marginal seats which they believe are key to winning a snap election, the Telegraph reported.

Most of those seats are Leave-voting areas in northeast England and the Midlands. They include Bishop Auckland in County Durham, where Labour has a majority of 502, and Stockton South, where Labour's majority is 888, as well as Barrow & Furness, Dewsbury, and Wakefield.

Conservative strategists believe that potential gains made in those areas could offset their losses in Scotland and the south.

A split Remain vote between Labour and the Lib Dems could also help them win ultra-marginal seats.

James Johnson, who was a pollster for Johnson's predecessor Theresa May, told the Sunday Telegraph: "These are seats that look hopeless on paper for the Conservatives but that they could win with a split Remain vote - even if the Tories lost votes."

What is Labour's strategy? Getty
Labour leader Jeremy Corbyn needs to hold onto a fragile coalition of Leave and Remain voters to repeat the party's performance at the last general election, when it gained 30 seats and secured 40% of the vote share but won fewer seats than the Conservatives.

The party will accordingly try to shift the debate beyond Brexit, to areas where Labour is more comfortable, pledging to reverse austerity and restore funding to public services. This strategy will be especially important in Leave-voting Labour heartlands, where Labour knows it will lose the debate if it is focused on Brexit.

The strategy could work. A poll conducted in August found that traditional low-income Leave voters who Johnson is targeting care more about the cost of living, crime, and housing than Brexit. That is why Johnson has spent so much time visiting hospitals and pledging to boost police numbers in recent weeks.

But voters motivated by such issues may be reluctant to back the Conservatives, who have made big spending cuts since they took office in 2010. Historically, Labour have been more trusted on areas like the NHS and the cost of living.

Why could Johnson's strategy backfire? Getty
Boris Johnson could be Theresa May 2.0

There are a number of reasons why Johnson's election bid may backfire, as Business Insider recently reported.

First and foremost, the Conservatives will be worried about a repeat of the 2017 general election in which a disastrous campaign saw the party lose their majority.

When Theresa May called the election, she had very high approval ratings and big opinion poll leads. But the prime minister's awkward media performances - which saw her s and a disastrous manifesto meant the party's poll ratings plummeted during the campaign. Labour, which ran a tightly messaged campaign, ended up neck and neck with the Conservatives in the polls, and they ultimately made a net loss of 13 seats.

The Conservatives will hope that Johnson is not a repeat of Theresa May, but it is far from guaranteed. He has already had several awkward run-ins with hostile members of the public, and even small slip-ups have proved damaging for prime ministers on the campaign trail.

Another huge problem is the fact that Johnson will need to win a lot of seats just to make up for the loss of Remain-voting ones.

His strategy to win Leave-voting seats which have been held by Labour for decades might ultimately work, but there is very little margin for error for the prime minister.

Failure on any part of his strategy risks an early end to his premiership and possibly even to Brexit itself.

Related Links
The People's Vote campaign for a second Brexit referendum is in meltdown as staff stage walkout...
The EU agrees to delay Brexit until January 31 2020
Boris Johnson quietly pulls R1,8 billion 'Get Ready for Brexit' adverts after asking the EU for a...
Next on Business Insider
FBI and MI5 warn on threats from China - say UK disrupted cyberattack on 'critical' aerospace firms