Uber drops 4% after the UK Supreme Court rules that some drivers are workers, not contractors 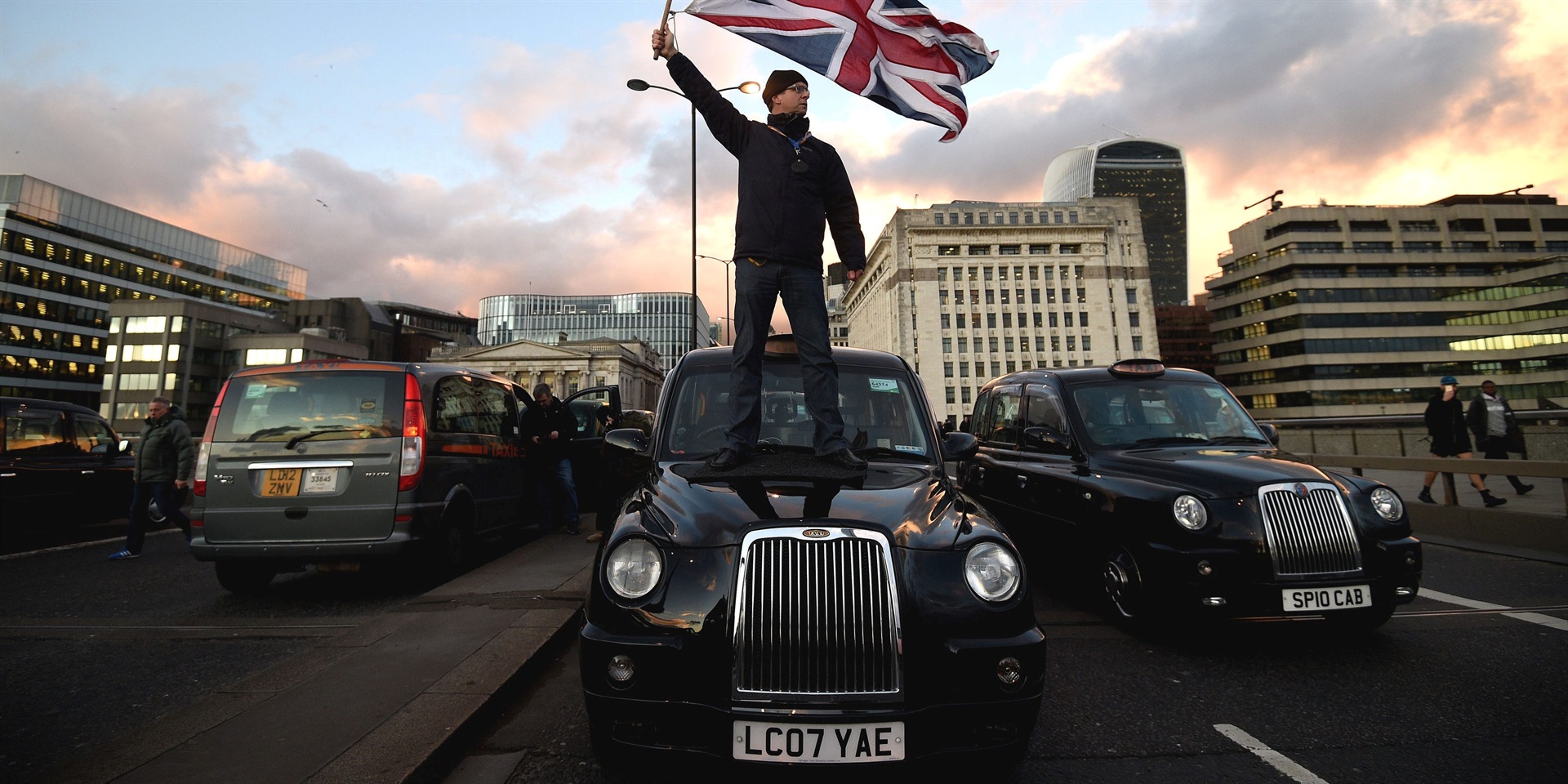 A black-cab driver waves a Union Jack flag whilst standing on a taxi on London Bridge, during a protest against TfL and Uber.
Kirsty O'Connor - PA Images / Getty Images

Uber fell as much as 4% in premarket trades on Friday after the UK Supreme Court ruled that a group of drivers of the ride hailing app were workers, not independent contractors.

The ruling was a blow to Uber, which has been fighting the lawsuit since 2016, when two ex-Uber drivers filed the lawsuit against the company.

The decision from the UK's highest court entitles Uber drivers to basic worker rights like holiday pay and a minimum wage. The UK represents Uber's largest European market, with more than 40,000 drivers.

The dispute will now go to a tribunal, which will determine how much the 25 drivers who led the case against Uber will be awarded.

Uber, which has lost every appeal on the matter, said that the verdict "does not focus on the other drivers on the app, nor does it relate to couriers who earn on Uber Eats".

But the ruling could have wide ramifications for workers and companies within the gig economy across Europe. Uber recently won a similar battle in California last year with the Prop 22 ballot initiative.

Wedbush analyst Dan Ives believes the UK ruling "revives a nightmare for Uber," according to a Friday note.

"This case could set a precedent for other workers and companies in the gig economy throughout the UK and Europe which would be a body blow to the overall ecosystem," Ives said.

Uber could be more prepared to handle the UK ruling after it implemented different strategies during the Prop 22 fight in California, like allowing drivers to choose which riders to accept and set their own rates, Ives said.

Uber has "cleared many challenges and hurdles over the past 18 months and now is in a position of strength heading into a 'reopening dynamic' over the next 6 to 9 months," Ives said, adding that the UK ruling is a "contained risk."

* This article was updated after publication to clarify that, though the implications may yet be broader, the ruling in question applies only to a limited group of drivers. It has also been corrected to reflect that the Uber drivers were declared to have been workers, not employees as previously reported. (UK law distinguishes between the two, and workers have more limited protections than employees.)