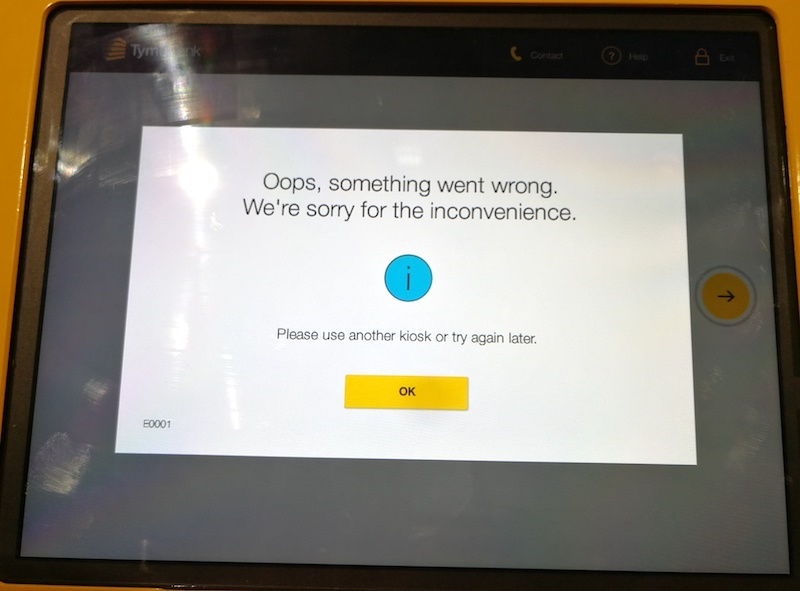 TymeBank, the upstart challenger owned by mogul Patrice Motsepe's holding company African Rainbow Capital, is rapidly signing up customers with its promise that not paying for bank branches will keep its services much, much cheaper than South Africans are used to.

That, and the promise of ease of use.

"No documents. No stress. Opening and using our EveryDay account is quick and easy," Tyme says on its website.

But when we tried to sign up for an account this week, we gave up after an hour of technical failures and systems that just wouldn't work – and that the lack of a branch network made stressful.

Here is how things went disastrously wrong when we tried to open an account with TymeBank.

Tyme now has more than a hundred locations across the country where you can collect a debit card.

The kiosk locations, at Pick n Pay and Boxer stores, are rapidly expanding. You can open an account online first – which with hindsight seems an excellent idea – but you have to go to a kiosk to get your card anyway.

Disastrously, we reckoned it would be easy enough to go through the entire signup process at the kiosk, then.

Our chosen kiosk, at the Pick n Pay in Rosebank, Johannesburg, turned out to have a full-time ambassador on standby to help. Dumisani Dlamini is at hand to provide technical assistance and tips – such as avoiding his kiosk at lunchtime, when the queues build up quickly.

The kiosk is carefully positioned so just about every shopper leaving the tills walk past it, and there is only one machine. Though many transactions can supposedly be done quickly, anyone signing up could take a while, as we discovered.

The kiosk is a Samsung tablet with a camera and fingerprint reader attached, plus a card-printer to personalise debit cards. The camera serves no purpose right now, but Dlamini tells us it will in future be a backup authentication device, using facial recognition to match customers to their home affairs pictures.

It is not an ATM. Cash services are via Pick n Pay and Boxer tills, which also offers cash withdrawal for other banks. Two clicks takes you to the signup page where you can start the process of opening an account.

... but that is where things started to go wrong.

As soon as we tried to sign up, error messages started to appear. Ambassador Dlamini sprang into action, rebooting the tablet several times, getting in touch with head office, and rebooting the kiosk several more times while we hung around and watched messages such as "failed to validate product key" appear and disappear.

This is when we met the TymeBank timeout screen, soon to become an old friend. After considerable poking and prodding – none of which would have been possible without an ambassador – we got to start signing up... 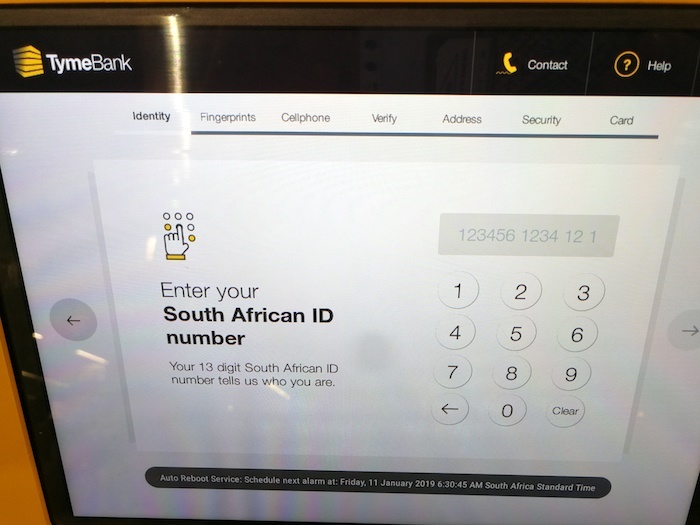 ...and discover that Tyme really, really wants to send us marketing messages. And you have to be firm about it. 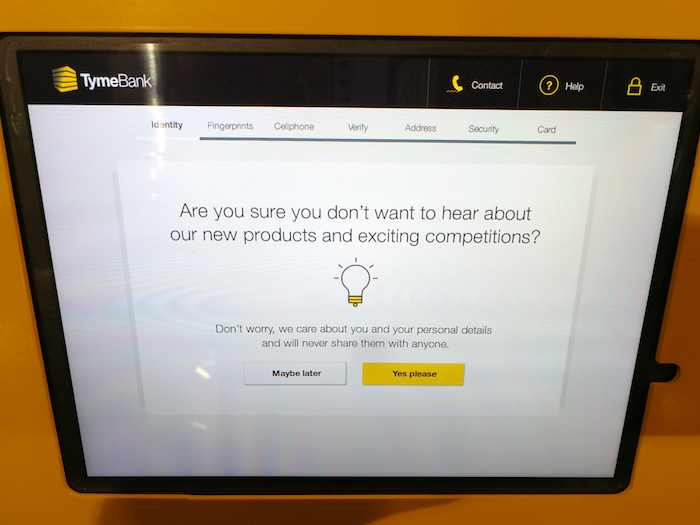 Having reassured Tyme that we definitely didn't want marketing messages, it was time to scan fingerprints... The system requires two thumbprints, which were captured quickly and cleanly.

and verify a cellphone number.... ... and provide a couple more details. TymeBank wants to know only a couple of things: the source of the funds you want to deposit, roughly how much money you intend to deposit, and your home address.

And then, nothing but trouble. The system crashed – and that is where things fell apart entirely.

With an apparently part-created account, we weren't allowed to start the registration process from scratch. The system wouldn't let us log in using the captured thumbprints – as many attempts proved – and we had not yet created a PIN as an alternative means of logging in.

So we phoned up the TymeBank call centre.

After six minutes on hold the consultant at the other end had a solution: use a smartphone to access the TymeBank website, and use the PIN reset function there.

This was easier said than done. The PIN reset function crashed, then wouldn't initiate, then crashed again. 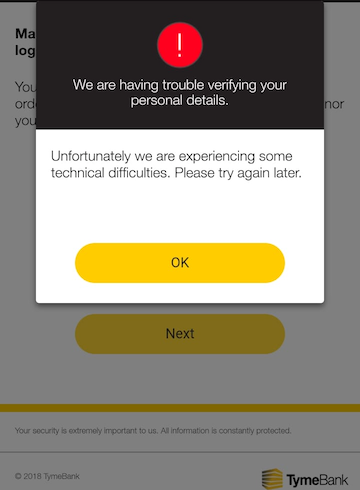 The TymeBank Android app was no help either – because it requires a PIN to log in.

An hour after starting the attempt, and faced with the prospect of another lengthy hold on the phone, we called it quits on trying to sign up for TymeBank.

And walked out of the store, right past the suddenly inviting sight of a Capitec branch.