Atkins and Biccard will transform into the characters from The Legend of Zelda. Photo: Giantshev Photography
South Africans Kelsey Atkins and Natasha Biccard will compete on the stage of the world’s largest cosplay competition, The World Cosplay Summit, this weekend.

It will be the first time cosplayers from Africa will participate in this prestigious tournament, which features teams from 36 countries, in front of a jam-packed stadium in Nagoya, Japan the home of cosplay.

“[Cosplay] started here, and it shows. EVERYONE knows what cosplay is. We walk down the streets and people know what we are doing and are so excited about it,” said Atkins. Atkins who goes by the name JinxKittie Cosplay, and Biccard, known as Maoukami Cosplay, will transform into the characters Princess Zelda and Link the knight, from one of the world’s most loved computer games The Legend of Zelda. Atkins, known as JinxKittie Cosplay, and Biccard, known as Maoukami Cosplay, will transform into the characters Princess Zelda and Link the knight, from The Legend of Zelda. “We chose Legend of Zelda because of how similar the characters' dynamic is to our own. We both relate to Zelda and Link respectively. Because of how they hold themselves, how they protect Hyrule. In our eyes they are heroes,” said Biccard.

“They are heroes we aspire to be like. Not just that, but they are beautiful and challenging designs that we wanted to bring to life,” said Atkins.

Thousands will be glued to their computer screens to watch the live stream of the event online.

The cosplayers say some of the top teams to look out for this year are Indonesia, Denmark, Japan and Australia.

“Cosplay for me is a huge part of my life. It's an outlet for my creativity, and it's greatly satisfying to create things that you can be proud of. It means freedom of expression, it means embodying parts of characters you aspire to be like, it means creative and theatrical challenges in the best of ways,” said Biccard.

The judging in the competition is intense. Every detail in the costume needs to be made by hand and identical to the characters portrayed.

“Being as perfect as possible in crafting, portrayal and styling for wigs and makeup. It’s always a challenge to bring a character to life as accurately as possible, especially when you know you’ll be judged on every single little thing in your costume,” said Atkins.

The largest component is in the performances, which are mind-blowing.

The pair shone at the South African qualifying leg of the competition which was hosted at the ICON festival at Emperors Palace earlier this year. 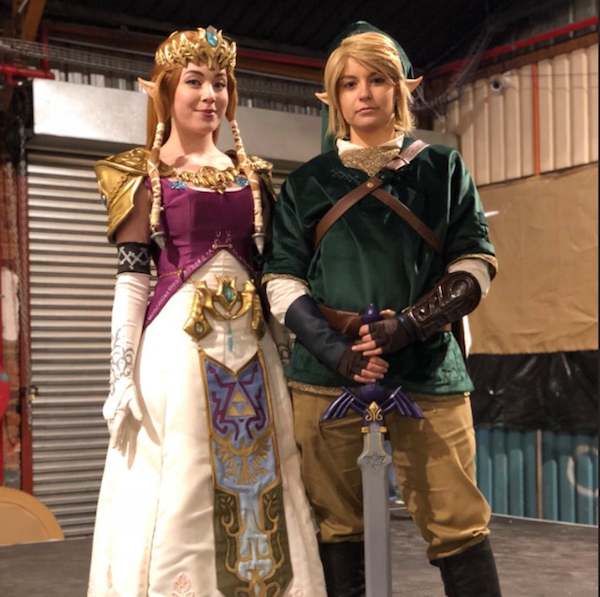 Atkins (left) and Biccard at ICON.

“It's a massive step for cosplay in South Africa - being part of the global competition provides a level of credibility to the work done by the cosplay community in this country. There's still a waiting list of at least 15 countries, with countries like Morocco and Tunisia, that we've leapfrogged based on the level of quality and commitment,” said Les Allen, owner of GeekXP, director and organiser of ICON, and mastermind behind getting the South Africans to the tournament.

“They'll do very well. During judging, Tokumaru Oguri (the founder and CEO of WCS) advised Biccard and Atkins that their costuming was already at a world class standard and gave them the advice they needed to sharpen their skit performance to compete.”

The finals will be streamed from 9AM this Sunday, 5 August. You can follow the stream channel or their YouTube channel to catch all the action.

Here are some photos they have sent of their adventures in Japan: