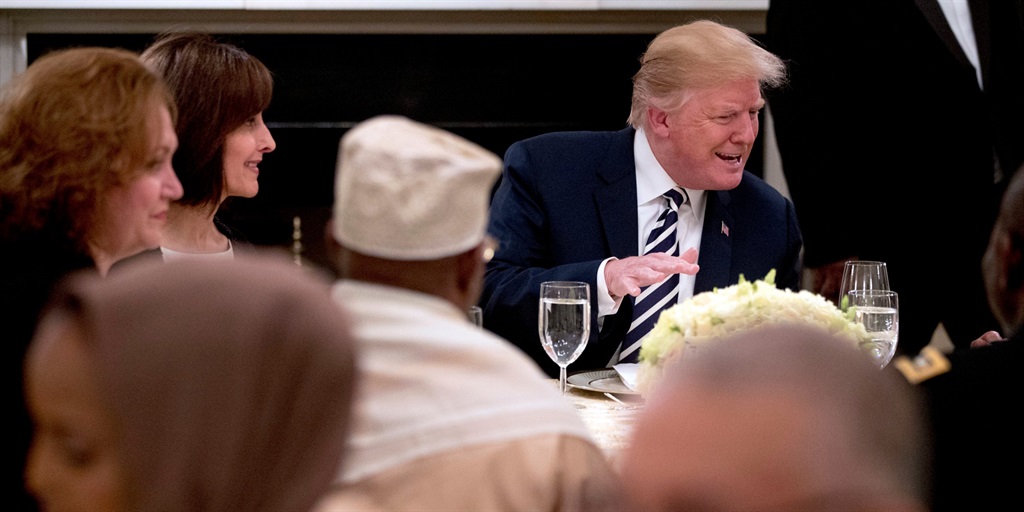 During Ramadan, practicing Muslims fast from daybreak to sundown. Iftar is the sunset meal at the end of the day where participants finally break their fast.

Even though Trump hosted the event, someone else stole the spotlight--and made sure no one went hungry. Wall Street Journal White House correspondent Vivian Salama posted this photo of White House chef Andre Rush, and it soon took the internet by storm.

Not only is chef Rush incredibly buff, he has an impressive résume. According to his LinkedIn page, Rush served 21 years as a Army master sergeant chef, cooking for a variety of Presidents along the way. He holds multiple degrees in culinary arts and business administration, and now works as an advisor to the superintendent of the US military academy at West Point.

People across Twitter reacted in awe over his jacked body.