How Turkey NATO's most troublesome member became frenemies with Russia, and why it might not last Of the 30 countries in NATO, none have caused the alliance more recent headaches than Turkey.

Turkey has NATO's second-largest standing army and is centrally located in a strategically significant region, which makes it an indispensable ally.

Turkey has also shown a willingness to confront Russia, a longstanding rival, and continues to support NATO interests and missions in the region and around the world. But Ankara's warming relationship with Moscow has complicated things for the alliance.

The current state of relations between Turkey and Russia is the product of changing dynamics and shifting priorities after the Cold War and of changes to the balance of power in the region over the last decade.

Their relationship is unlikely to bloom into an alliance of its own, but their apparent closeness and its effect on NATO's interests has vexed policymakers and analysts alike. 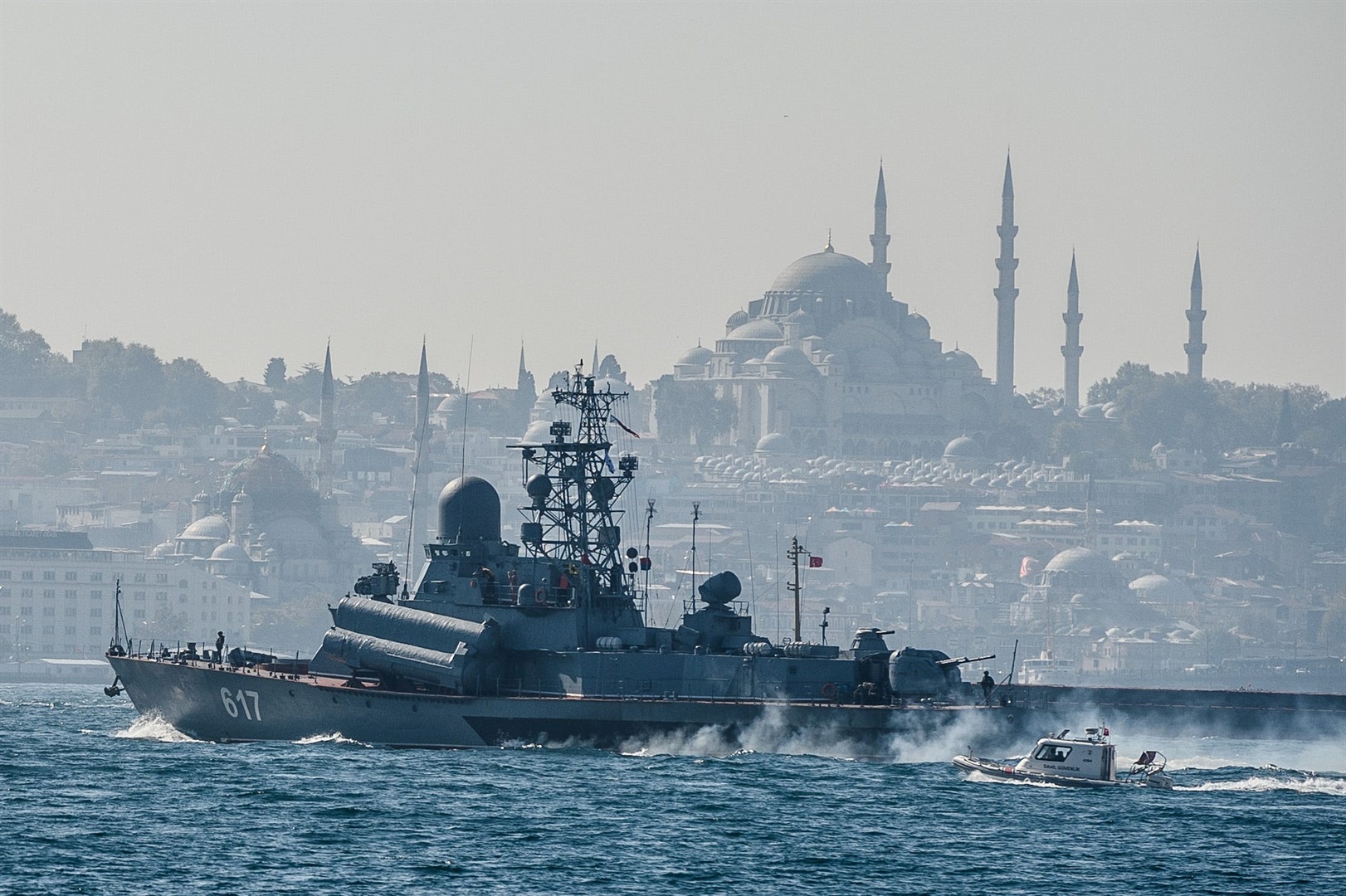 Historically, Russo-Turkish relations have been troubled, as evidenced by the fact that they fought over a dozen wars between the 16th and 20th centuries.

There was some limited cooperation early in the 20th century, but after post-World War II disputes led to Turkey's accession to NATO in 1952 (alongside Greece) Ankara and Moscow were firmly on opposing sides on most issues — Turkey even agreed to host US nuclear weapons, dozens of which are still based there.

Russo-Turkish economic ties also grew after the dissolution of the Soviet Union. Russia, less of a military threat than the USSR, became Turkey's second-largest trading partner (after the EU) in 2008. In 2010 they signed a visa-free travel agreement.

The relationship between Turkish President Recep Tayyip Erdogan and Russian President Vladimir Putin has facilitated closer cooperation. Those ties have only gotten closer as Erdogan has become more autocratic, especially after a failed coup in 2016. Erdogan at NATO headquarters in Brussels, May 25, 2017.
Kay Nietfeld/picture alliance via Getty Images

Turkey's purchase of Russia's advanced S-400 air-defense missile system, its invasion of northern Syria and operations against Kurds there, and Erdogan's continued suppression of dissent have prompted many Western countries to apply sanctions and reduce their cooperation with Ankara.

That Western backlash, combined with Turkish resentment over perceived double standards, tensions with European countries over issues like Cyprus and migration, and Turkey's stalled bid to join the EU, has led Turkey look toward Russia even more.

Consequently, Turkey has shifted away from being a largely reliable partner for Western countries and now carefully balances between the West and Russia.

But Turkey is by no means totally comfortable with Russia's recent actions and ambitions.

Moscow's ongoing military modernization, its annexation of Crimea in 2014 and intervention in Syria in 2015, and its growing influence in the Black Sea and the Caucasus have all increased Turkish anxiety about its larger neighbor.

"Turkey is trying to continue this balancing act that is driven by the fact that they fundamentally do not trust the Russians, but they are also unsure about Western support," Stephen Flanagan, a senior political scientist at the RAND corporation, told Insider. Russian and Turkish soldiers before a joint patrol in northeastern Syria near the border with Turkey, July 14, 2021.
DELIL SOULEIMAN/AFP via Getty Images

That lack of trust is underlined by multiple deadly clashes between the Turkish and Russian militaries, particularly in Syria, where the fundamental differences between Ankara's and Moscow's ambitions are on display.

US officials have said that they believe "dozens" of Turkish soldiers have been killed by Russian military operations in Syria. Turkey has also shot down a Russian jet there and launched operations directly against Moscow's Syrian allies. Turkey has also clashed with Russia's proxies in Libya.

Turkey has provided military support to nearby countries that have clashed with Russia or Russia's allies, including helping build up the navies of Russia's Caspian Sea neighbors.

Ankara has also built a close relationship with Ukraine since 2014, selling Ukraine armed drones that Kyiv has already used on the frontlines and helping rebuild the Ukrainian navy.

Ankara has even openly advocated full NATO membership for Ukraine and Georgia, which many alliance members have resisted or argued against.

While Turkey's purchase of Russia's S-400 is a sign of closer cooperation, its ongoing military modernization efforts are largely a response to Russia's own increased military capabilities.

Ankara has also never sworn off its Western military partnerships. Although the US kicked it out of the F-35 program over the S-400, Turkey recently asked the US to sell it 40 new F-16s and 80 modernisation kits for its current fleet.

The Russo-Turkish relationship "is on a knife's edge on any given day," Flanagan said. "Turkey is still very much anxious to protect its own interests in the broader region and still very worried of the Russians."

Risks in the future Despite its concerns, Turkey continues to have extensive engagement with Russia. Russia is building several nuclear reactors for Turkey, and Erdogan has refused to rule out purchasing more Russian military equipment.

That ongoing cooperation is in part a reflection of Ankara's acceptance of geopolitical reality.

"The Turks, at some level, have no choice but to have a somewhat cooperative relationship with Russia given that Russia controls the endgame in Syria" and has increased its strength in the Black Sea, Flanagan said.

While Turkey supports an increased NATO presence in the Black Sea to counter Russia, it also does not want to provoke a crisis.

Ankara "would like to lead efforts to support whatever NATO is doing to deter further Russian aggression in the Black Sea region, but they don't want to over-militarize the region," Flanagan said. "What they don't want is overly zealous US deployments that provoke a crisis that then leads to the [Turkish] Straits being somehow closed or see major fighting along its territorial waters."

Russia and Turkey's relations seem destined to hover between rivalry and partnership, but their competing interests in the Black Sea, the Middle East, and North Africa give that relationship the potential to become confrontational quickly.

"It remains kind of volatile," Flanagan said. "Either side could miscalculate.