Fox News host apologises for vulgar language during interview with Dutch economist, but says he 'meant it with total sincerity' 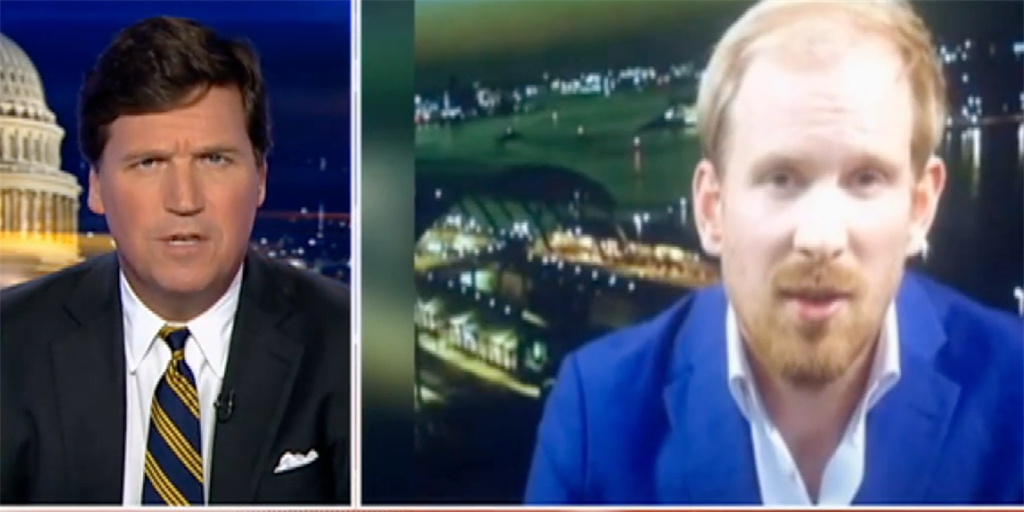 Fox News opinion host Tucker Carlson apologized for the "vulgar" language he used during a heated, unaired interview with Dutch historian and author Rutger Bregman, but added that his underlying message was made in "total sincerity."

"I did what I try hard never to do on this show, and I was rude," Carlson said in a video uploaded to Fox News' website on Tuesday. "I called him a moron, and then I modified that word with a vulgar Anglo-Saxon term."

But Carlson defended the reason why he launched into the verbal tirade, where at one point, he characterized Bregman as "too f---ing annoying" and suggested he "go f---" himself.

"In my defense, I would say that that was entirely accurate," Carlson said in his message. "But you're not allowed to use that word on television. So once I said that out loud, there was no airing the segment."

"There is some profanity, and I apologise for that," he continued. "On the other hand, it was genuinely heartfelt. I meant it with total sincerity."

The interview in question began with an amicable tone, according to a video recording obtained by NowThis News. Carlson could be heard laughing and agreeing with Bregman, who at one point noted it was "hypocritical" for wealthy people to fly on private airplanes to discuss the effects of global warming at the Davos, Switzerland economic conference in January.

But it went off the rails after Bergman began questioning President Donald Trump's unreleased tax returns and suggested the Murdoch family, which owns Fox News, controlled the editorial content of the news station.

"What the Murdochs basically want you to do is to scapegoat immigrants instead of talking about tax avoidance," Bergman said. "So I'm glad you're now finally raising the issue."

"And I'm taking orders from the Murdochs? Is that what you're saying?" Carlson replied.

"No, it doesn't work that directly," Bregman said.

"It works by you taking their dirty money," he continued. "You are a millionaire funded by billionaires, that's what you are."

He later told Carlson that he was "part of the problem."

"Why don't you go f--- yourself, you tiny brain ... and I hope this gets picked up because you're a moron," Carlson replied. "I tried to give you a hearing, but you were too f---ing annoying."

"You can't handle the criticism, can you?" Bergman asked as he laughed.

In his rebuttal on Wednesday, Carlson brushed off the suggestion that his program's content was governed by the Murdochs.

The Murdoch family has become influential in the media and entertainment landscape. Rupert Murdoch, the founder of media giant News Corporation, has been reported to have connections with political figures, including Trump.

"He claimed that my corporate masters tell me what to say on this show, and that was too much," Carlson said. "Whatever my faults, or those of this channel, nobody in management has ever told us what positions to take on the air. Never. Not one time. We have total freedom here. And we're grateful for that."

"This show, thanks to Fox, we get to say exactly what we think is true - for better or worse," Carlson added. "But there was no convincing Rutger Bregman of that. He knew what he knew."

Following the dispute, Bergman reached out to Carlson asking why the interview never aired. The Fox News host replied in an email that although he admired Bergman's insight at Davos, he "turned out to be far dumber, more dogmatic and less impressive than I expected," according to screenshots of the exchange uploaded by Bergman.