The biscuit brand TUC’s tweet about South Africa’s listeriosis crisis has left a bad taste in the mouth.

Many South Africans eat their polony on TUC biscuits and earlier this week, TUC tweeted that “the most iconic relationship in Satafrika” has come to an end following the listeriosis crisis.

More than 180 people have died after contracting the ST6 strain of the listeria bacteria, which has been linked to a processed meat factory in Polokwane.

“When people have died, or been ill, don’t go there. They say all is fair in a marketing war, but there are lines you don’t cross.” One of South Africa’s foremost brand experts, Sampson has been advising companies like SAB, Nedbank and Distell for decades.

There are two common words that rhyme with @TUC_ZA clearly they don’t give one of them for the loss of life and their brand Sucks as a result. https://t.co/olChrvnUES

If this is how you do business, trying to make money off people that have DIED, shame on you. It is also never just 1 person that give the okay for campaigns like this - you are ALL responsible. Let's hope nothing like this happens to you or the ones you love. Disgusting.

"TUC South Africa extends their apologies for the recent social media post. The post is not indicative of the brand's opinion or values."

TUC biscuits are popular in many other parts of the world, including Europe, China, Ukraine and Egypt.

The biscuit was invented in the 1950s by a Belgian confectionary entrepreneur, who wanted to emulate the salted crackers he ate in the US. The name comes from "Trade Union Corporation" – the entrepreneur saw the name in a newspaper and thought the acronym would work well for the biscuit.

As part of an online campaign, British Airways recently tweeted a curious pay-off line for an airline: 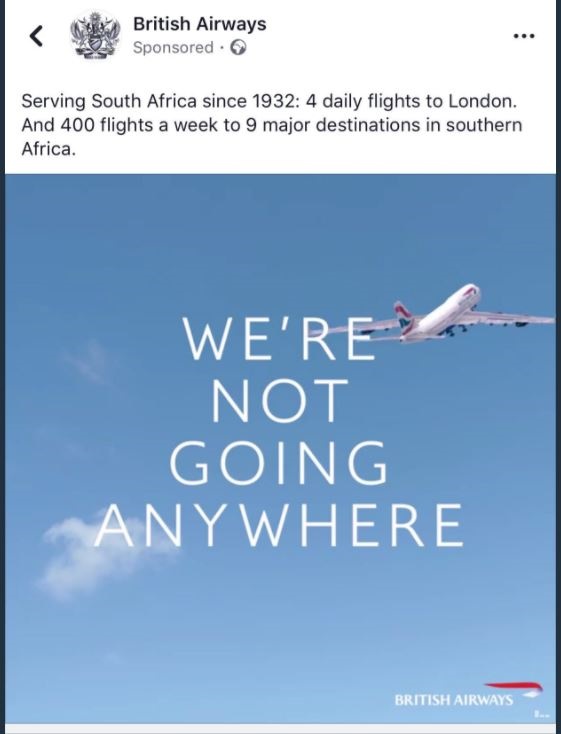 If nothing else, BA is doing a really excellent job of setting expectations. pic.twitter.com/uwK7fnxoKi