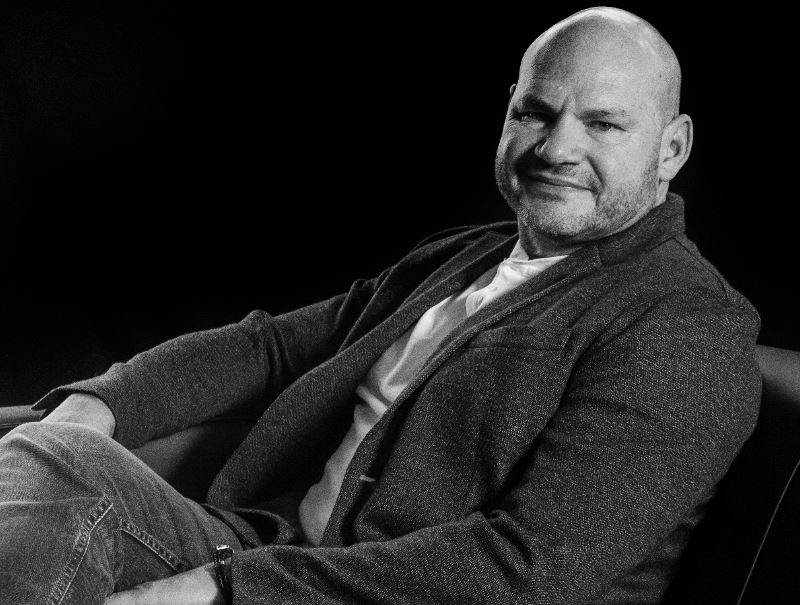 Namibian investment company Trustco Group Holdings, which is listed on the JSE, is raising eyebrows with a long string of curious deals – and its plans to build a new city outside of Windhoek.

The company, which describes itself as “as one of Namibia’s most prolific post-independence business success stories in terms of growth as well as wealth creation for its stakeholders”, does business in finance, property and diamond mining.

Questions from Business Insider South Africa last week prompted Van Rooyen to release a statement on the JSE's Stock Exchange News Service (SENS), dismissing some of the many accusations levelled against them.

He believes there is a “cabal” that spreads false narratives about the company, but that Trustco “would prefer to focus on building our business and creating wealth for our shareholders than engage with trolls.”

Last year Van Rooyen waived a loan of around R1 billion which he reportedly granted to Trustco, a move the company admits saved it from making a loss. But despite reporting a profit of around R753 million in the six months to end-September last year, the company did not pay dividends, which fuelled speculation that it is facing a cash crunch.

Its long list of curious deals, and property investments, have also raised eyebrows.

The company valuation surprised some who had been watching Trustco over the years. According to a SENS announcement at the time, Constantia was making losses. The insurance company held assets of R2.1 billion and capital and reserves of R699 million, with recorded revenues of R2.1 billion, and a loss after tax of R582 million.

Conduit said the deal would enable its shareholders to benefit from a more diversified company, with a presence in both South Africa and Namibia. LSH owns several real estate assets in Namibia across more than 4,000 hectares - valued at close to R6 billion - but some of these values are contentious.

A new city outside of Windhoek

One of the key LSH assets is the company’s Herboths Blick development outside Windhoek.

This property lies on a vast tract of seemingly barren land on the way to Hosea Kutako International Airport. LSH says it will be developed into a new town complete with tree-lined boulevards, urban high-rise apartment blocks, sporting facilities, schools, and a university. But some observers said from the outset that it would be nearly impossible to transform the stretch of land into the billion-rand oasis depicted in a YouTube video. Issues like Windhoek’s water crisis, and Namibia’s struggling economy, prompted some to call it a pipe dream that would cost billions to realise.

Van Rooyen disagrees with such detractors, and says that his company has experience in similar projects throughout Namibia.

“Trustco has been developing properties in Namibia for more than 25 years, and over that time has completed several developments – some in even more ‘barren’ locations than the Herboths Development” he said. “Just in recent years, the Elisenheim Lifestyle Estate (residential development), Lafrenz Park (industrial estate) and Ondangwa Development (industrial park and residential Ombala development) have been completed, are in progress or close to completion...”

Van Rooyen says that Phase 1 of the Herboths development has already been completed by the previous developer, and is visible after “an easy look” on Google Earth.

Business Insider South Africa found the tract of land on Google Earth, but there are no obvious indications of the Phase 1 developments. 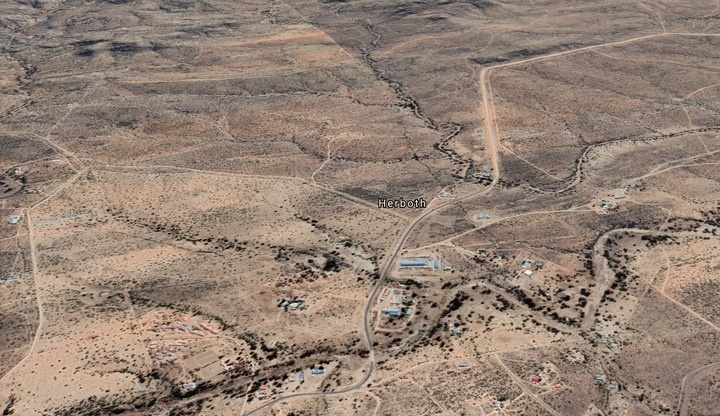 In another surprising deal, in February this year, Trustco announced its intention to enter into a “binding share sale and subscription agreement” with its newly acquired subsidiary Constantia - to sell it Herboths Property Development Company, for R1 billion.

Piet Viljoen, CEO of RECM & Calibre, which is a minority shareholder in Conduit, says although he’s done no analysis of Trustco, he’s very cautious around this matter – particularly with the bigger deals reported by the company. “There’s far too much hype, and I prefer management that under-promises and over delivers.”

For now, Van Rooyen’s decision to waive a personal loan of R1 billion has kept the company in the black, but that too has raised questions.

In its interim results last year, the company admits that it achieved profitability thanks to the loan waiver. But when Trustco didn’t pay a dividend in line with its claimed profitability, that set off alarm bells. Some analysts say this points to a marked discrepancy between the financial and cash flow statements.

“Even a layman knows that profits does not equal cashflow," Van Rooyen counters.

He puts the discrepancy down to the investment cycle, which “does not always coincide with the cashflow cycle. For some this might be difficult to understand – especially if the most complex transaction that’ve [they've] completed was exchanging one second-hand car for another. The cycle of property development requires large upfront investment that repays over time,” he says.

Some of the observers Business Insider South Africa spoke to regarding Trustco say that this points to a possibility that Conduit has capital concerns, that Trustco has run out of lenders, and the company is having difficulty raising capital.

Van Rooyen does not deny that local funding has stalled, but says his company has alternate options available.

“While local funding may have dried up for all companies due to economic conditions in Namibia, Trustco has three stable lines of funding - two major supporting shareholders, as well as a wide array of international funders,” he says.

“The support they provide the group is shown in our financial statements. Our property portfolio is currently completely ungeared. Liquidity statistics of the banking sector are publicly available and affect all companies in Namibia, not just Trustco.”

Other accounting moves have also caused concern, including the decision to reclassify some of the company's properties.

In 2014 Trustco acquired Elisenheim Property Development Company. This deal included properties Trustco deemed inventory at the time, but in its 2019 financial statement, the company claimed that due to Namibia’s declining property market, it had to develop “a new strategy as regards the extraction of value from these property assets.”

The new strategy was to cancel development of the affected property assets immediately, and to instead hold them as “investment properties”.

In reclassifying these properties, Trustco then treated the change in a manner that, according to the financial statement, “is consistent with the treatment of sales of inventories” – and subsequently registered a gain of R693 million.

Van Rooyen says that this decision was above board.

“[An] asset in investment property must be carried at fair value, and not at the lower of cost or net realisable value,” he says. “This transfer, which was proved to the auditors and the JSE, requires a fair valuation for this asset.”

It was an evaluation that Van Rooyen says was done independently, as was also the case for other properties in the Trustco portfolio, which some believe highly overvalued in light of Namibia's property market.

Van Rooyen, though, argues those valuations are “well below current market rates” for similar properties in the area.

“Trustco does not determine its own land values. Rather, the land is valued by between two and four independent valuation experts”.