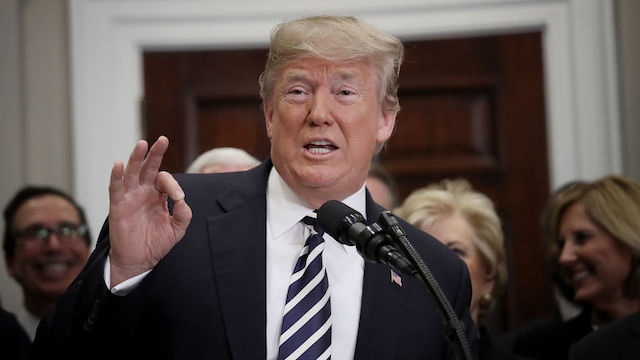 For decades in the US, government officials on both sides of the aisle have generally made a point to back a strong dollar in public — especially those in the Oval Office.

US President Donald Trump, on the other hand, has said the dollar is "getting too strong" and repeatedly lashed out at other countries for using monetary accommodation to weaken their currencies.

Twice this past week, he criticised the Federal Reserve, which is meant to be independent from political influence, for raising interest rates. (Higher interest rates are attractive to foreign investors, so they generally lead to a stronger currency.)

The US Federal Reserve has raised interest rates five times since Trump took office, with two of those hikes coming under the leadership of Jerome Powell — his Fed chairperson pick. It is expected to hike rates two more times this year, according to Bloomberg's World Interest Rate Probability data.

"As we have seen in recent weeks, the President has ramped up verbal jawboning over a strong dollar and higher US rates as the currency has strengthened," ING strategists Viraj Patel and Chris Turner wrote in a note, adding that the strength of the greenback appears to be "at the upper bound of the White House's tolerance level". The dollar has jumped more than 8% since April, right around when the Trump administration announced plans to hit other countries with tariffs. Trump is far from the first politician to favour lower interest rates. Easy money is politically popular for a number of reasons. But for a president in a trade war months before midterms, analysts say it appears to be increasingly about defending trade competitiveness.

If the Trump administration shifted from tariffs to the use of exchange rates, Nomura chief economist Richard Koo pointed out that it would essentially allow simultaneous price adjustments for "all imported products." A weaker dollar can stimulate exports because it makes US products cheaper abroad.

That could be an attractive means of boosting exports, analysts say, as a trade war triggers political backlash in key constituencies for the president and his party. Tariffs have raised prices for American companies and lowered access to foreign markets, potentially setting the stage for dampened economic growth.

A trade war can also present logistical issues, especially for an administration plagued by disorganisation and legal chaos. A recent Associated Press analysis found the Trump White House has had record turnover.

"A protectionist policy that must be individually tailored to each product category requires large numbers of administrative staff, and a period must be established during which companies can apply for exemptions," Koo said. "Exchange rate-based adjustments, on the other hand, entail no such costs.

"In that sense, the more problematic administrative delays become and the more industry opposition mounts, the greater the likelihood that President Trump will replace tariffs with exchange rates as his main tool for addressing US trade imbalances.