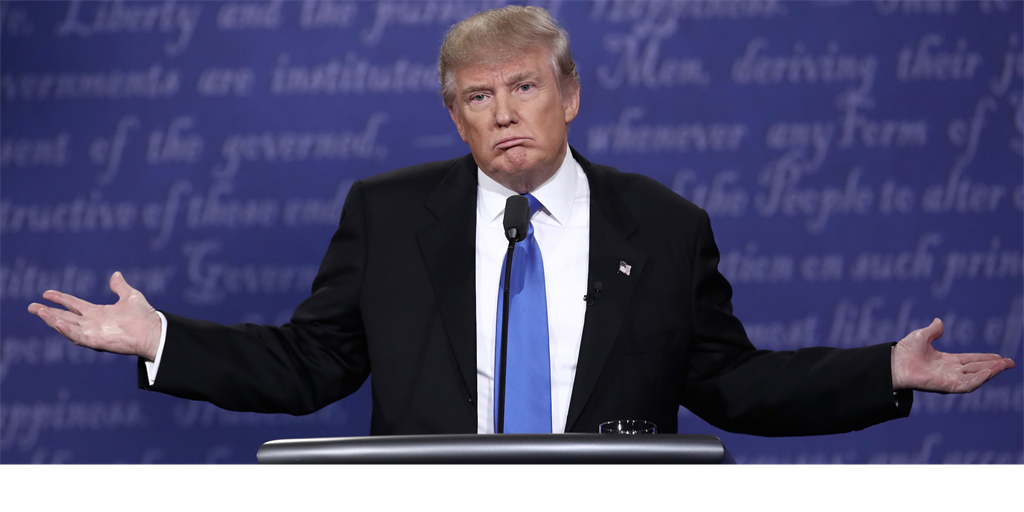 Donald Trump has done it again.

With his latest decree that the US will impose tariffs of 5% on Mexican imports starting June 10, the president has shifted the sights of his ever-escalating global trade war.

Per usual, Trump delivered the news in the form of a tweet, saying tariffs would be in place "until such time as illegal migrants coming through Mexico, and into our Country, STOP." Trump said he'd boost the initial 5% tariff all the way up to 25% - in five-point increments - if people don't stop flowing over the border.

This decision may ultimately boost the anti-immigration platform that will be crucial for Trump's 2020 reelection chances, but it's threatening to destabilize some of the world's biggest economies. This is especially true since Trump is already pushing a major trade conflict with China.

In the US, JPMorgan estimates that new tariffs will reduce third-quarter gross domestic product by a quarter-point, from 1.75 to 1.5%. The firm warns that a much bigger downward revision may be necessary if a corporate spending slowdown impacts hiring, which could then hurt consumer spending.

There's also been ongoing speculation that Trump's recent tariffs are serving as an indirect tax on the average person. After all, when a tariff is imposed, the manufacturing company doesn't necessarily have to make up the difference on its end. It can always pass that additional cost along to the purchaser.

"The impact of the 2018 tariffs has been passed on to US consumers in the form of higher prices," Chad Brown, a senior fellow at the Peterson Institute for International Economics, said in a tweet on Friday. "China is NOT bearing the burden of Trump's tariffs."

"The bottom line is this threat hurts the US economy via consumer spending getting hit," he said. "The resulting uncertainty may mean more postponement in capital expenditures."

And then there's the matter of markets. With US stocks hurtling toward their worst week since their December 2018 meltdown, it's clear investors are allergic to Trump's trade uncertainty. Meanwhile, in the bond market, the scared rush into Treasurys, considered to be among the world's safest assets, which has pushed yields into dangerous territory.

Near-term yields are currently higher than their long-term counterparts, something that's historically signalled an imminent recession, as it implies nervousness. This is commonly referred to as a yield-curve inversion, and the current situation is more stretched than at any point since 2007.

"The world is moving toward another extended period of political and economic divergence, with some similarities to the original Cold War, but in many ways more invasive and more dangerous for investors," Kim Catechis, the head of global emerging markets at the equity-investment firm Martin Currie, said in an emailed statement on Friday.

When it comes to Mexico, the biggest impact of Trump's tariffs has been absorbed by the nation's currency. The peso declined as much as 3.6% versus the US dollar on Friday.

This may seem like a positive on its face, since a weaker currency increases the value of a country's exports. But not so fast. Experts are already dispelling this notion, arguing that the negative effect of higher tariffs will eventually more than offset this.

"The impact of the starting tariff rate of 5% on Mexico's economy would probably be largely offset by a further modest fall in the peso," a recent report from the economics-consulting firm Capital Economics said. "But a higher tariff rate would hurt exports and prompt Banxico to tighten monetary policy."

There's also the matter of US companies that operate heavily in Mexico, most notably automakers. They're directly in the line of fire, and a squeeze will be felt on both sides of the border - by both US consumers and the firms with extensive Mexican supply chains.

"The integrated supply chain between the US and Mexico sees manufacturing components, particularly for autos, cross and re-cross the border numerous times," McIntyre at Brandywine Global said. "On average, the price of a new car might increase by $1,500 or more, which could trigger a drop-off in US auto sales."

The impact already being felt

The Mexico tariffs being floated would be in addition to the China tariffs that have already been enacted. Trump has been engaged with his Chinese counterparts for well over a year at this point, with tensions reignited in recent weeks.

And the trade war's impact so far hasn't been pretty. It's gotten so bad that corporations have started warning investors about the potential downside they face in the event of a prolonged conflict.

That includes Stanley Black & Decker CEO James Loree, who said in a recent earnings call that his company's tools and storage segment was under serious pressure from trade tensions. Loree said his firm may go as far as to move production back to the US from China in response - something that would be a costly and complex endeavour.

If the trade war continues, expect this type of disruption to start occurring with greater regularity.

Further, the Bloomberg economists Dan Hanson and Tom Orlik recently estimated that if tariffs are broadened to cover all US-China trade, $600 billion could be wiped out of global GDP in 2021.

Trump is using trade to further his other policies

Going beyond the extensive, multinational impact of Trump's ongoing tariffs, it's also worth noting that this latest development highlights a questionable approach to policy. By invoking immigration as the reason behind his new Mexican tariffs, the president has welded together two of his pet projects.

It's an approach similar to the one being used by Trump in his battle against China. While the dispute initially looked largely trade-specific, it's become clear that the president is engaging in a tech Cold War of sorts. Trump is clearly worried about the rising influence of Chinese tech giants like Huawei, and he is weaponizing trade in order to address it.

Ultimately, tariffs appear to be Trump's favourite policy weapon. And given how he's behaved in the past several months, it's becoming apparent that no country or region is safe from his bluster.