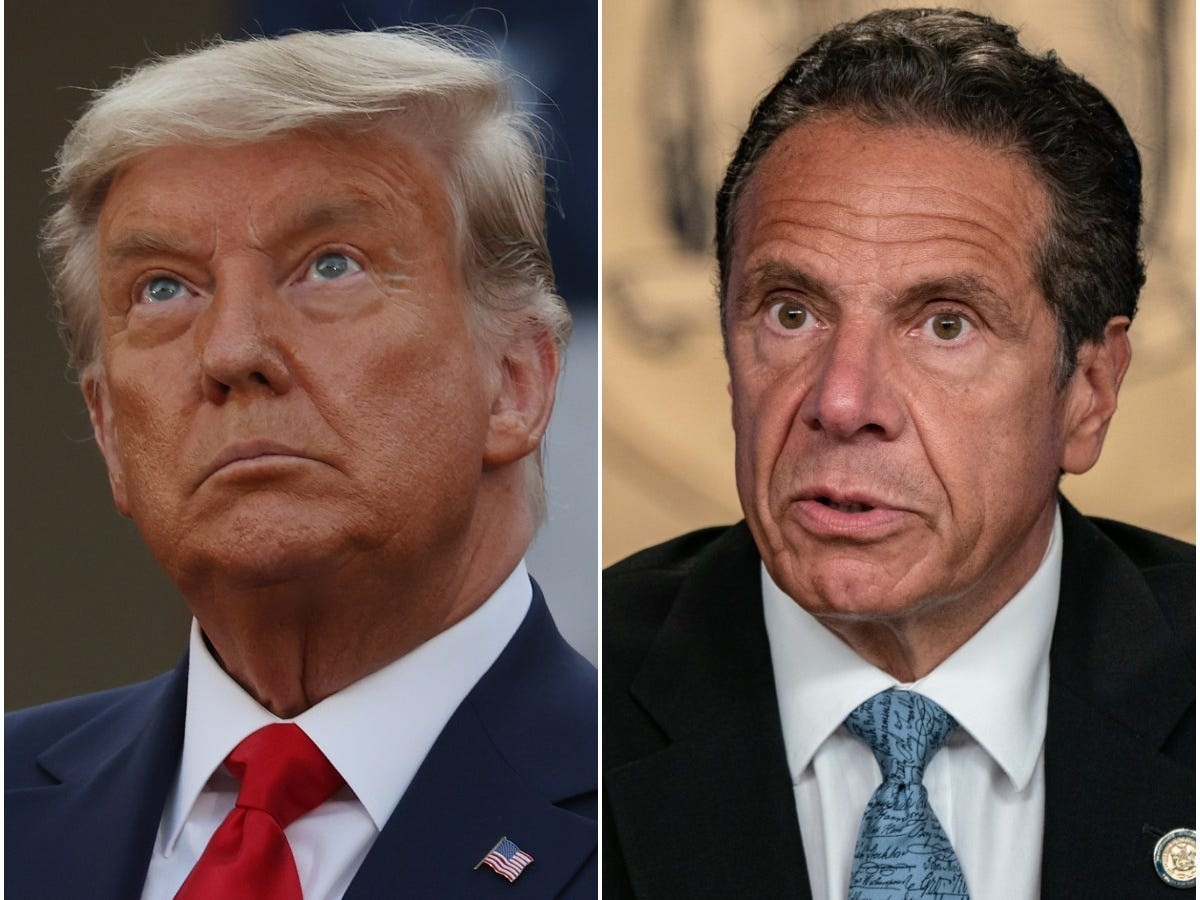 New York governor Andrew Cuomo and US President Trump reignited their feud after the president threatened to withhold a COVID-19 vaccine from the state in his first public remarks in over a week.

Speaking in the White House Rose Garden on Friday, Trump was touting the effectiveness of Operation Warp Speed — his administration's coronavirus vaccine program — when he singled out Cuomo and took aim at his home state.

"As soon as April the vaccine will be available to the entire general population, with the exception of places like New York state, where for political reasons the governor decided to say — and I don't think it's good politically, I think it's very bad from a health standpoint — but he wants to take his time on the vaccine," Trump said, according to NBC.

Trump was referring to comments Cuomo made in September when he said that New York would put together a panel of experts to independently review COVID-19 vaccines approved by the federal government to "build confidence in people," according to the New York Times.

Other states, including California, Nevada, Oregon, and Washington, have said they will institute similar review panels.

"He doesn't trust where the vaccines are coming from," Trump went on to say about Cuomo. "[He] will have to let us know when he's ready for it, otherwise we, we can't be delivering it to a state that won't be giving it to its people, immediately. And I know many, I know the people in New York very well, I know they want it. So the governor will let us know when he's ready," he added.

Cuomo fired back, telling CNN on Friday that "none of what" Trump said "is true."

"We are ready to distribute it," he said, according to Politico. "The only problem could be if a scientific panel from my state or one of the other states reviewed the FDA approval process and said something was wrong."

"You know, the federal government on COVID has been very short on details and has frankly been incompetent in the administration," Cuomo added.

According to a Pew Research poll, around 50% of Americans said they are worried about the efficacy of a rushed COVID-19 vaccine under the Trump administration.

The comments come as more than 10.7 million Americans have tested positive for COVID-19 and 244,000 have died from it, according to a track by Johns Hopkins University.

Cuomo and other governors have publicly clashed with the Trump administration on how to approach rising coronavirus cases in individual states.

The country is currently seeing a second surge in cases and hospitalizations. Some states reintroduce new measures to prevent further spread of the virus as the winter months approach.

Cuomo announced a 10 pm curfew in New York this week while Oregon announced on Friday that it would close gyms and dine-in eating in a "two-week freeze."

New Mexico Gov. Michelle Lujan Grisham said on Friday that the state would be reimposing a statewide lockdown next week, the first state to do so.

Meanwhile, it was announced on Friday that 20 million Americans could get a COVID-19 shot before the end of 2020.