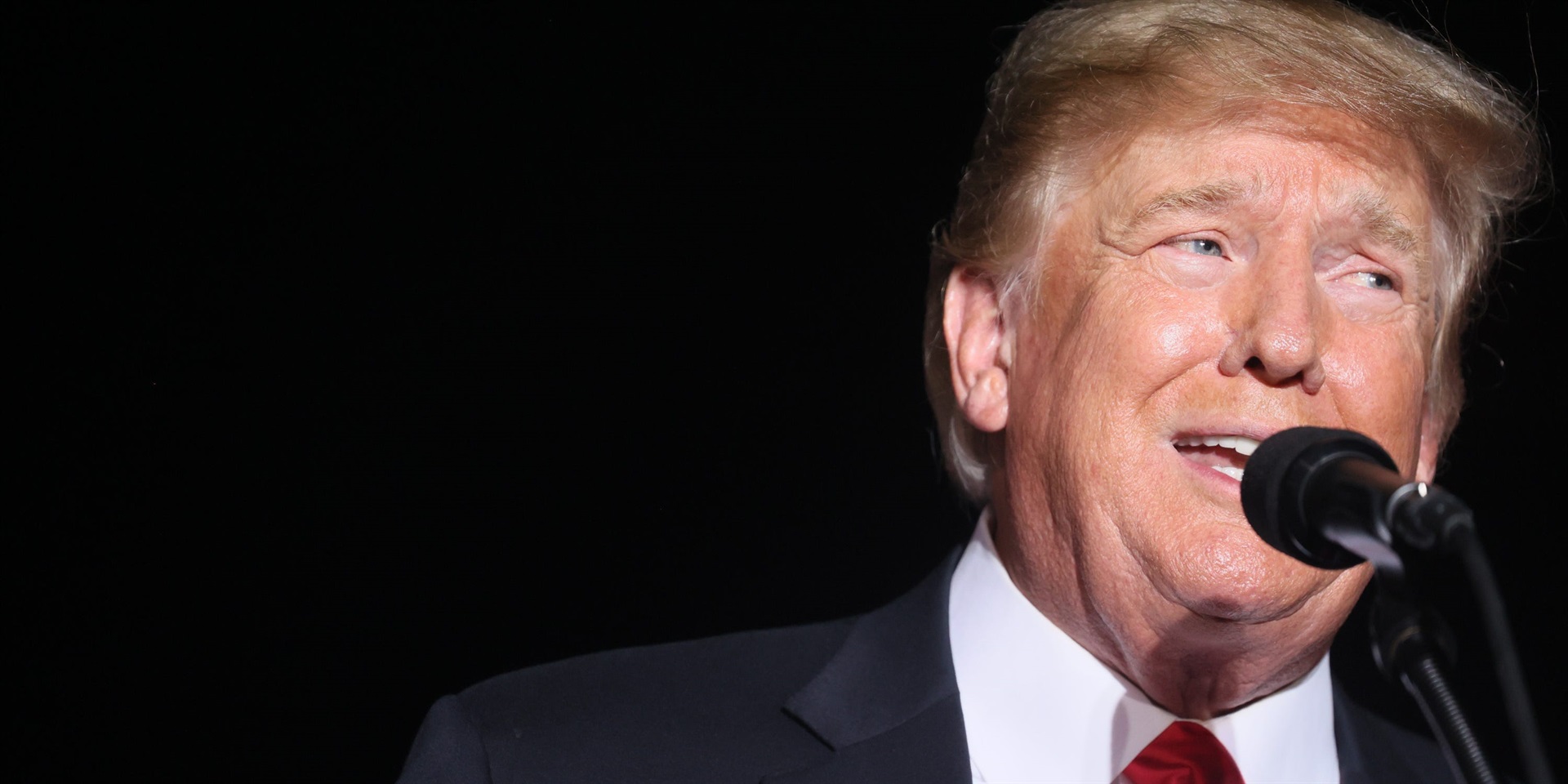 "Anybody that doesn't think there wasn't massive election fraud in the 2020 presidential election is either very stupid, or very corrupt!" he said in a Saturday statement.

Critics pounced on the error, pointing out that the former president had used a double negative and ended up insulting those who espoused his claim that the 2020 election was stolen from him, rather than those who rejected them.

Investigators and experts have found no widespread fraud in the 2020 election — which Trump lost to President Joe Biden — but Trump has continued to relentlessly push the claim as he stirs rumors of another bid for the presidency.

"He finally conceded …" tweeted Jonathan Karl, an ABC News correspondent and author of a recent book about Trump's final months as president, during which he refused to conceded defeat.

"This is, accidentally, Trump's first ever accurate statement on the legitimacy of the 2020 election," tweeted the CNN fact-checker Daniel Dale.

Before Twitter banned Trump in the wake of the Capitol riot, Trump's messages were often notable for their spelling errors and grammatical quirks.

They were such a distinctive part of his messages that, according to reports, White House staffers who ghost wrote his tweets often tried to replicate his errors to make the messages seem more authentic.

Since his social-media ban, Trump has been disseminating short statements to his followers via email.