After a 12-minute video extolling his virtues as a leader, President Donald Trump took to the stage at the Marriott Marquis hotel in Washington, DC, on Tuesday to deliver a speech to thousands of young, cheering supporters at the Turning Point USA conference.

But as Trump stood enjoying the rapturous welcome, no one seemed to notice that there was something subtly different about the presidential seal that was being shown on the screen behind him.

Instead of the bald eagle featured in the official seal of the president of the United States, the image featured a double-headed eagle, which bears a striking resemblance to the one on the official coat of arms of the Russian Federation.

The alteration seemed designed to poke fun at Trump over his administration's controversial ties to Russia, which US intelligence says interfered in the US election in a bid to aid Trump's candidacy.

And instead of clutching arrows in its left claw, the eagle in the altered image held golf clubs - most likely a not-so-subtle reference to one of Trump's favorite hobbies.

Here's a picture of the official US presidential seal.

The seal of the president of the United States.
Liaison Agency

Here's the Russian eagle, which has two heads and derives from the coat of arms of the Russian czars. 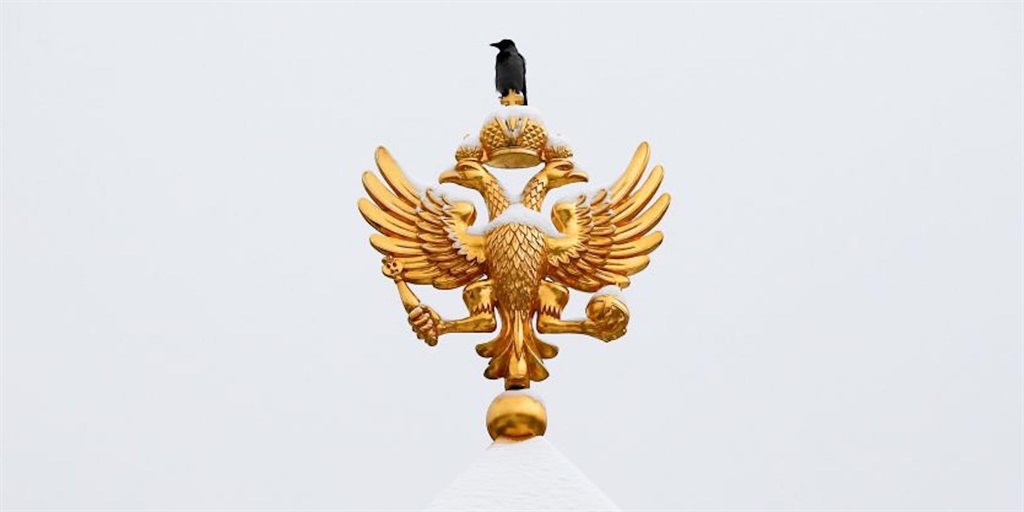 The Washington Post first noticed the discrepancies. The White House told the publication that officials had not seen the image before Trump appeared onstage.

Citing a reader, The Post said the fake seal resembled one being sold online in which the US's Latin motto "E pluribus unum," which means "Out of many, one," has been replaced by the Spanish words "45 es un titere." This roughly translates into English as "45 is a puppet." Trump is the 45th US president.

A representative for Turning Point USA told The Post he didn't know where the image came from or how it ended up on a screen behind the president.