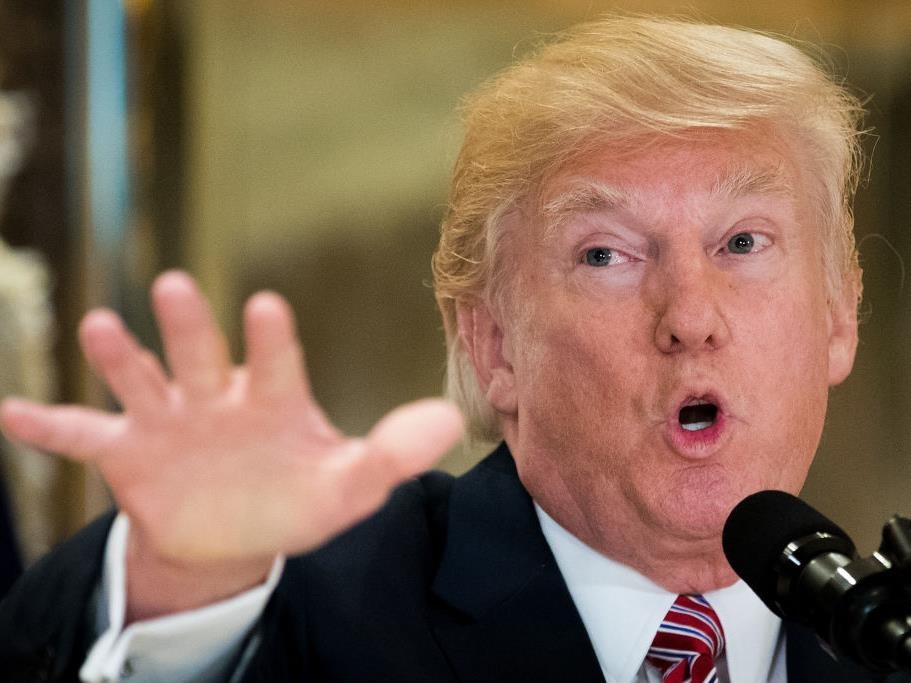 President Donald Trump is planning to issue an executive order on Thursday "pertaining to social media," according to several White House reporters who were briefed by White House press secretary Kayleigh McEnany aboard Air Force One on Wednesday evening.

McEnany offered no details about what the directive may include, but The Washington Post reported that it could empower various federal agencies to penalise social media companies such as Twitter, Facebook, and Google for their content moderation practices.

Two officials familiar with the order told the paper it would task the US Commerce Department with asking the Federal Communications Commission to look at narrowing the scope of Section 230, a provision of the Communications Decency Act of 1996 that shields internet companies from legal liability for content published on their sites and gives them broad power to moderate that content.

The sources also told The Washington Post that the order could funnel complaints about political bias to the Federal Trade Commission, which could then investigate social media companies' content moderation practices, as well as require federal agencies to conduct a review of their social media advertising spending.

Kate Klonick, a law professor at St. John's University and fellow at Yale University' Information Society Project, tweeted late Wednesday that she had obtained a draft of the order. She said the order may argue that fact-checking falls under "editorial conduct" and therefore isn't protected under Section 230.

Klonick also said the order could also prohibit federal agencies from advertising on platforms that violate the editorial conduct provision of Section 230.

Twitter added a link below the tweets with the text: "Get the facts about mail-in ballots" which took users to a page where fact-checkers had debunked the unsubstantiated claims.

There is NO WAY (ZERO!) that Mail-In Ballots will be anything less than substantially fraudulent. Mail boxes will be robbed, ballots will be forged & even illegally printed out & fraudulently signed. The Governor of California is sending Ballots to millions of people, anyone.....

Trump ranted against Twitter's decision in a series of tweets, accusing the company of "interfering in the 2020 Presidential Election" and "completely stifling FREE SPEECH."

Following reports of Trump's planned executive order, Twitter responded by saying Trump had violated its policy against "manipulating or interfering in elections or other civic processes," which "includes posting or sharing content that may suppress participation or mislead people about when, where, or how to participate in a civic process."

"We added a label to two @realDonaldTrump Tweets about California's vote-by-mail plans as part of our efforts to enforce our civic integrity policy. We believe those Tweets could confuse voters about what they need to do to receive a ballot and participate in the election process," the company said in a tweet Wednesday evening.

We added a label to two @realDonaldTrump Tweets about Californiaâ€™s vote-by-mail plans as part of our efforts to enforce our civic integrity policy. We believe those Tweets could confuse voters about what they need to do to receive a ballot and participate in the election process.

It's not the first time the Trump administration has threatened legal action against social media companies who make decisions the president disagrees with.

Last year, the White House drafted a proposal aimed at penalising platforms for alleged bias against conservatives - a claim that conservatives have frequently raised but have yet to provide evidence to support. Earlier on Wednesday, a federal judge tossed a lawsuit that claimed Twitter, Facebook, Apple, and Google conspired to suppress conservative views online, Bloomberg reported.

It's also likely that Trump doesn't have the legal grounds to issue such regulations, according to multiple experts who told Business Insider that the First Amendment, Section 230, and other legal protections give private companies broad rights around regulating content on their platforms.

However, Trump's order could drag social media companies into a fight over Section 230 that they've been desperately trying to avoid. The legal shield it provides, which was instrumental in the development of the modern internet, has become a hotly debated issue in recent years from both sides of the aisle.