'This is a great friendship': Trump invites Kim Jong Un to the White House after crossing North Korean border to shake hands 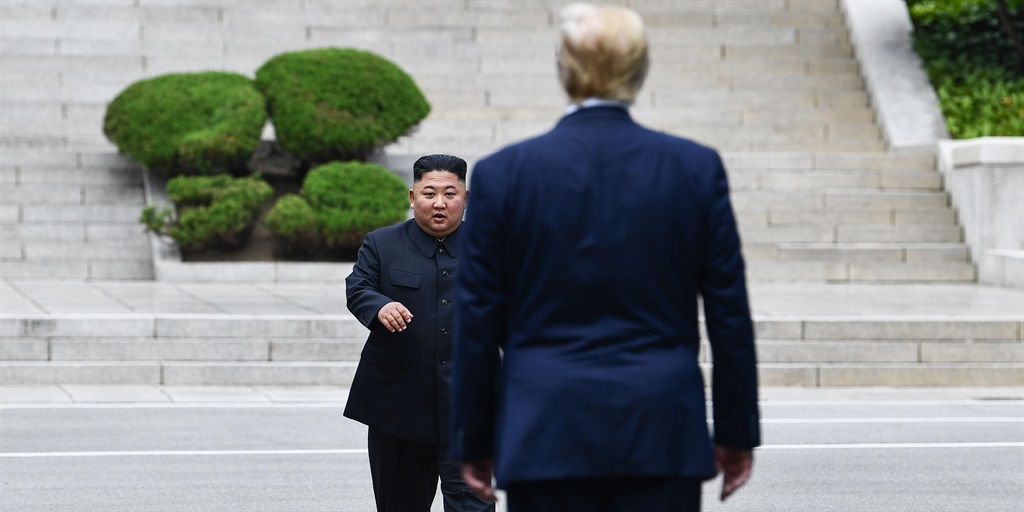 Donald Trump has invited Kim Jong Un to the White House, after he became the first serving American President to step over the North Korean border and shake hands with a North Korean leader.

Trump crossed over from the demilitarized zone to shake hands with Kim Jong Un, after earlier offering the meeting on Twitter.

"When I put out the social media notification, if he didn't show up he would have made me look very bad," Trump told reporters.

Kim Jong Un responded that "I was very surprised to hear about your offer on the tweet and only late in the afternoon I was able to confirm your invitation."

The US president described his relationship with the North Korean leader as a "great friendship."

"This was a special moment, a historic moment," Trump told reporters.

Following their handshake, the two men took part in a press conference during which the US president confirmed that he was extending an invite to Kim Jong Un to the White House.

"I want to thank the chairman. You've got to hear that powerful voice."

He added: "We met and we liked each other from day one and that was very important," Trump said.

"If you step over this line you will be the first US president to step on North Korean soil," he told Trump before the president stepped over the border.

After Trump crossed the border, he added: "President Trump has just walked across the demarcation line. That has made him the first US President to visit our country.

He went on: "Actually just looking at this action, this is an expression of his willingness to eliminate all the unfortunate past and open a new future."

Speaking about their relationship, he said: "If it wasn't for that good relationship, we would not have been able to make this sudden meeting possible."

"So this excellent relationship in the future as well, I hope that it can be the foundation for better things in the future that people will be not expecting. And this will be a very mysterious force that allows us to overcome many difficulties that existed in the past."