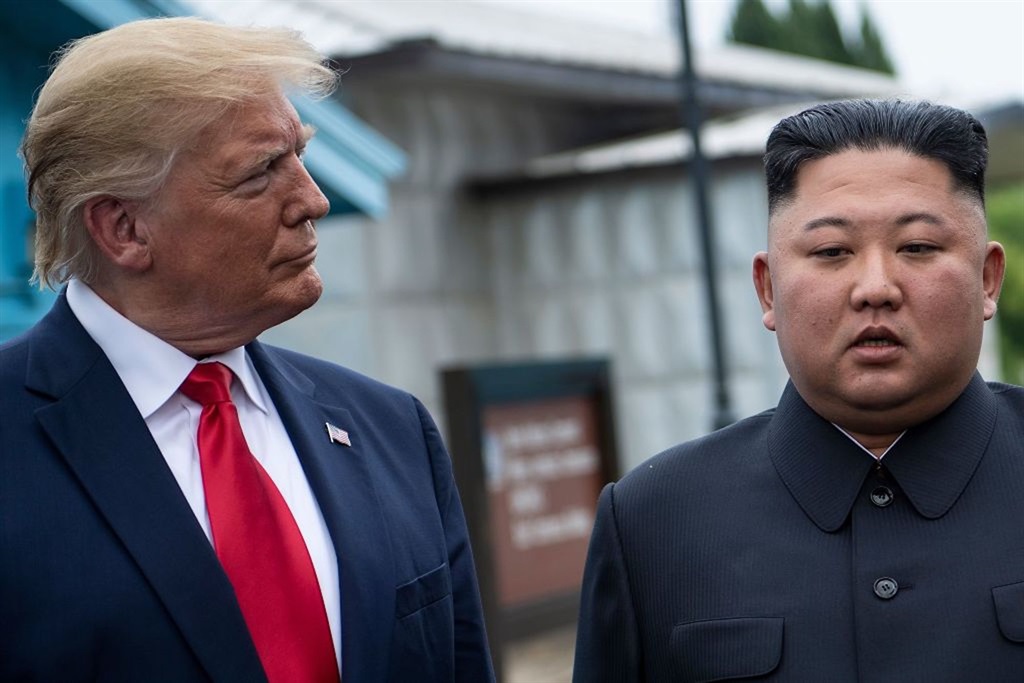 President Donald Trump downplayed reports that North Korea's Kim Jong Un was gravely ill but added that if the regime's leader was unwell, he wished him "good luck."

"These are reports that came out, and we don't know, we don't know," Trump said during a press conference on Tuesday afternoon at the White House. "I've had a very good relationship with him. I can only say this - I wish him well, because if he is in the kind of condition that the reports say ... that's a very serious condition."

Kim's physical condition was questioned following unconfirmed reports that he underwent a cardiovascular procedure. According to a CNN report citing a US source with knowledge of the incident, "the US is monitoring intelligence that North Korea's leader, Kim Jong Un, is in grave danger after a surgery." Business Insider has not independently confirmed this report.

Trump, referencing the media company that he often disparages, questioned the veracity of its reporting.

"So, I just have to say to Kim Jong Un, I wish him very good luck, good luck," Trump added. "I mean they came out with very, very serious medical reports. Nobody's confirmed that. It's CNN that came out. So when CNN comes out with a report, I don't place too much credence in it."

Kim, believed to be about 36 years old, was not seen publicly last Wednesday, the birthday of the country's founder, Kim Il Sung, a day normally celebrated in the country with extravagant parades. Rather than showing Kim's attendance as the North Korean government traditionally does, no such announcement was made by the state-run propaganda outlets.

DailyNK, a blog that includes posts from North Korean defectors, originally claimed Kim had a medical procedure on April 12. A US State Department spokesperson told Insider that it was "aware of reports" and was "continuing to monitor the situation in North Korea."

Kim's most recent public appearance was April 11, according to the country's state-run propaganda. A Chinese official dealing with North Korean affairs told Reuters that Kim is not believed to be critically ill.

Trump added that he "may" reach out to Kim in the future and touted his administration's chilled relations with the regime. Denuclearisation talks between the two leaders have stalled following a summit in Vietnam in 2019. At the time, Kim requested sanctions relief against his country as a precondition for a limited denuclearisation goal.