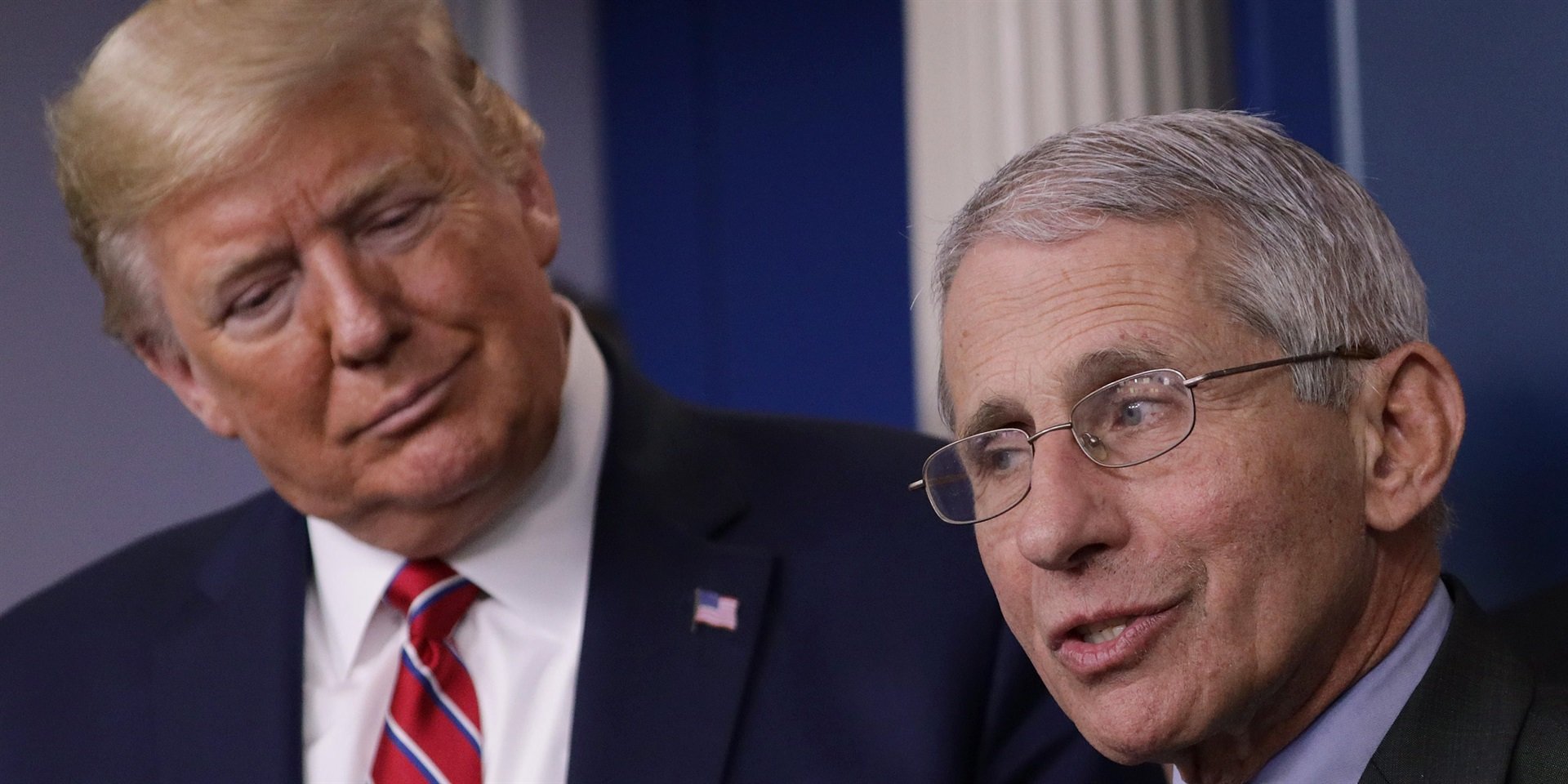 President Donald Trump retweeted a call to fire Dr. Anthony Fauci, the US government's top infectious disease doctor who has so far lasted six presidential administrations, to his 76.8 million followers.

On Sunday, Trump, who is in damage control mode over the US's slow response to dealing with the Covid-19, reshared a tweet about firing Dr. Anthony Fauci, the director of the National Institute of Allergy and Infectious Diseases since 1984 and one of the top experts on Trump's coronavirus task force, who helped tackle the AIDS, Zika, and Ebola epidemics.

The tweet, which was written by Republican DeAnna Lorraine who is running for Congress, said: "Fauci is now saying that had Trump listened to the medical experts earlier he could've saved more lives. Fauci was telling people on February 29th that there was nothing to worry about and it posed no threat to the US public at large." Lorraine's tweet included a hashtag that said: "Time to #FireFauci."

It's been about two months since the US's first cases, and 22,023 have died from the virus and 555,398 have been infected, according to data from Johns Hopkins University.

Only a week earlier, Trump stopped Fauci from telling reporters what he thought about using hydroxycloroquine, an anti-malaria drug, on patients with Covid-19. Trump has been vocal about his support for the drug, repeatedly asking: "What do you have to lose?"

It's not clear whether his retweet is more than a vague threat, but five days ago, he got rid of Glenn Fine, the acting inspector general at the Department of Defence, who had been tasked with overseeing the implementation of the $2 trillion coronavirus stimulus package.

Before that, on April 3, he fired intelligence community inspector general Michael Atkinson, who had alerted Congress about the whistleblower's complaint that accused Trump of soliciting foreign election interference.

Trumps' retweet was in response to Fauci speaking to CNN on Sunday, as well as a New York Times report from Saturday that outlined recommendations Fauci backed on February 21.

Sorry Fake News, itâ€™s all on tape. I banned China long before people spoke up. Thank you @OANN https://t.co/d40JQkUZg5

On Saturday, in stark contrast to Lorraine's tweet about Fauci saying the coronavirus posed no threat on February 29, The New York Times reported that Fauci, along with Trump's other top public health experts, said on February 21 that the administration needed to announce aggressive social distancing policies, even at the cost of disrupting normal life and the US economy.

On Sunday, Business Insider reported Fauci told CNN's "State of the Union" earlier in the day that "no one is going to deny" that lives could have been saved if the US implemented containment measures earlier on in the novel coronavirus outbreak.

Fauci said fewer people would have died if the Trump administration had announced isolation measures in February instead of late March after fielding warnings from public health officials.

"As I've said many times, we look at it from a pure health standpoint," he said. "We make a recommendation. Often the recommendation is taken. Sometimes it's not. But it is what it is. We are where we are right now."