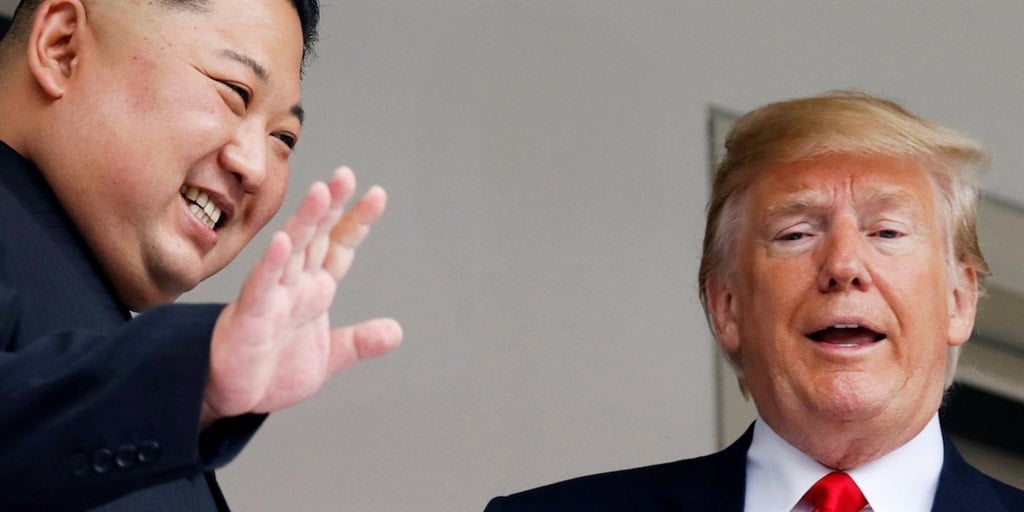 Trump wants the US to treat him like North Korea treats Kim Jong Un.
President Donald Trump returned from his Singapore summit with North Korean leader Kim Jong Un with an apparent new respect for the dictator's control over his people.

"He is the strong head," Trump said of Kim during a surprise appearance on Fox News. "Don't let anyone think anything different. He speaks and his people sit up at attention. I want my people to do the same."

Trump later told a reporter he was being sarcastic.

Trump's comment on Fox followed other musings during the Singapore trip while watching a bit of North Korean television.

North Korea's news anchor, Ri Chun Hee, delivers propaganda on behalf of Kim's regime. North Korean news, which is entirely state-run, solely consists of statements that shine a positive light on Kim and the country. As Trump watched, according to The Washington Post, he remarked about her praise of Kim and suggested she could work for Fox News.

North Korea's news doesn't just give its citizens state-approved information. It also tells them how to they're expected to think about that news, too. Any deviation from the state-approved script can land a North Korean citizen in a political prison camp, where the treatment is reportedly on par with Nazi German death camps.

In the US, Fox News is routinely criticized for its coverage of Trump. Fox News has gotten greater access to Trump than any other news outlet throughout his campaign and presidency.

Under Trump, a senior advisor to the State Department started monitoring the social media feeds of career diplomats and American employees of international institutions to grade their loyalty to Trump.

Trump, a democratically elected leader, appointed his Cabinet with the approval of the Senate. He has the power to remove most State Department workers without oversight.

Trump praises Kim Jong Un and wishes Americans were as compliant to their leader as North Koreans: "He is the strong head. Don't let anyone think anything different. He speaks and his people sit up at attention. I want my people to do the same." pic.twitter.com/kqmsCwpzDw