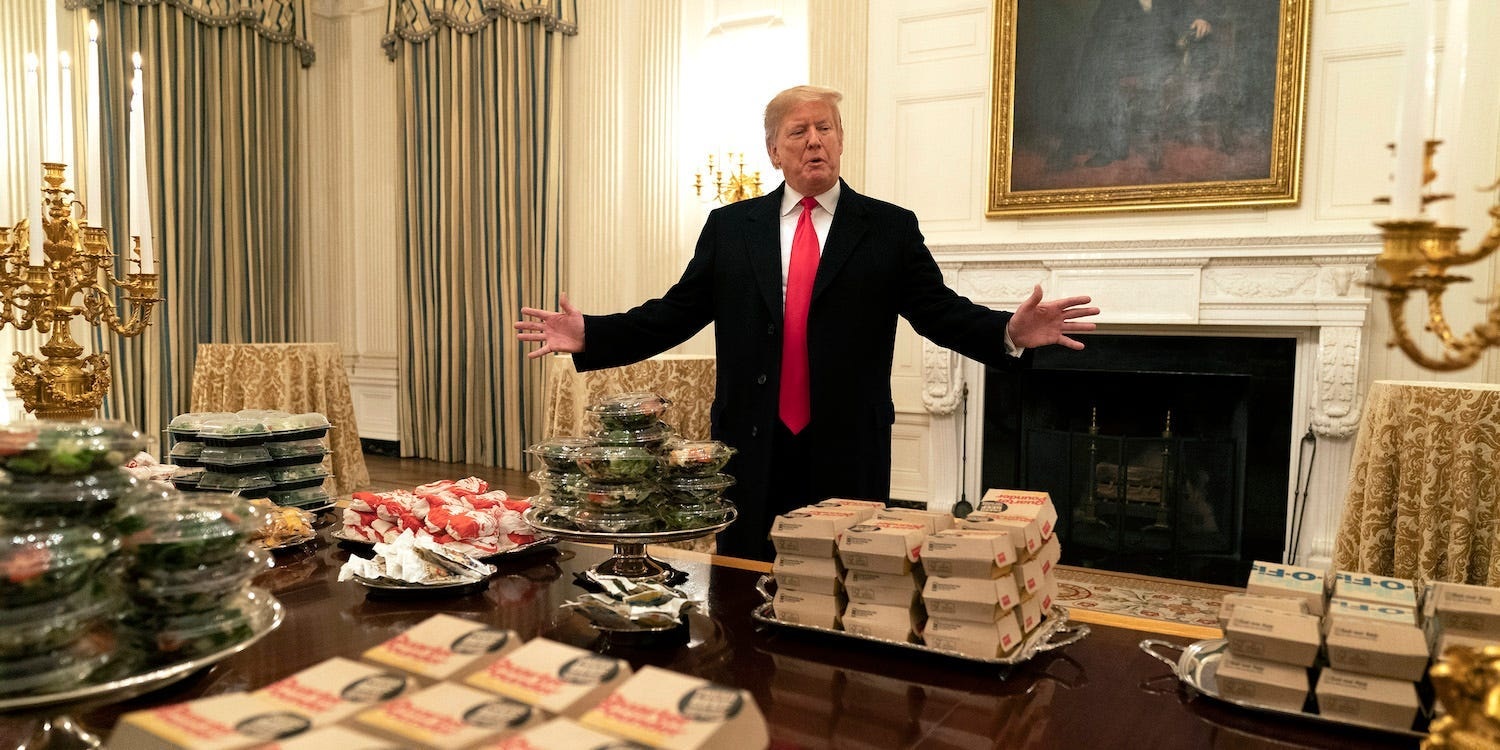 In an interview with GB News, a British TV channel, Miller described the former president as "a lot happier" as well as being "tanned" and "rested" since leaving the White House in January.

Miller said he recently visited Trump in Florida, where they discussed his well-being.

When asked about Trump's weight, Miller said the president cited "not having the kitchen there 24/7... a little bit of golf and a whole lot of endorsement."

The last point appears to be a reference to Trump's moves to project his influence by endorsing candidates who embrace his politics, or aim to unseat his enemies.In April this year, an unnamed Trump advisor told Insider's Tom LoBianco that Trump had "lost 15 pounds since he left the White House."In the GB News interview, Miller said that Trump has lost "20 to 25 pounds" since January.

'Not having the kitchen there 24/7... little bit of golf and a whole lot of endorsement.'

A June 2020 physical exam said that Trump's weight was 244 pounds, ABC News reported, which is over the clinical threshold for obesity.

Prior reports have described the always-on food production at the White House. A former pastry chef working there from 2006 to 2014 told HuffPost last year that his team was always on standby.

"In theory, we were working 24/7," Bill Yosses said, though he said no president had then asked for a midnight snack. Trump does not appear to have spoken much about the 24-hour service in the White House, although he has previously expressed his love of junk food and sweets.

In the same Insider report cited above, an advisor close to Trump said he used to snack extensively on M&M's while flying on Air Force One.The former White House physician, Dr. Ronny L. Jackson, once said he tried to hide vegetables in Trump's food to get him to eat more healthily.