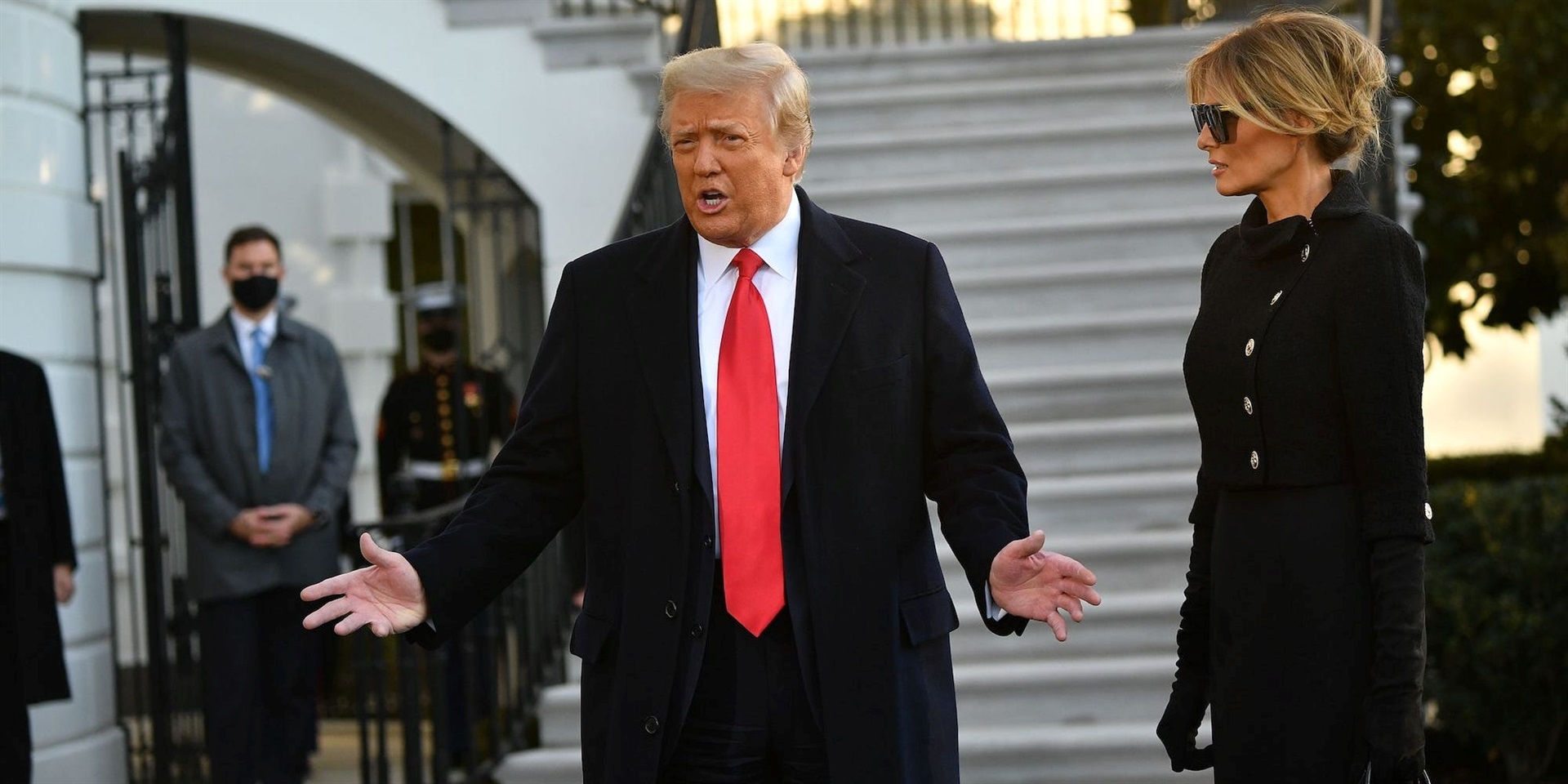 Outgoing US President Donald Trump and First Lady Melania Trump speak to the media depart the White House in Washington, DC, on January 20, 2021. - President Trump travels his Mar-a-Lago golf club residence in Palm Beach, Florida, and will not attend the inauguration for President-elect Joe Biden.
Mandel Ngan/AFP via Getty Images

The start of former US president Donald Trump's impeachment trial in the US Senate could be held up due to the ex-president not having any legal representation to defend him, CNN reported.

On January 13, the House voted 232-197 to impeach Trump on a charge of inciting the January 6 pro-Trump violent insurrection on the US Capitol. The network said that the House could send over the articles as soon as Friday, but it's unclear when the trial would start if Trump has no defense team.

House Dems in discussions to send over the articles of impeachment to the Senate as early as Friday, two sources tell @FoxReports and me, but a complicating factor remains the fact that former President Donald Trump still does not have a lawyer to represent him in a Senate trial.

The Senate, divided between 50 Republicans and 50 Democrats, now has to manage a delicate balancing act of holding hearings and confirmation votes for President Joe Biden's cabinet nominees while conducting an impeachment trial.

A number of prominent conservative attorneys who previously worked for Trump and big law firms are now distancing themselves from the ex-president over his role in spreading false conspiracy theories about elections and then inciting the riot on the Capitol, Bloomberg News reported on January 14.

Bloomberg said that many of the attorneys who represented Trump or assisted in his defense for his first trial, including former White House counsel Pat Cipollone, his former personal attorney Jay Sekulow, former Florida attorney general Pam Bondi, and former Trump senior advisor Eric Herschmann, either declined to represent Trump this time around or expressed no interest in doing so.

Another prominent conservative attorney, Cleta Mitchell, resigned from the firm Foley & Lardner after she participated in a phone call where Trump pressured Georgia Secretary of State Brad Raffensperger to overturn the results of the state's presidential election results.

Rudy Giuliani, Trump's personal attorney who represented the president in some of his lawsuits challenging election results in the wake of the November 3 election, said that he can't represent the president at his trial because he qualifies as a witness to the events. Giuliani spoke at the pre-insurrection rally in Washington, D.C. - and urged "trial by combat," which he later said was a reference to "Game of Thrones" and not a suggestion to commit violence, as happened in the riot that immediately followed the rally.

Bloomberg said that some of the names who could defend Trump include GOP Reps. Jim Jordan and Elise Stefanik and controversial conservative attorney and law professor John Eastman, who represented Trump in an amicus brief to a lawsuit in the Supreme Court from the state of Texas seeking to invalidate and overturn election results in several battleground states. The court declined to hear the case.

"I think it's reflective of where Trump's own status is these days in which he has relatively little to offer and people don't want to be associated with him generally," Keith Whittington, a professor of political science at Princeton University told Bloomberg. "The fact is he's not going to get the A team."

It is unclear whether Trump, who departed to his home in Florida on Wednesday, would return to Washington for the trial. Trump himself did not testify at his first impeachment trial, when the Senate acquitted him on two charges of abusing his office and obstructing Congress.