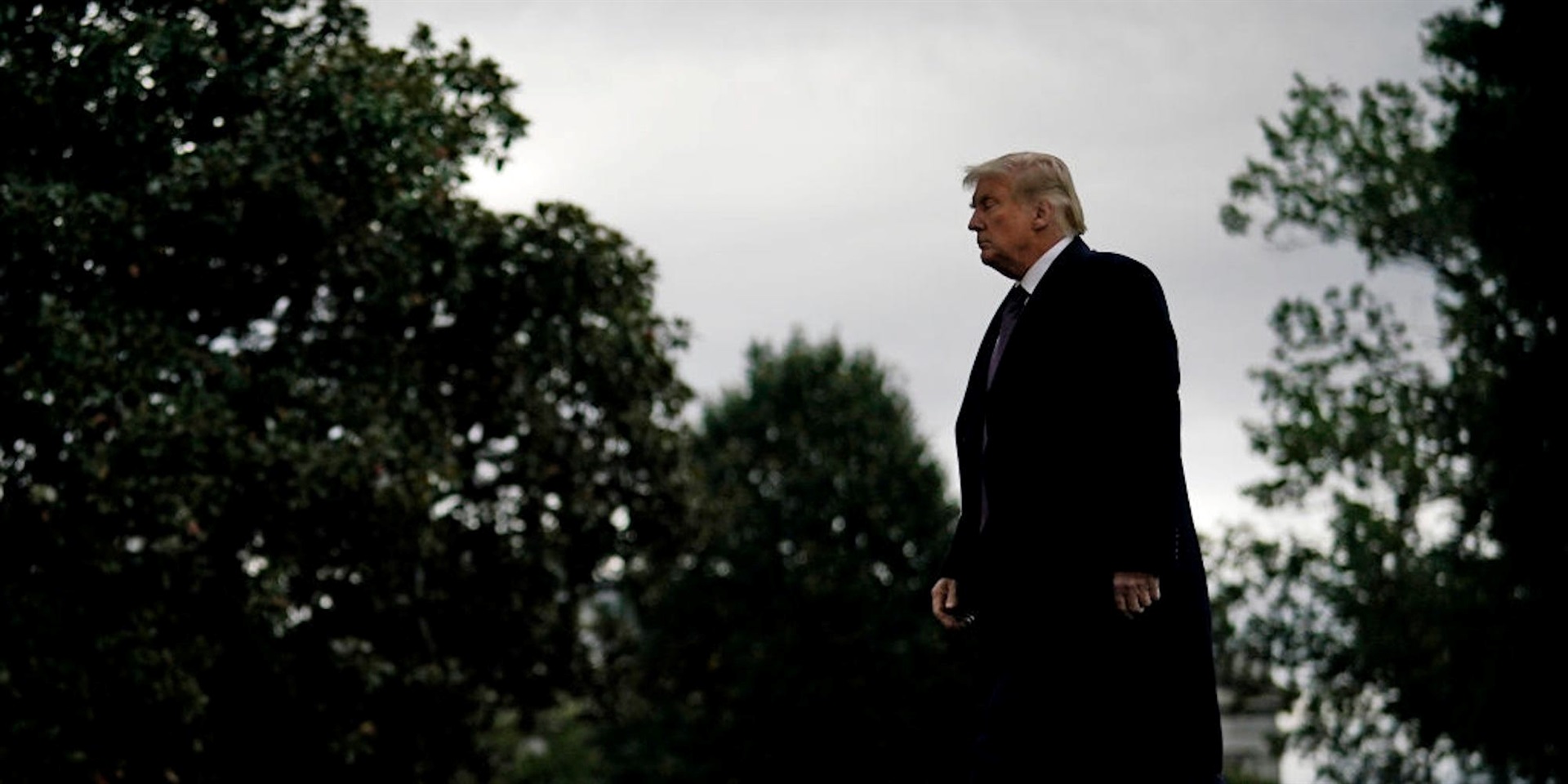 President Donald Trump at the White House on October 1, 2020, after returning from a fundraiser in Bedminster, New Jersey.
Drew Angerer/Getty Images

President Donald told guests at a fundraiser hosted at his Bedminster resort that "the end of the pandemic is in sight" only hours before revealing that he had tested positive for the illness.

On Thursday night the president hosted the 75th Al Smith dinner, a fundraiser for Catholic charities, at his New Jersey resort.

In a speech at the event, the president praised Catholic organisations for their role in combatting the disease, and, in line with his previous approach, sought to downplay its ongoing impact.

"The end of the pandemic is in sight, and next year will be one of the greatest years in the history of our country," remarked the president.

Trump attended the event despite White House officials learning earlier that aide and adviser Hope Hicks had tested positive for the illness, after being taken ill the previous evening. She had accompanied the president on Air Force One Tuesday as he travelled to and from his first presidential debate.

The result reportedly led several officials who had come into contact with her to cancel plans to accompany the president to Bedminster.

Later Thursday evening Trump called into Sean Hannity's show on Fox News, where he said that he and First Lady Melania Trump were being tested for the virus.

"I just went out for a test. It'll come back later, I guess," the president remarked. "The first lady also, because we spend a lot of time with Hope."

And at 1 a.m. local time the president in a tweet announced he would be going into isolation.

"Tonight, @FLOTUS and I tested positive for COVID-19. We will begin our quarantine and recovery process immediately. We will get through this TOGETHER!" tweeted the president.

The series of events highlights how the disease has continued to spread, overcoming even the stringent screening measures of the White House, as Trump has sought to shift the focus away from the crisis as the presidential election approaches on November 3.

Two days before testing positive himself, during the first presidential debate on September 29, Trump had mocked Democratic nominee Joe Biden for scaling back campaign rallies and wearing a mask to contain the spread of the disease.

"We've done a great job," Trump said. "But I tell you, Joe, you could never have done the job we've done. You don't have it in your blood."

As deaths from the illness have continued to mount, Trump has avoided wearing a mask at all but a handful of events, and has continued to stage large rallies where only supporters in camera shot wear masks and few observe social distancing measures.

In remarks to the Las Vegas Review Journal in September, the president said he was not concerned about catching the virus at a rally because he was on a stage far removed from his supporters.

"I'm on a stage and it's very far away," Trump told the Las Vegas Review-Journal. "So I'm not at all concerned."