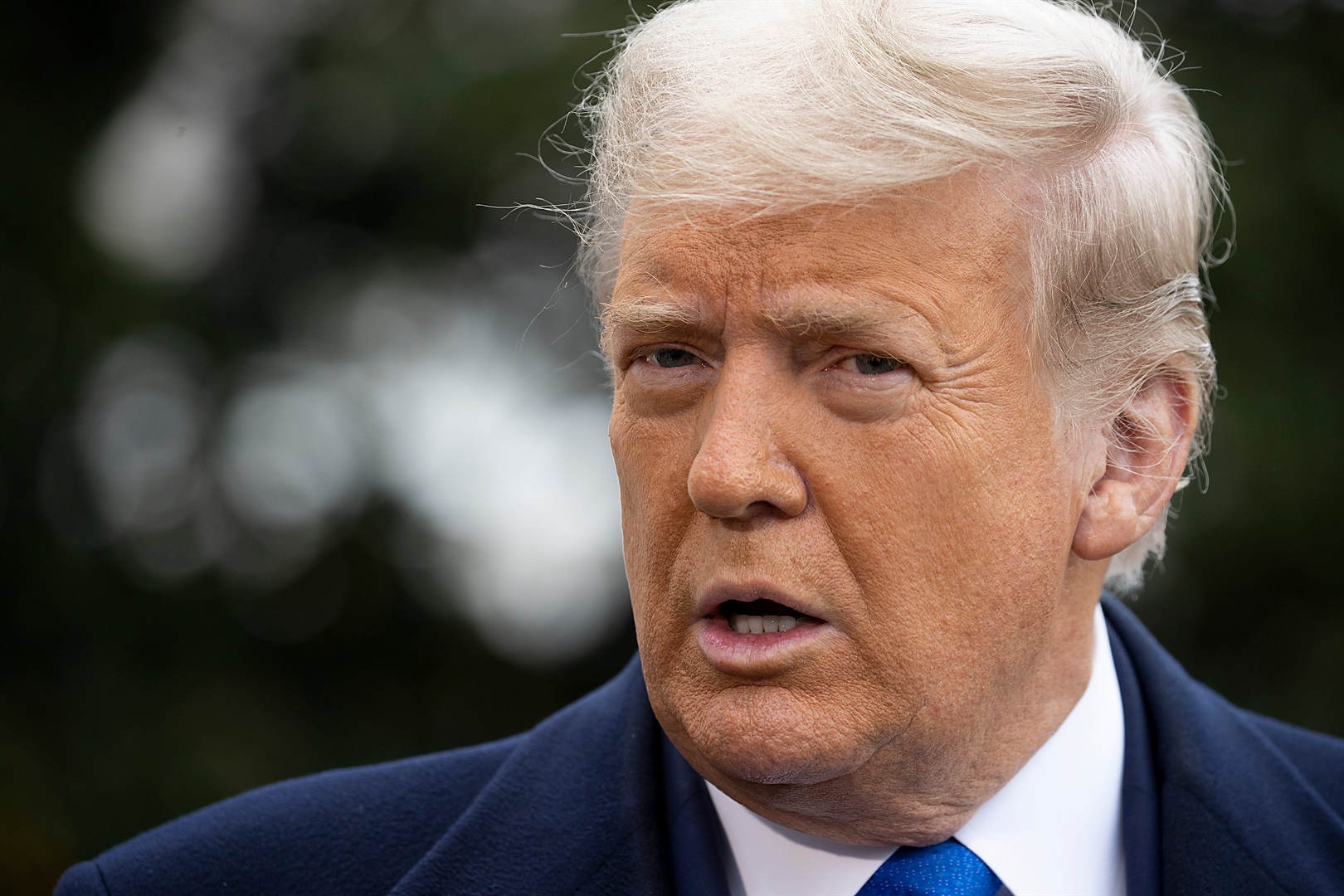 WASHINGTON, DC - OCTOBER 27: President Donald Trump talks to members of the media outside of the White House on October 27, 2020 in Washington, DC. President Trump and First Lady Melania Trump are heading to campaign rallies in Wisconsin and Nebraska.
Tasos Katopodis/Getty Images

More than 1,000 economists, including several Nobel Prize winners, have now signed an open letter urging voters not to re-elect Donald Trump on November 3.

More than 1,000 economists have now signed an open letter urging US voters not to reelect Trump on November 3.

As of Friday, 1,027 prominent economists from major institutions across America, including numerous Nobel winners, had signed the open letter, which is being updated until Election Day.

The number of signatures has increased by more than 300 since last Friday, when it was first created.

Alvin Roth, who shared the Nobel Memorial Prize in Economic Sciences in 2012, told Business Insider he signed the letter because he was "concerned that some voters might believe President Trump's essentially false claims that his careless stewardship has been good for the US economy."

Roth said: "That certainly isn't the view of those who study these things. Letters like this may also help many people know that they are not the only ones to notice that the current president is trying to keep us divided and misinformed." He added that "democracy depends on reliable information, and the letter was meant to provide some of that."

On Thursday, figures released by the Bureau of Economic Analysis revealed the US economy grew at a record annualized rate of 33.1% in the third quarter. Trump claimed on Twitter that the figures were the "Biggest and Best in the History of our Country, and not even close."

However, the letter claimed Trump's "selfish and reckless behavior" had weakened the economy and described his actions as a "sustained assault" on democracy. It also slammed his response to the coronavirus.

Roth, an economics professor at Stanford University, believes the re-election of Trump could severely damage the US economy. This is because the majority of economic progress in the US is made through working with trading partners, he said.

But "President Trump prefers trade wars, with government subsidies to help staunch the bleeding in those parts of the economy that are harmed," such as the damage to American overseas agricultural markets, Roth added.

Roth said that if Biden were elected as president, he would most likely appoint advisors who have knowledge in their areas of responsibility, and could therefore "restore America's relations with our allies and trading partners."

Biden's tax and economic policies will not aim to benefit only the wealthiest Americans and political supporters, according to Roth, who emphasized how divided the country he believes the country is.

In response to the open letter, the Trump campaign said little was mentioned about why Biden would be better suited for the role of president.

Samantha Zager, the Trump campaign's deputy national press secretary, told CNN: "It speaks volumes that in their baseless admonition of President Trump, these left-wing academics couldn't name a single reason why they believe Joe Biden would do anything positive for the American economy."