What would happen if Donald and Melania Trump got a divorce? 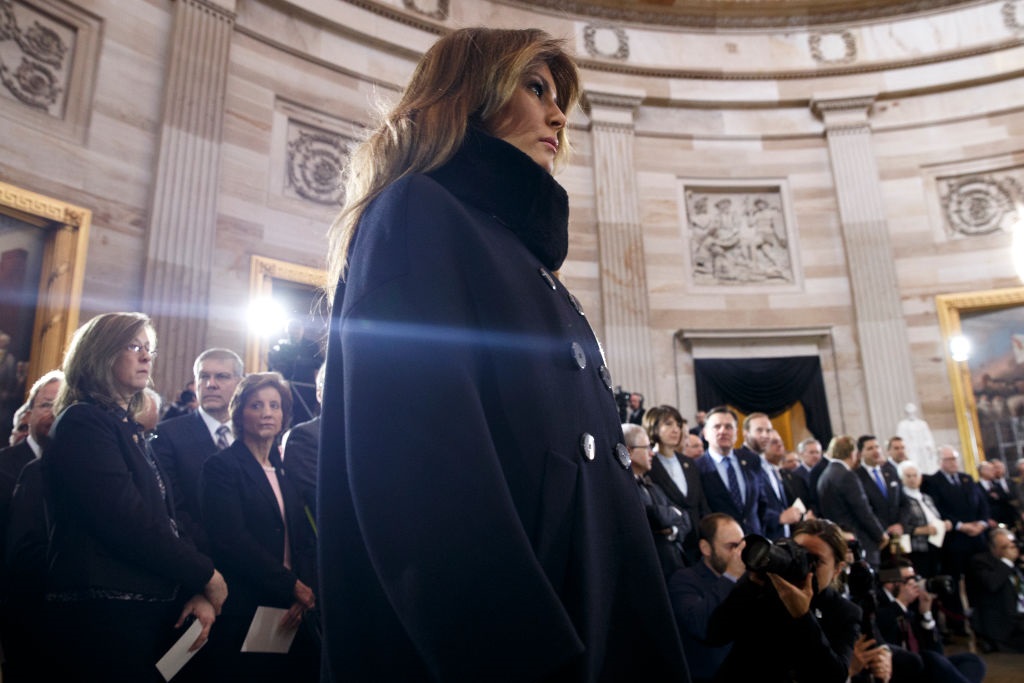 President Donald Trump and first lady Melania Trump are in one of the most stressful marital situations in politics, as first couples face constant scrutiny and ongoing speculation.

The White House has never seen a divorce during a presidential term, so much of the details of any split would be unprecedented and up to the couple. Here's how it could happen.

The couple came under refreshed scrutiny when Melania moved into the White House in June 2018.

Though she insisted it was for her son to finish the school year in New York, the first lady's delayed move in, over a year after Trump's inauguration, sparked rumours about the couple's marriage.

The couple has fueled speculation about marital troubles as Melania has seemed to grow distant from Trump, skipping trips, riding separately to the State of the Union, and avoiding any public mention of their wedding anniversary.

Trump is a big believer in prenups, and his past divorce deals could contain hints about his private agreement with Melania.

Trump is no stranger to prenuptial agreements, considering his wealth, three marriages, and two divorces.

"It's a hard, painful, ugly tool," Trump said about the agreements, which lay out predetermined terms and benefits of a divorce. "Believe me, there's nothing fun about it. But there comes a time when you have to say, 'Darling, I think you're magnificent, and I care for you deeply, but if things don't work out, this is what you're going to get.'"

The contracts can include money, houses, or anything a future spouse deems valuable enough to protect. They can also be amended over the course of a marriage to match a spouse's growing wealth or growing family, and they are often private until the terms shake out in a divorce settlement.

Trump's prenup with his second wife, Marla Maples, was largely designed to avoid a messy public fight like the one he went through with his first divorce.

A copy of his prenuptial agreement with Maples that was obtained by Vanity Fair showed that Trump wasn't afraid to draw harsh lines in the sand in the event of a divorce, including cutting off child-support payments if the child got a job or joined the military, and barring the ex-spouse from publishing any details about the marriage.

Trump's personal wishes were likely honoured by Melania, as Trump reportedly told the gossip columnist Liz Smith that negotiations had gone smoothly, saying, "The beautiful thing is that she agrees with it. She knows I have to have that."

The terms of the divorce were likely changed before Melania entered the White House, according to a divorce expert.

The White House was an unexpected path for the couple's life together and likely means there were renegotiations of their initial prenup agreement, particularly by Melania.

Jacqueline Newman, a managing partner and divorce litigation specialist at Berkman Bottger Newman & Schein, said Melania likely "upped the terms" when she was set to become first lady because of the extensive lifestyle changes she was going to experience.

"Whatever amount of money she was due to receive, my guess is that she's going to want an increased amount," Newman said. "If they were to divorce now or after he's no longer president, there's going to be security detail, there's going to be all sorts of things that are going to be very different for her as a former first lady than if she was just Donald Trump's wife."

The couple's only son, Barron, could also be included the deal.

Because Barron is only 13, any divorce agreement would have a portion focusing on the teenager's living arrangements while he's under 21. Deals would also be worked out to award custody to his parents and secure financial support resources for Barron while he's underage.

In his divorce from Ivana, Trump was also ordered to pay about $650,000 annually in child support for the couple's three children, which was similar to what they agreed to in their prenuptial agreement, according to The New York Times.

Trump's divorce agreement with Maples stipulated that he would make $100,000 child support payments for his and Maples' young daughter, Tiffany, until she turned 21. It also said the payments would stop if she got a full-time job, enlisted in the military, or joined the Peace Corps.

History suggests that there could be a replacement first lady.

Since the first lady is not an official position, a president can assign the role to another person, even if they're not romantic partners.

Past presidents who were single and widowed picked their nieces and daughters.

Trump's pick for a replacement first lady would likely be his eldest daughter, Ivanka, who is a senior adviser in the administration and present at many notable official events, sometimes to the confusion and chagrin of some. At 2019's G20 conference, Ivanka was skewered for appearing alongside world leaders.

The couple's shared penthouse in Trump Tower would be up in the air. Trump would likely be responsible for securing a place for Melania and Barron to live, assuming they would leave the White House upon the divorce.

Since the first lady put such an emphasis on Barron finishing his school year before moving into the White House, she might feel the same way about staying in Washington until he can easily go back to his New York school.

The first lady also has some property of her own that could be in the mix. Melania bought the unit from Trump Tower's condo board for $1.49 million in January 2016, but it is still unclear what its purpose is.

Even after the marriage was officially over, Melania would likely have to keep quiet about life with Trump, perhaps especially their time in Washington.

Vanity Fair reported that the confidentiality agreement signed by Maples dictated that she wouldn't publish "any diary, memoir, letter, story, photograph, interview, article, essay, account, or description or depiction of any kind whatsoever, whether fictionalised or not, concerning (or seeming to concern) the details of the parties' marriage."

Of any violation, it said: "Donald will suffer irreparable damage and injury in the event of any such breach."

Since she's been privy to more sensitive events than Trump's other wives, Melania likely wouldn't join the scores of his former aides who spoke out after leaving the administration.