Trump's age, weight, and sex all make him more at risk of getting a severe coronavirus infection President Donald Trump has tested positive for Covid-19. His age, weight, and sex put him in groups more likely to be hospitalized or get a severe case of the illness.

Trump has not revealed what symptoms — if any — he has experienced, and White House Physician Sean Conley said in a Thursday memo the president was feeling "well."

First Lady Melania Trump, who also tested positive for the virus, tweeted early Friday morning that they are "feeling good."

President Trump is 74 years old, putting him in a particularly vulnerable age group. The risk of hospitalisation and death starts rising dramatically the older a person gets.

According to the Centers of Disease Control and Prevention, eight in 10 COVID-19 deaths in the US have been adults 65 years and older. 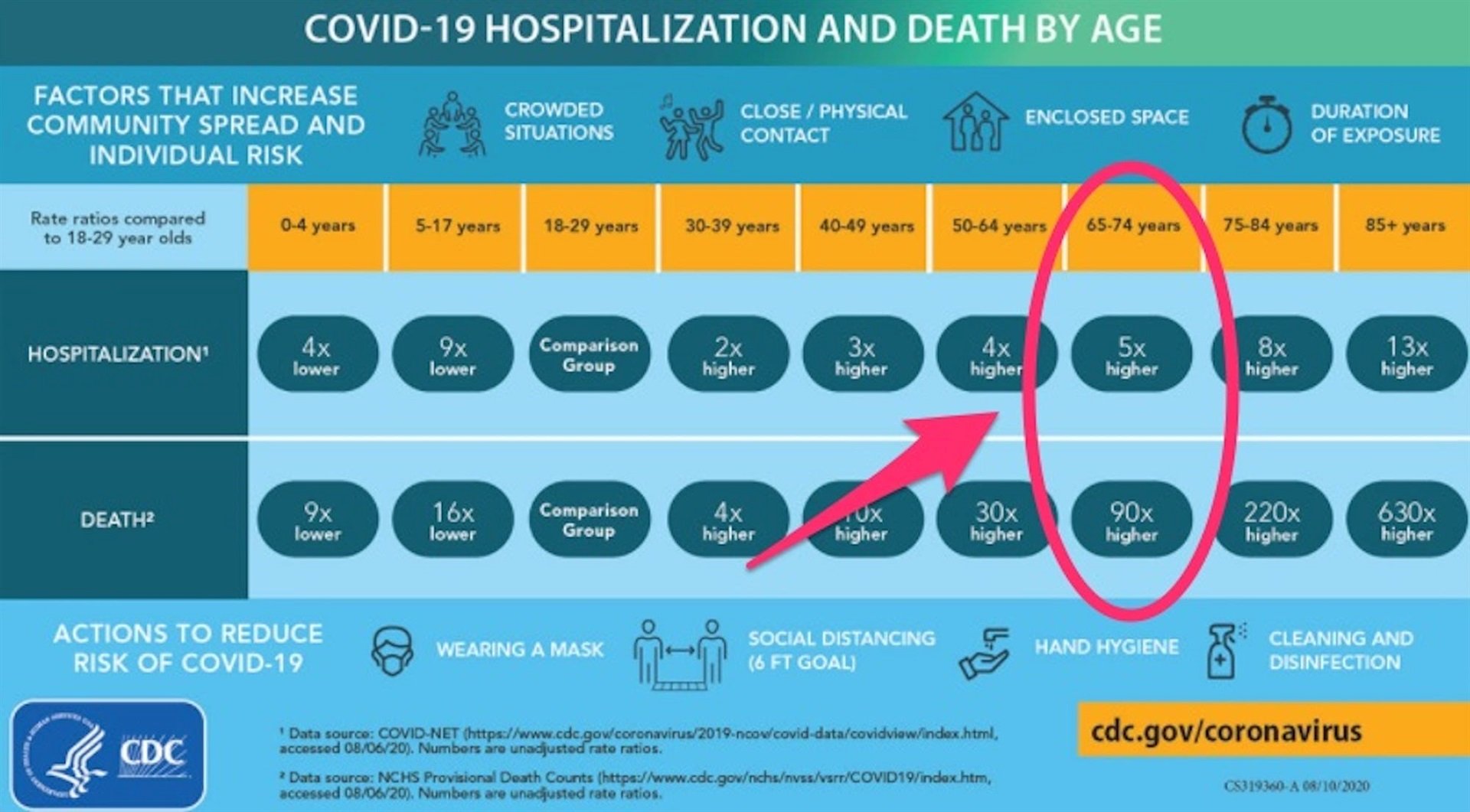 Being obese makes the president at risk of severe illness

At his last check-up in February 2019, Trump weighed 243 pounds, making him clinically obese with a body mass index (BMI) of 30.4, according to the BBC.

The CDC says having a BMI over 30 "increases your risk of severe illness from COVID-19."

Figures released by the CDC show obese people are three times as likely to be hospitalized for COVID-19 compared to people without conditions. Men are more likely to get a deadly infection

Though most people do not die from the coronavirus, data collected from around the world has suggested that men are more likely than women to get a deadly infection.

According to the CDC, 54% of all deaths in the US have been male and 46% have been women. But Trump is not a typical coronavirus patient

Despite the heightened risks of getting a severe case, the president is not a typical coronavirus patient.

He has a personal doctor at the White House to care for him, rather than having to isolate at home without medical care nearby.

Conley, the White House physician, said in his Friday memo that he "will maintain a vigilant watch" over the president.

The White House has also implemented a pandemic policy of testing anyone who meets the president.

However, Bob Wachter, the chair of University of California, San Francisco's medical department, tweeted on Friday that he is "not convinced that VIPs get better care" for coronavirus infections and is "unconvinced that the odds for a VIP patient are any better than for the average pt [patient] who shows up in our ER."