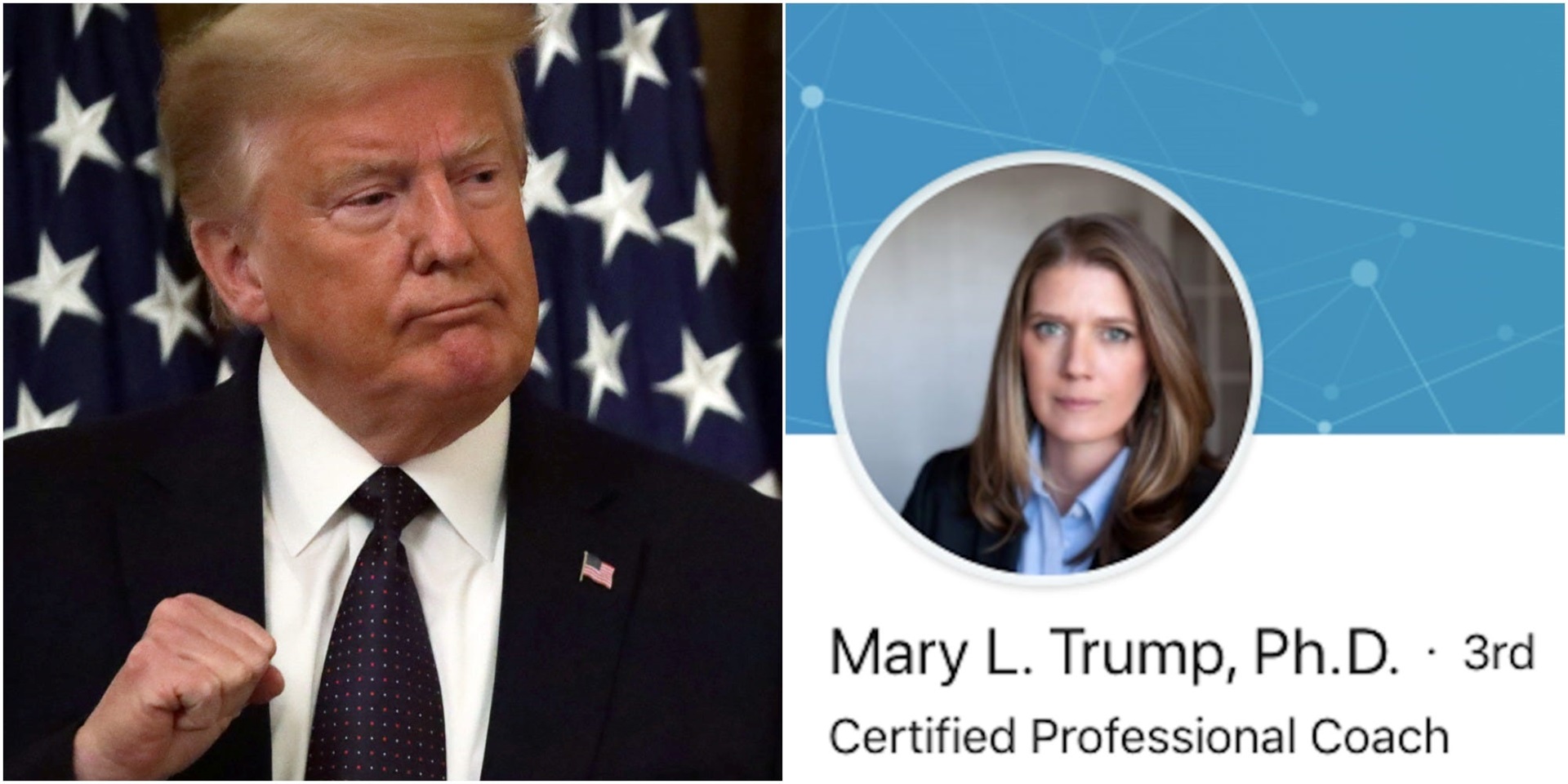 US President Donald Trump's brother is again trying to silence their niece, Mary Trump, alleging that the First Amendment does not extend to her tell-all book.

In a filing first reported by The Daily Beast, Robert Trump argues that his relative is bound by a confidentiality agreement signed years ago - and that book publishers do not enjoy the same right to free speech as news organisations.

The book, from publisher Simon & Schuster, includes a host of embarrassing revelations about the president. A copy obtained by Business Insider alleges that Trump cheated on his SATs to get into the University of Pennsylvania, a claim denied by the White House; that he attended a movie rather than go to the hospital where his brother, Fred Trump Jr., died of a heart attack; and that his sister, a federal judge, pronounced him a "clown" after he announced his intention to run for the presidency.

The White House pushed back against these claims. "Mary Trump and her book's publisher may claim to be acting in the public interest, but this book is clearly in the author's own financial self-interest," deputy press secretary Sarah Matthews said in a statement to Business Insider. "President Trump has been in office for over three years working on behalf of the American people - why speak out now?"

Robert Trump's lawyer, Charles Harder, does not allege that the book contains any falsehoods. Rather, he insists that Mary Trump's work constitutes "personal observations, not political commentary," and is therefore prohibited by a non-disclosure agreement.

Mary Trump's attorney, in a statement to The Daily Beast, called that argument nonsense.

"Robert Trump's brief defies the First Amendment," Theodore Boutrous Jr. said, "ignores basic contract law and fails completely to justify a prior restraint muzzling Mary Trump from publishing her book and engaging in core political speech about the president based on her own experiences and observations."

On July 1, a judge lifted a temporary restraining order against Simon & Schuster, blocking publication, saying that the book was in the "public interest."