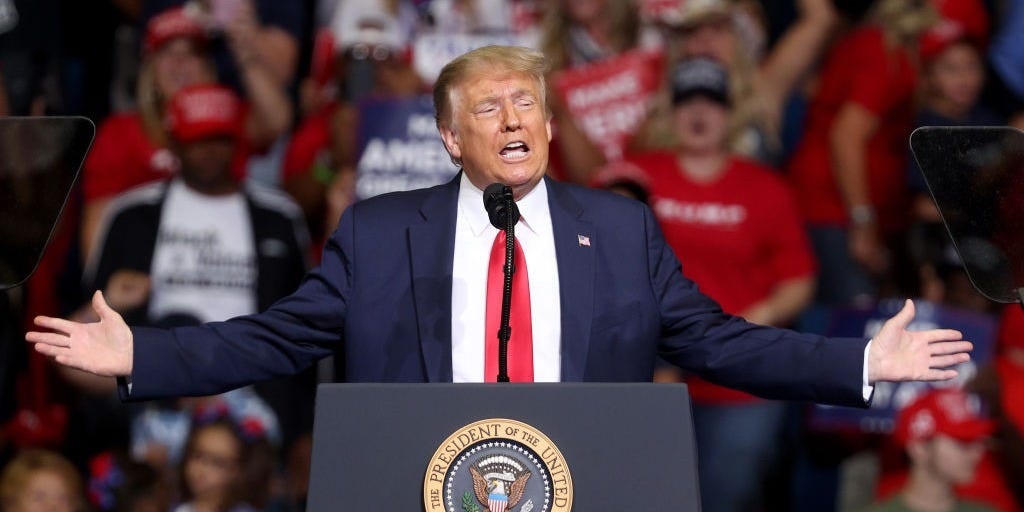 President Donald Trump bragged about how well he did on a cognitive test from two years ago during a meeting at the White House about his reelection campaign, The Washington Post reported.

Two sources who were present for the meeting told The Post that Trump went on about his performance on a 10-minute test that he took in 2018, which included animal pictures and other simple questions used to check for cognitive impairment. The White House declined to comment about the meeting to Business Insider.

Trump has a past of casting aspersions at political opponents' perceived physical weaknesses. He has long poked fun at former Vice President Joe Biden and referred to him as "Sleepy Joe," and during the 2016 election, he and his campaign regularly questioned Hillary Clinton's stamina and health.

But, according to The Post, Trump is now preoccupied with the perception of his own physical and mental health, which have been the source of recent commentary (and political ads).

Last week The Post reported that Democratic Presidential candidate Joe Biden's campaign highlighted Trump's "cautious descent" down a ramp after his speech at the US Military Academy at West Point commencement ceremony.

Trump addressed some of the recent incidents, including the one at West Point, and spent roughly 14 minutes giving his own versions of events about walking down the ramp during his reboot rally in Tulsa on Saturday.

Trump's apparent focus on not appearing "weak" has also become fodder for critics, as it is during a time of mass protests against police brutality, a pandemic, and an economic downturn.

"In the middle of the worst economy in a century and with more than a hundred thousand Americans dead this guy is primarily concerned with not looking weak," Sen. Brian Schatz, a Democrat from Hawaii, told The Post, referring to the death toll from the coronavirus pandemic.

"And his endless, bottomless insecurity was onstage, in three dimensions, during that storytelling moment, for everyone to see," Schatz continued. "I've seen a lot of crazy things in the last four years but that display of juvenile behaviour and self-regard will go in the Trump time capsule."