The complaint accuses Trump and his children, Donald Jr., Ivanka, and Eric, of luring vulnerable investors to buy into three businesses with "a pattern of racketeering activity," according to The New York Times, which first reported on the lawsuit.

Some of the payments were made in secret, according to the lawsuit, which also alleges the Trumps "were aware that the vast majority of consumers would lose whatever money they invested."

Trump, who allegedly promoted ACN to investors without disclosing he was being paid, was heard in at least one ACN marketing video describing the company as being on the "cusp of technological advancements that will change the way we communicate."

"I'm here to tell you about a company that provides ... essential components for success," Trump said in the video. 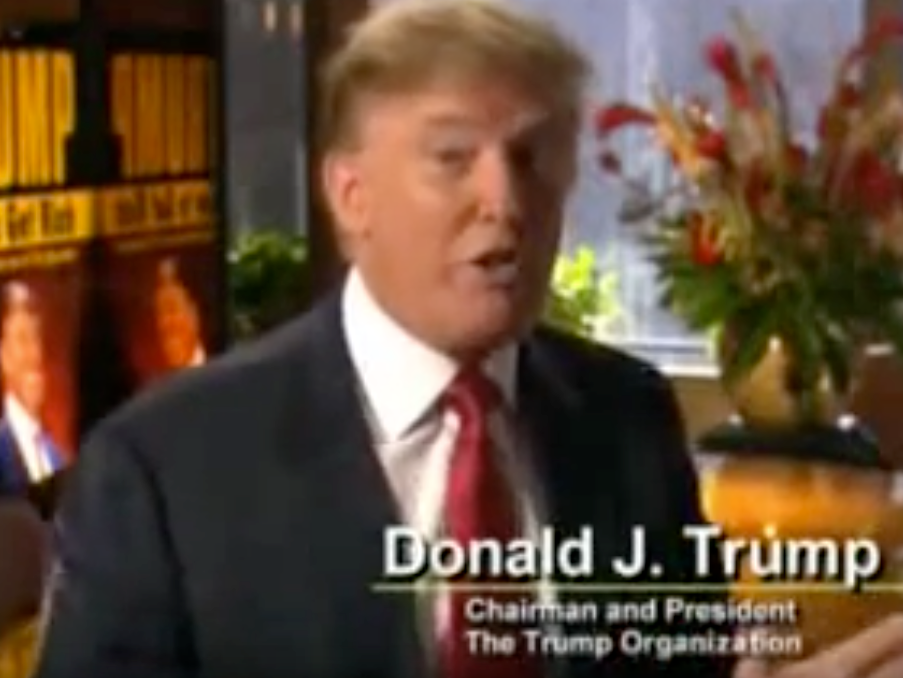 Donald Trump appears on a promotional video for ACN.
carolinavideophone/YouTube

"That's probably even better than real estate, I like real estate," Trump continued. "But I think this is probably better. It's certainly more advanced."

"You have a great opportunity before you with ACN. Without any of the risks most entrepreneurs have to take," Trump added. "Believe me. It's ultimately a dream come true."

The lawsuit was filed on behalf of four anonymous plaintiffs, who withheld their identities due to "serious and legitimate security concerns given the heated political environment," according to their attorneys.

The plaintiffs reportedly became investors in ACN after watching Trump's promotional videos, and were charged a $499 registration fee to sell products like videophones, The Times and CNBC reported on Monday.

ACN, like other multilevel marketing companies, allegedly advertised incentives for recruiting other investors or sales staff to join its programme.

One plaintiff claimed to have joined ACN in 2014 after attending a recruitment meeting that included a video of Trump's endorsement. After spending thousands of dollars attending other meetings, she only earned $38 from the company, according to the lawsuit.

Trump Organisation officials questioned the timing of the lawsuit, which comes days before the November 6 midterm election: "This is clearly just another effort by opponents of the President to use the court system to advance a political agenda," attorney Alan Garten said to The Times.

"Their motivations are as plain as day," Garten added.

A spokesperson for the plaintiff's attorneys denied the allegation and said the lawsuit was filed "because it is ready now," according to CNBC.

"No matter when this was filed, the Trump Org would say it was politically motivated," the spokesperson said.