The Norwegian coast guard rescued 12 people off the Eemslift Hendrika, that was drifting at sea.
Insider/kystverketWEB/YouTube

Footage from the Kystverket, the Norwegian national coastal administration, shows how the crew were airlifted by helicopter from the deck of the Eemslift Hendrik.

Some could be picked up directly from the deck, while others had to jump into the sea before they could be saved because of the rough conditions.

Some of the crew jumped off the ship before being rescued at sea, whereas others were carried off the deck of the ship. 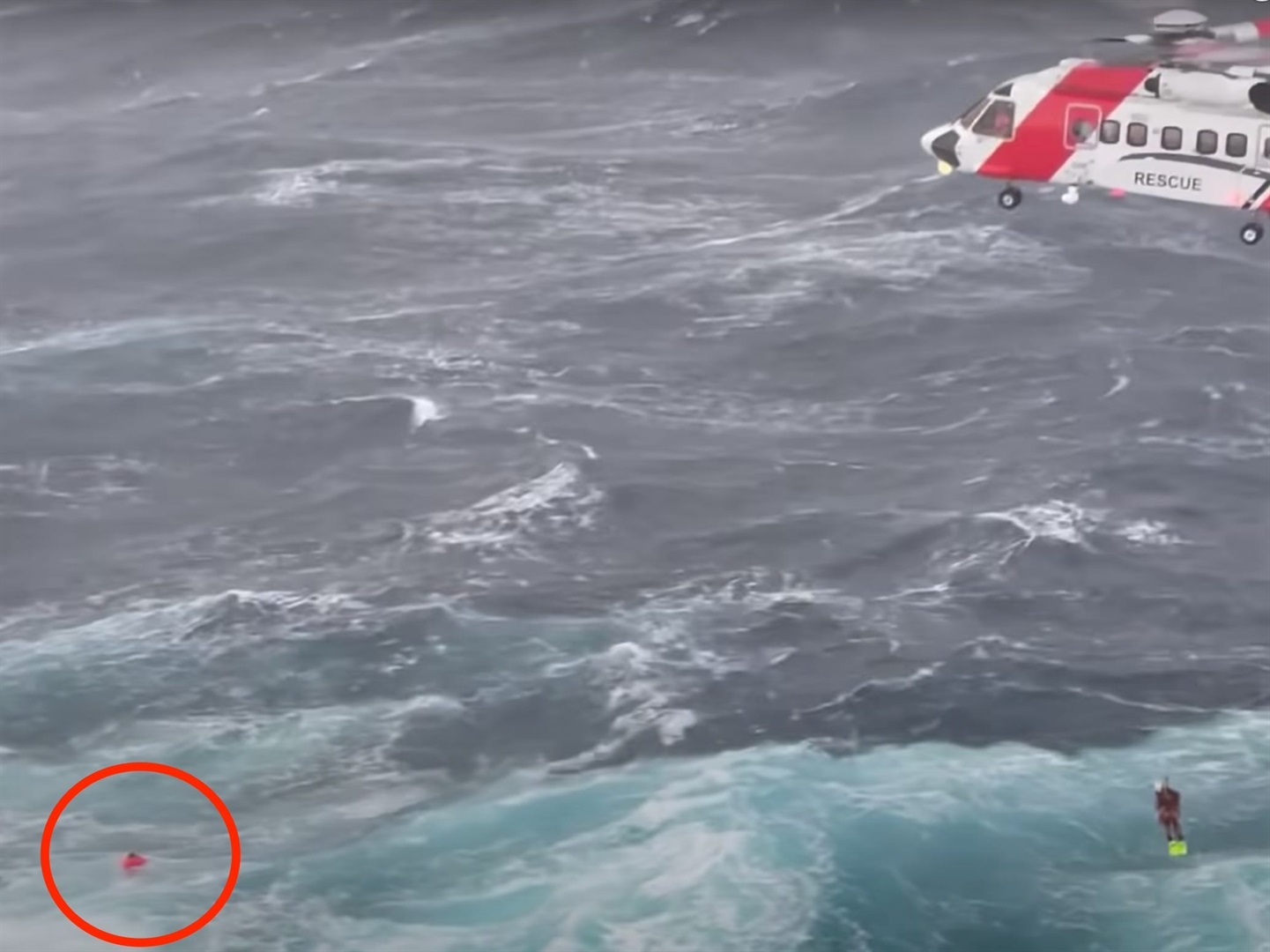 A crew member being rescued at sea after they jumped off the boat.
kystverketWEB/YouTube

The commercial ship sent a distress signal after its cargo shifted in stormy weather. The ship was tilting at about 30 degrees, Hovedredningssentralen, the Joint Rescue Coordination Centre of Southern Norway, said in a tweet on Monday. The Eemslift Hendrika is a boat for carrying other boats, and can be seen loaded with several other vessels in photographs. The Hendrika is a Dutch ship operated by Starclass Yacht Transport.

After the rescue it was left adrift with its cargo but no crew, headed for the western coast of Norway. Authorities hope that a tow boat can catch up to it before it hits land and drag it to safety.

Authorities are concerned about an oil spill if the ship hits land, the Kystverket said in a tweet on Tuesday. The Eemslift Hendrika's journey as of April 7, according to data from Spire Maritime.
Insider

"As of now, it is just over a day until that #eemslifthendrika hits land, but it is likely that a tow will be connected before that time," the Kystverket said in a tweet on Tuesday.

A tug boat has arrived to the scene, the coast guard has said, and the rescue operation is expected to be carried out after noon Wednesday, Reuters reported, as the weather should be calmer.

What the these rescue operations calls clement weather is all relative. Today in a tweet, Kystverket described better weather as being waves between 10 to 25 feet, stiff gales, and snowy weather..