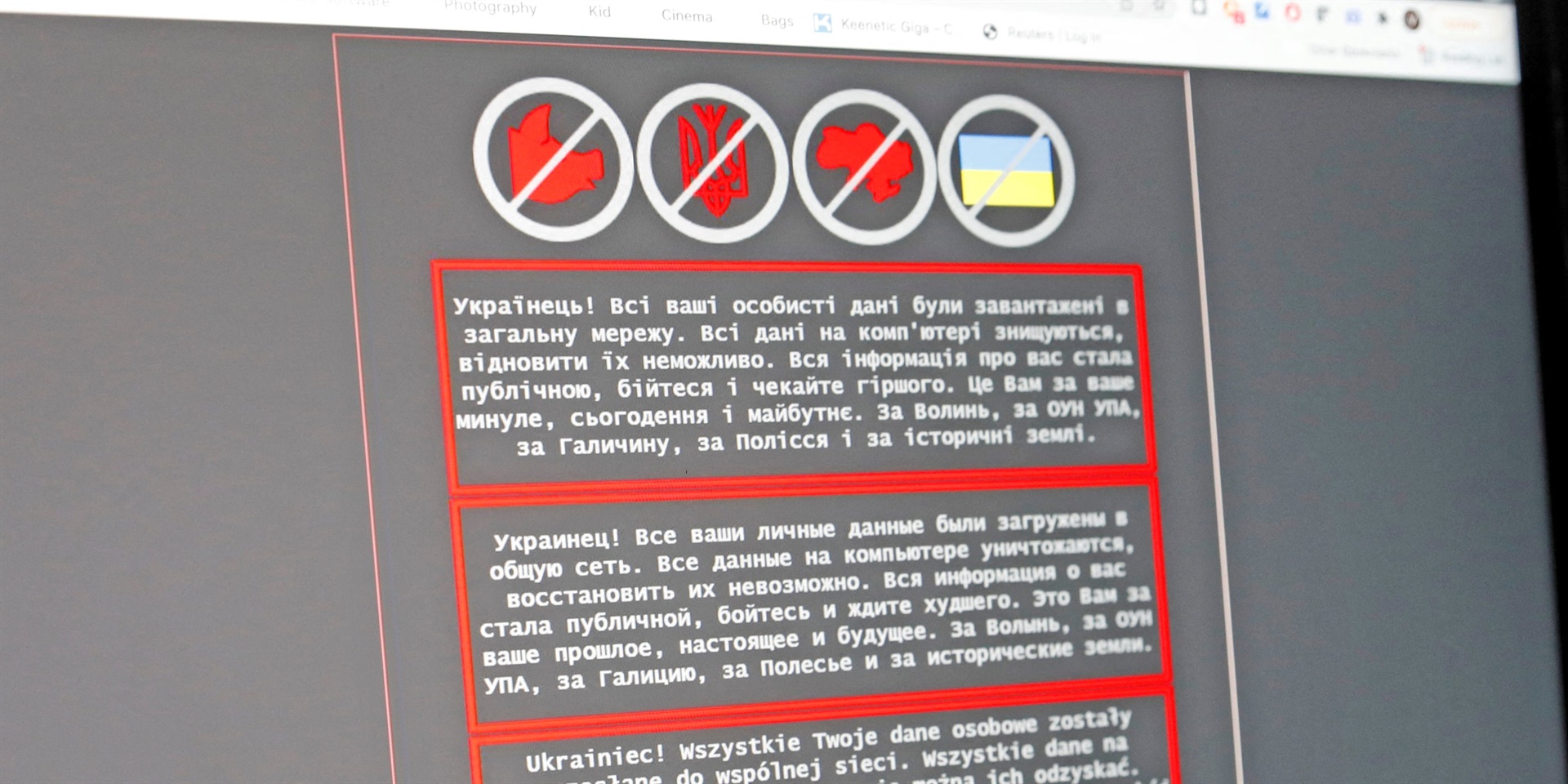 A laptop screen displaying a warning message in Ukrainian, Russian and Polish, on the official website of the Ukrainian Foreign Ministry on January 14, 2022.
REUTERS/Valentyn Ogirenko/Illustration

The Ukrainian government said Friday that it had been hit by a massive cyberattack.

"As a result of a massive cyber attack, the websites of the Ministry of Foreign Affairs and a number of other government agencies are temporarily down," tweeted Oleg Nikolenko, a foreign ministry spokesman. "Our specialists have already started restoring the work of IT systems, and the cyber police has opened an investigation."

Earlier on Friday a message appeared across multiple Ukrainian government websites that said the personal data of all 43 million Ukrainians had been compromised.

"Ukrainians! All your personal data was uploaded to the public network. All data on the computer is destroyed, it is impossible to restore it," the message, which was posted in Ukrainian, Russian, and Polish, said.

"All information about you has become public, be afraid and expect the worst. This is for your past, present and future."

However, Ukraine's security service said shortly after the attack that no personal data had been leaked, Agence France-Presse reported.

A top Ukrainian security official told Reuters that they believe Russia was likely behind the attack.

"All subjects of cyber security were aware of such possible provocations by the Russian Federation. Therefore the response to these incidents is carried out as usual," the person said.

The attack came one day after Russia said there was no point in continuing security talks with Ukraine and the US.

Russia has for months been amassing military forces at its border with Ukraine, and the US has repeatedly warned of an imminent Russian invasion.

The Kremlin said it was taking the step in self defense in the face of NATO's eastward expansion and the presence of US artillery in Ukraine, but claimed it has no intention of invading.

Josep Borrell, the European Union's top diplomat, told reporters on Friday: "We are going to mobilise all our resources to help Ukraine to tackle this cyberattack. Sadly, we knew it could happen.