A Portuguese soccer team is the sole cause of the presence of the Omicron variant of Covid-19 in the country.

Belenenses, which plays in the country's top division, the Primeira Liga, reported that 13 of staff members have tested positive for the variant first detected in South Africa last week.

An outbreak started when the club's South African defender Cafu Thete returned from international duty in his home country on November 17, Reuters reports.

While there, Thete did not play in either of South Africa's matches against Ghana and Zimbabwe, but did contract Covid. It was later discovered that he had contracted the Omicron variant of the disease, which was then passed on to 12 people at Belenenses, including some players and some staff.

The BBC reports that this accounts for the entirety of Omicron case numbers in Portugal.

Belenenses' Covid outbreak made headlines over the weekend, before it was made public that the team had cases of the Omicron variant, when the team was forced to abandon its game against Benfica in a farcical manner on Saturday. The game was abandoned after Belenenses was reduced to six men.
Gualter Fatia/Getty Images

The club began the match with just nine men on the pitch due to its Covid outbreak. With 17 players unavailable, Belenenses was forced to field a goalkeeper, Joao Monteiro, as a defender.

In the second half and trailing 7-0, the team was further reduced to six men due to injuries. At this point, the game had to be abandoned as soccer rules dictate that no team can have fewer than seven players on the pitch. 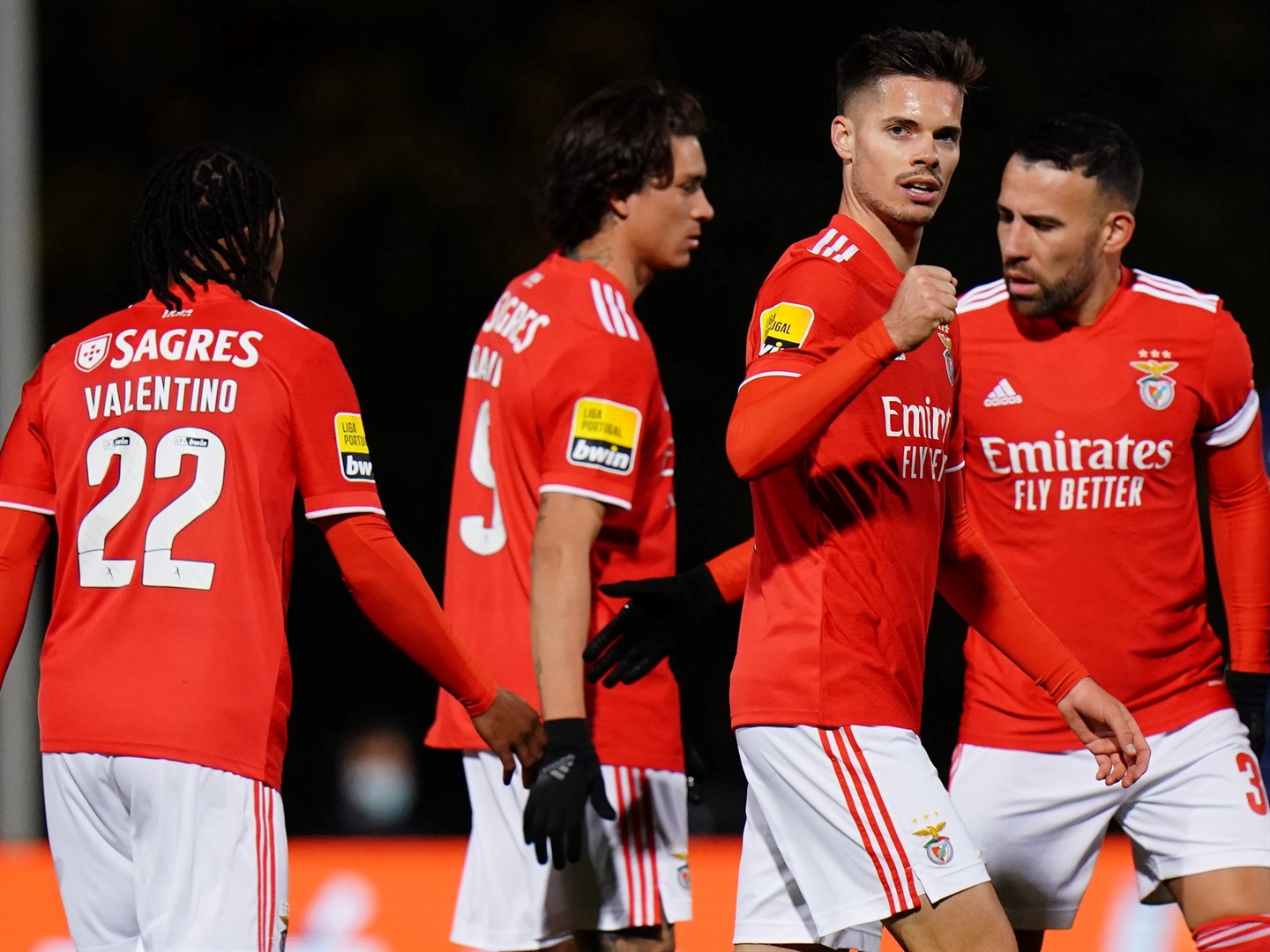 The club told Reuters that 44 players and staff were now self-isolating as a result of the Omicron outbreak.

Both Benfica and Belenenses criticized the league and the Directorate-General for Health for failing to call the game off. However, the league said it did not receive a formal request to postpone the match and the health authorities said it was not up to them to postpone the game according to the BBC.

Scientists are racing to learn more about the new variant, which contains a large number of mutations.

The World Health Organization said on Sunday that it is "not yet clear whether Omicron is more transmissible" than other Covid variants such as Delta.

A number of countries have already enforced travel restrictions in an attempt to prevent the spread of the Omicron variant, though Dr. Anthony Fauci said Saturday that the variant "invariably is going to go all over."