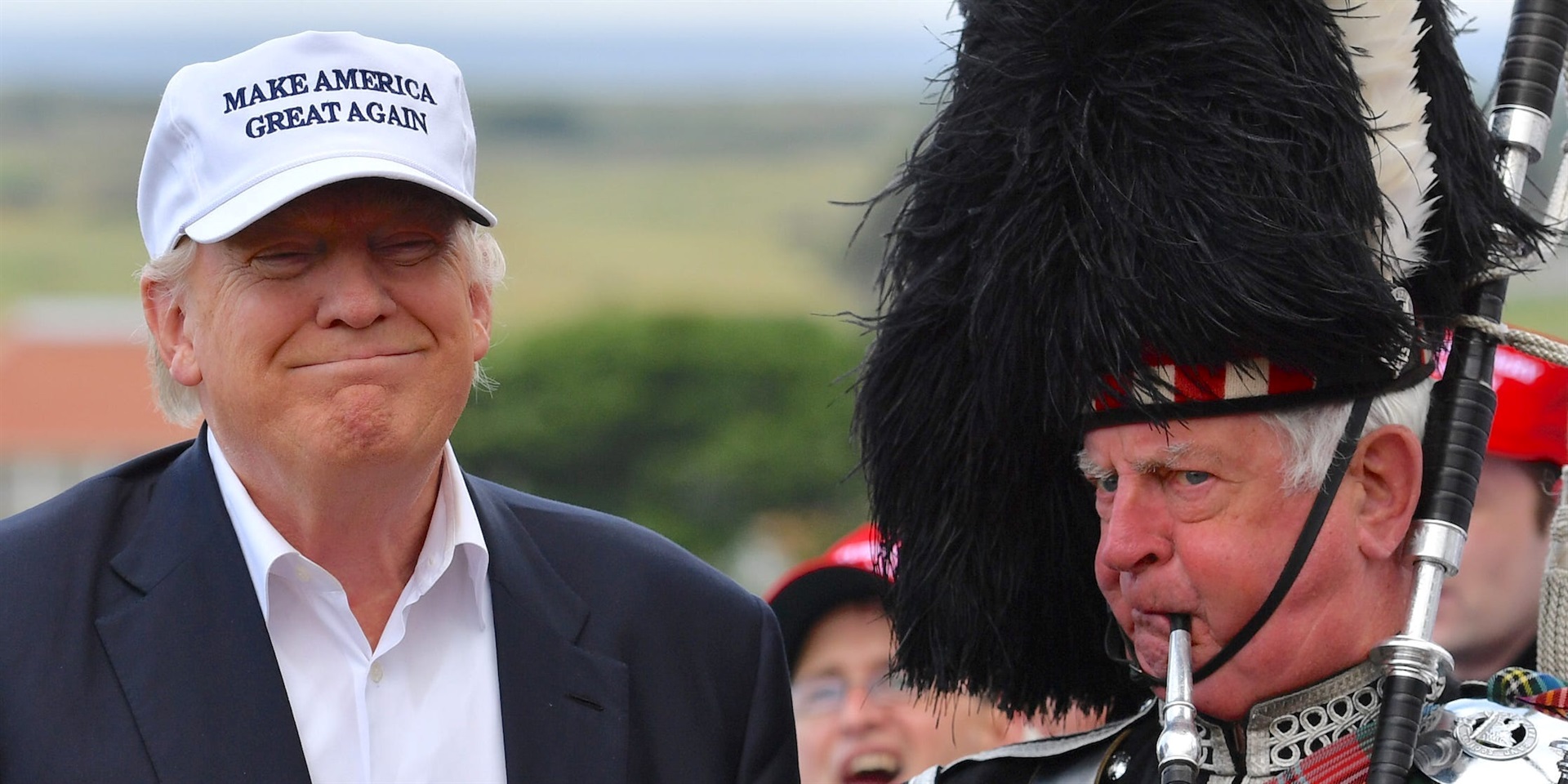 A file photo of Donald Trump at one of his Scottish properties.
Getty

Hopes of an investigation into Donald Trump's all-cash purchases of a Scottish golf course receded on Thursday when a judge issued a legal ruling about so-called "McMafia" orders in Scotland.

Edinburgh's Court of Session had been considering the Scottish government's decision not to investigate Donald Trump's 2014  purchase of Turnberry, the historic golf resort near Glasgow.

Campaign group Avaaz brought the case after the Scottish government in February rejected calls to pursue an "Unexplained Wealth Order" (UWO) against Trump.

UWOs give prosecutors the power to require people or organisations to explain how they acquired assets such as expensive property. They are known as "McMafia" orders in reference to the TV series about organised crime.

Avaaz argued that a "towering cloud of suspicion" hangs over Trump's purchase of Turnberry, which, unusually, he bought in cash in 2014 for $60 million.

The court on Thursday ruled that ministers did not have a duty to apply for Unexplained Wealth Orders against individuals.

Craig Sandison, the senior judge who issued the ruling, agreed with the Scottish government that ministers could delegate that responsibility to the Lord Advocate, Scotland's chief legal officer.

Dorothy Bain, the Lord Advocate, could still initiate a UWO against Trump, though to date she has made no signs that she will.

The ruling means Nicola Sturgeon and other Scottish ministers will not be forced to decide one way or the other.

Avaaz said that Bain, who was appointed in June, should move to start the investigation.

Nick Flynn, legal director at Avaaz, said in a statement: "The law may have been clarified, but a cloud of suspicion still hangs over Trump's purchase of Turnberry.

"By any measure, the threshold to pursue a UWO to investigate the purchase has easily been crossed.

"The Lord Advocate should take urgent action in the interest of the rule of law and transparency, and demand a clear explanation of where the $60m used to buy Turnberry came from."

Insider contacted the Scottish government for comment but did not immediately receive a reply.