Some over 35s have already booked vaccine appointments with Discovery, Dis-Chem Covid-19 vaccination registration for over 35s was to officially open today, with an official start date set for 1 August. But some early adopters found that registration on the government's Electronic Vaccination Data System (EVDS) for this age group opened late last night - and many were able to book appointments for their first dose as early as this morning.

Both Discovery and Dis-chem, who accept direct booking via their own Covid-19 vaccination web portals, instantly recognised EVDS appointments for over 35s - and offered appointments well before the 1 August start date.

Discovery launched its own Covid-19 vaccination portal in April - which it later linked up to the government's EVDS. This system automatically recognised EVDs registrations for over 35s on Thursday morning - and allowed an automatic booking for registered without needing to input any additional information or an EVDS Voucher Code.

There's a link to this portal behind the login page for Discovery users.

There is then a link to book a vaccination appointment via the Discovery vaccination portal - which is also accessible via a direct link. Following the numerical prompts eventually delivers you to option number three - which allows eligible users to book a vaccination appointment at a Discovery centre located nearby. It's then possible to enter your address, select a convenient vaccination site, and book a slot.

Availability is sporadic - and in some cases, appointment dates for age groups under 50 are blocked out until 1 August. But early on Thursday morning, Business Insider South Africa was able to identify and book appointments at these centres as early as today.

Pharmacy group Disc-hem also has a direct Covid-19 booking portal which allowed over 35s to make vaccination appointments as early as Thursday morning.

The portal initially said it was taking bookings only for over 50s, but has subsequently been changed to include over 35s. Scrolling down, users can click on a large green button to book an appointment.

This takes users to another page with a link to the vaccination portal. After entering an ID number used to register on the EVDS, users are taken to a registration page that includes a valuable bit of information - an official voucher code, and the ability to use this to confirm an appointment. 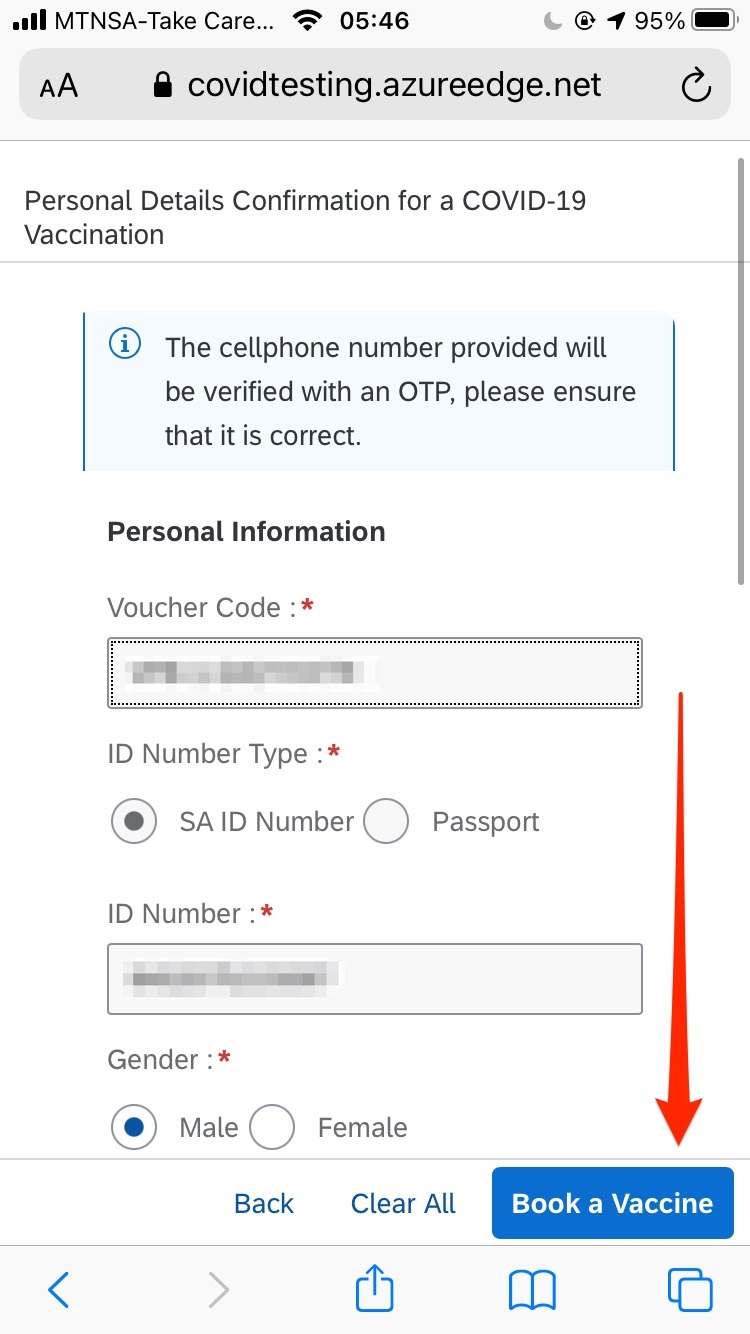 A list of available sites and time slots then appears, and users can select one of a handful of locations at which to get the vaccine. Business Insider was able to book appointments for users 35 and older as early as Thursday afternoon using this method - although availability became increasingly limited throughout the morning. Confirmation was received via an SMS. Social media users have reported similar experiences via Dis-chem and Discovery - although it appears as if some portals are now limiting access to appointments for ages 35 and up to dates after 1 August.

It also appears as if the ability to obtain an early appointment for the vaccine is limited to private services that allow users to book directly - those that rely on EVDS to send out automatic notifications and appointments, like Clicks, do not yet allow over 35s to pre-book slots. Some locations that don't allow pre-booking of slots are, however, accepting walk-ins from from the 35-49 age group.

An official monitoring the queues at the Cape Town International Convention Centre Vaccination site also told Business Insider South Africa that they were not yet accepting walk-ins for those under the age of 50 - but they will honour those 35 and up who already have legitimately booked appointments.

* This article was updated to include information on vaccination walk-ins at Clicks stores.