White Canadian pair who took private jet to get vaccines meant for indigenous people only fined $1,900 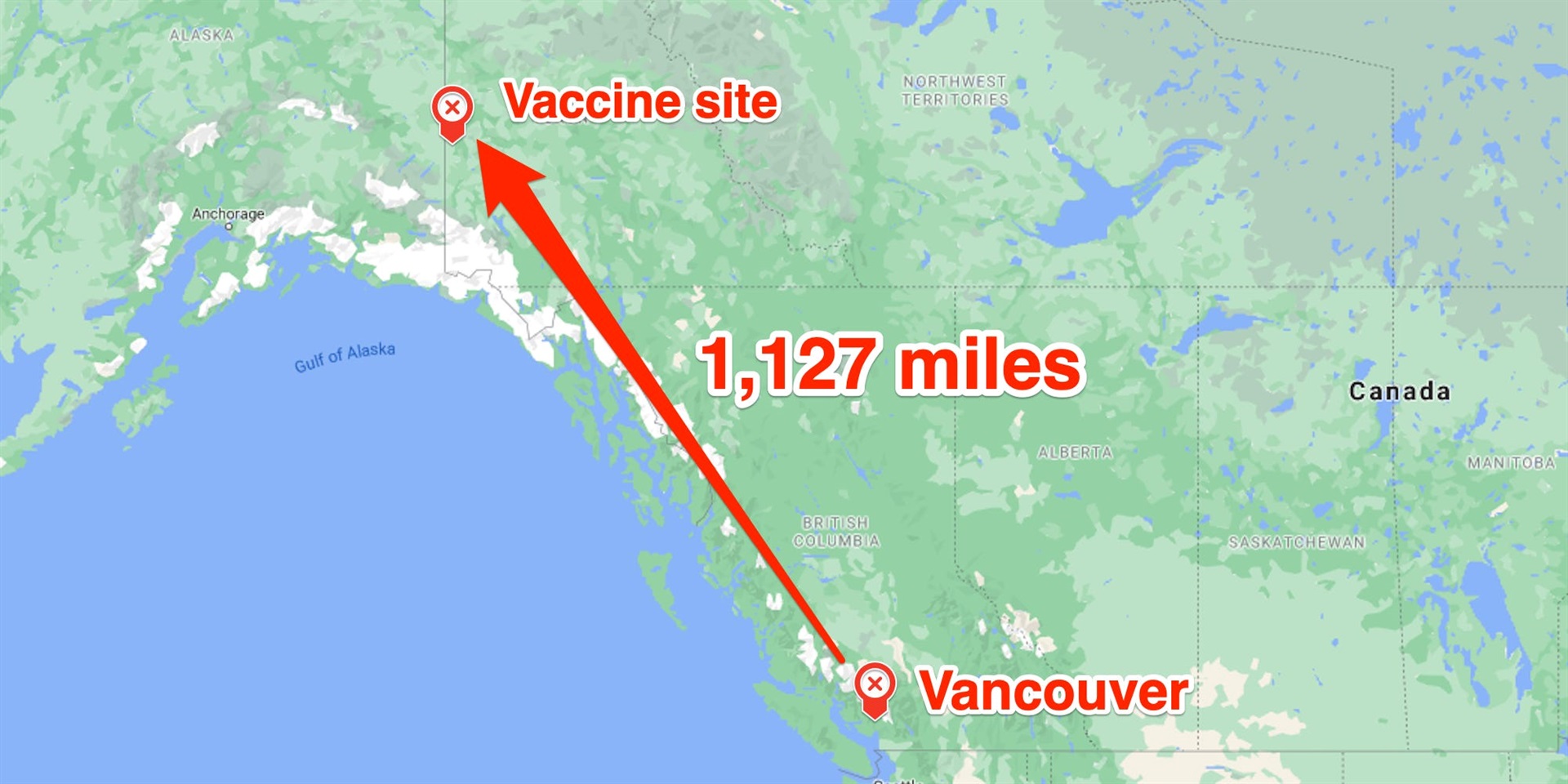 The distance between Vancouver and Beaver Creek, the journey that the couple is accused of making to get a vaccine.
Google Maps/Business Insider

A wealthy couple who flew to a rural Canadian town to cut the Covid-19 vaccine queue, and put locals at risk by not quarantining, were fined US $1,900 (R26,600) on Wednesday.

As Insider's Sinéad Baker reported in January, Rodney and Ekaterina Baker flew from Vancouver to the town of Beaver Creek, Canada, on January 21, to get vaccine doses meant in part for elderly members of the local White River First Nation tribe. The couple is said to have travelled at least part of the way by private jet.

They were caught after local officials received a tip and discovered them absent from the address they were supposed to be quarantining at.

Rodney Baker was the head of the Great Canadian Gaming Corporation, while Ekaterina is an actress. Rodney resigned from his job after the bad press in January.

Rod and Ekaterina Baker snuck into the small Yukon community of Beaver Creek earlier this year, and posed as locals to get doses of the Moderna COVID-19 vaccine. https://t.co/lqYuw7NnUo

'A slap in the face'

The couple pleaded guilty to breaking public-health rules in a virtual court hearing on Wednesday, The Guardian and CNN reported.

Tribe members had been pushing for the couple to get the maximum sentence of six months in jail, but the judge only handed down the fine, The Guardian reported.

The Toronto Star reported, citing sources, that the $1,900 (R26,600) fine was less than half of what the couple paid for their chartered flight.

Janet Vander Meer, a member of the White River First Nation, told the Toronto Star the fine "a slap in the face."

At the hearing, Judge Michael Cozens called the couple's behaviour "cavalier" and called on them to contact the local tribe and make amends - which locals said they haven't, according to The Guardian.

"They had every opportunity to just give me a call. I don't care if they're wealthy or not - just be a human. What they did was morally wrong," Vander Meer told The Guardian.

"The one thing that makes me feel good is if you search 'the Bakers' and 'Beaver Creek' online, you see very clearly what these people did and how that's affected them. And I think that's more of a just punishment than what came down in court today."

Prosecutor Kelly McGill said her team had initially considered pursuing jail time for the two, but decided against doing so after the couple agreed to plead guilty and made a $5,000 (R70,000) donation to a vaccination programme for poor countries, The Guardian reported.