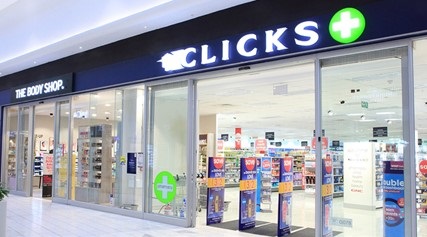 Retailer Clicks will take more than another year to fix and reopen its remaining 11 stores that were damaged during July's unrest in KwaZulu-Natal and some parts of Gauteng, the group said on Tuesday.

By August 2023, the retailer hopes to have opened all the stores that were hit in July.

During the unrest in the country, which saw at least 200 malls looted and vandalised, 52 Clicks stores and one Body Shop outlet were damaged. The affected stores represent 6% of the group's store base, the retailer said.

By mid-September, the retailer had managed to reopen 42 of the affected stores.

"It is expected that a further five will be reopened by the end of the first half of the 2022 financial year and four in the second half," Clicks said in a trading update to shareholders.

The retailer's 2022 financial first half falls at the end of February next year, while its full-year ends in August.

The retailer plans to reopen its final two damaged stores open only in its 2023 financial year.

The costly damage to its stores slows down its ambitious plans to rapidly expand its store base to 900.

During the six months to the end of February 2021, the retailer invested R269 million, mainly in new stores and pharmacies. It also spent some of the capital on store refurbishments, supply chain, and IT.

It opened 17 stores during the same period, growing its retail footprint to 760 stores. It also started operating 16 more pharmacies and had a total of 601 as at 28 February 2021.

Although now opened and operational, its UPD and Clicks distribution centres in KZN were looted and damaged.

The retailer, which is insured by the South African Special Risks Insurance Association (SASRIA) for material damage to assets, stock, and business interruption has claimed from the state insurer.

It has claimed an amount to the tune of R726 million in total, which includes R522 million for loss of stock, R182 million for the replacement of fixed assets, and R22 million for other costs.

"It is not yet possible to quantify the full impact of business interruption on the group's revenue and profitability as the timing of the reopening of stores is dependent on shopping centre owners," said Clicks.