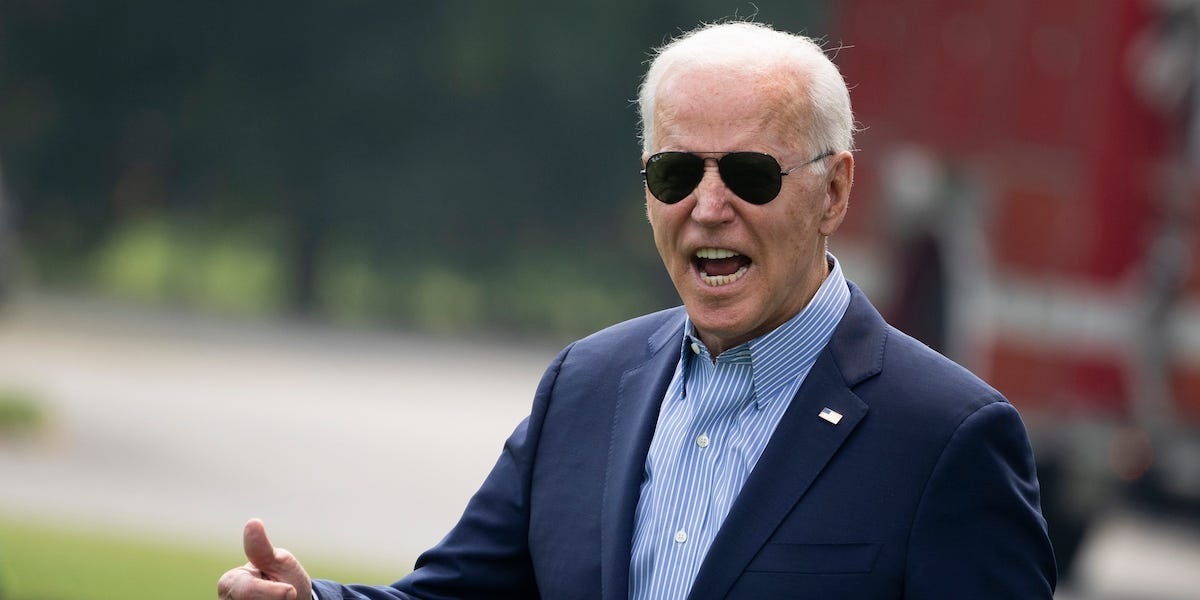 U.S. President Joe Biden reacts to shouted questions from reporters as he walks to Marine One on the South Lawn of the White House on July 21, 2021 in Washington, DC
Drew Angerer/Getty Images

US President Joe Biden said that he asks Secret Service agents to keep out of his bedroom at breakfast time because he hasn't dressed yet.

Biden gave some insight into his morning routine at a CNN town hall on Wednesday.

He said he liked to start his days wearing his robe and eating breakfast undisturbed by his protection detail. Secret Service agents usually stay close to the president as he moves around the White House, where he lives with his wife Jill.

Asked by CNN's Don Lemon what life behind the scenes was like at the White House, Biden said the Secret Service agents who protect him are "wonderful."

But he said he liked to break with certain protocols in order to live a more normal life.

"Because things are so crazy out there, it is very hard to get comfortable, like I would ordinary be," Biden told Lemon.

"For example, I think all of the help that's there, providing meals, and all the rest, I think they love us.

"You're saying 'Don't come in for breakfast. We can get our own breakfast,' because I like to walk out in my robe and go in."

After members of the audience laughed, Biden added: "No, no ... you think I'm joking? I'm not."

Biden has previously described feeling uncomfortable living at the White House. He described the residence at an event in February as a "gilded cage, in terms of being able to walk outside and do things."

"I was raised in a way that you didn't look for anybody to wait on you," he told CNN's Anderson Cooper in February. "I find myself extremely self-conscious."

He said that it was much more restrictive than Number One Observatory Circle, where he lived as Vice-President under Barack Obama between 2009 and 2017.

Biden said Wednesday that his determination to live a normal life in the White House meant that he did not usually have a sense of the importance of his position as president.

He said he fully realised the power of his office when he traveled to Europe in June for the G7 conference, his first overseas visit.