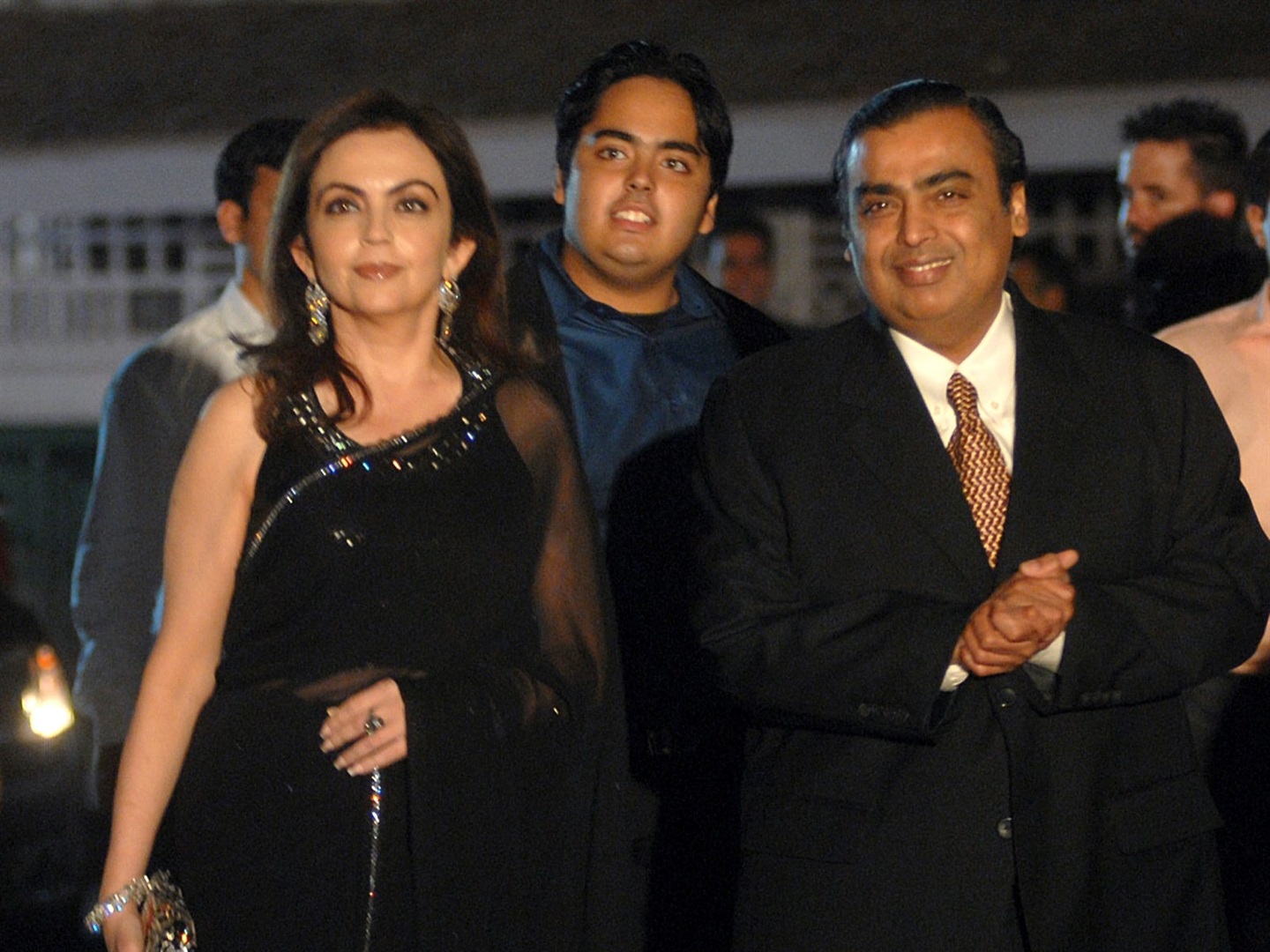 India's richest family, known for its lavish lifestyle and control of India's most valuable company, has a new venture: building the world's largest zoo.

The Ambanis, the billionaire family that owns the $168 billion conglomerate Reliance Industries, plan to build a 280-acre zoo and animal rescue sanctuary called "Greens Zoological Rescue and Rehabilitation Kingdom" in Jamnagar, a city in western India, The Week Magazine reports. Mukesh Ambani, Reliance's owner and majority shareholder, is worth $78.3 billion, making him the 12th-richest person in the world.

The zoo is the "pet project" of Anant Ambani, Mukesh Ambani's 25-year-old son, per The Week. Anant is a board member at Jio, Reliance's telecom arm. The zoo will be built near the company's refinery in Jamnagar, per The Week. Anant Ambani's zoo is slated to be home to nearly 100 species of animals, birds, and reptiles from India and around the world, including African lions, pygmy hippo, Bengal tigers, and Komodo dragons, according to local media reports. The animals will be housed in various areas with names like Frog House, Dragon's Land, Aquatic Kingdom, Indian Desert, and Exotic Island.

The Greens Zoological Rescue and Rehabilitation Kingdom, which is expected to open in 2023, has already stirred up some controversy.

In January, Reliance Industries struck a deal to obtain two rare black panthers from the the Assam State Zoo in Guwahati, the Times of India reported. In exchange, Reliance agreed to ship the Guwahati zoo two pairs of zebra from Israel. But activists and a local political party have criticized the transfer of the panthers from the state-run Guwahati zoo to the Ambanis' private zoo, according to Northeast Now News.

"It seems that even wild animals kept in captivity in zoos cannot escape from the tentacles of big corporate houses as the recent 'hush-hush' transfer of two black panthers from the State Zoo in Guwahati to a zoo in Gujarat being set up by the Reliance group of the Ambanis has proved," Bobbeeta Sharma, leader of the Assam Pradesh Congress Committee, said in a statement, according to the publication. A pair of black panthers at a zoo in France in 2010.
JEAN-CHRISTOPHE VERHAEGEN/AFP via Getty Images

Around 100 activists gathered in front of the Guwahati zoo to protest the transfer of the panthers on Sunday, per Telegraph India.

It's unclear whether Reliance purchased the 280 acres in Jamnagar for the purpose of developing the zoo or whether the company already owned the land. A Reliance spokesperson did not immediately respond to Insider's request for comment for this story.

A family that mingles with celebrities and tech CEOs

Mukesh Ambani, 63, was Asia's richest man for about two years before being dethroned in December by Chinese bottled water and vaccine billionaire Zhong Shanshan. Still, he's Asia's second-richest man and the richest man in India by far - the next richest is Gautam Adani, who has a $45 billion fortune as compared to Ambani's $78 billion.

The Ambani family is known for its lavish lifestyle. They live in a 27-story skyscraper in Mumbai that has three helipads and cost a reported $1 billion to build. The 2018 wedding of Ambani's daughter, Isha Ambani, was attended by the likes of Hillary Clinton, Google CEO Sundar Pichai, and Priyanka Chopra and Nick Jonas. And perhaps most impressively, Beyoncé gave a private performance. Reliance Industries - which was founded by Mukesh Ambani's father - is the most valuable company in India, with arms in energy, telecom, retail, petrochemicals, and more.

According to Business Today, Isha holds two board and advisory roles at Jio, Reliance's lucrative telecom arm that secured a $5.7 billion investment from Facebook last year. Akash also works at Jio as part of the executive committee. He's involved in the company's product development, messaging, and chat services.