Air travel chaos, disruptions around the world could last until the end of 2023 - Heathrow CEO 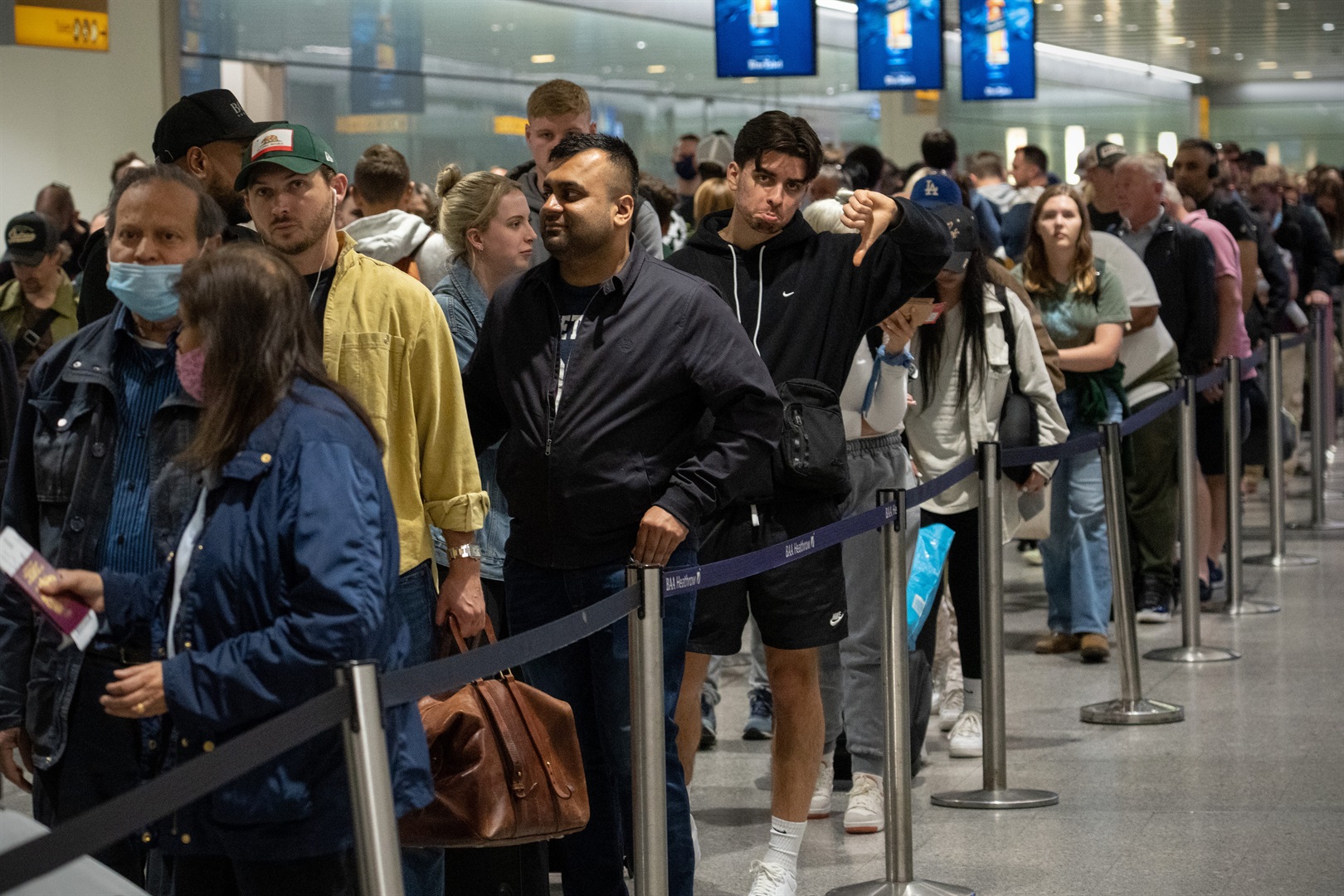 Airline delays and disruptions amid the current post-pandemic travel surge could last for as long as another 18 months, according to the CEO of one of Europe's busiest airport.

"This is not going to be a quick fix," Heathrow Airport CEO John Holland-Kaye told Bloomberg's Christopher Jasper in a report published Tuesday.

Holland-Kaye told the outlet that airlines still need to hire more staff to handle the swell in travel demand and that the daily passenger limit imposed by Heathrow could stick around until next summer.

"It's absolutely possible that we could have another summer with a cap still in place. It's going to take 12 to 18 months, and not just at Heathrow," Holland-Kaye said, per Bloomberg.

A deluge of flight cancellations, lost luggage incidents, and disruptions have become a global nightmare for an aviation industry still recovering from waves of pandemic layoffs.

Airlines and airports have scrambled to explain the delays, sometimes blaming each other or even the color of suitcases and people working from home.

To cope with the chaos, Heathrow, on July 12, introduced a cap of 100,000 daily passengers flying from the airport. In the announcement, Holland-Kaye also asked airlines to stop selling summer tickets to "limit the impact on passengers."

He told Bloomberg that airlines are responsible for hiring ground staff such as baggage handlers, air bridge operators, and personnel to process check-ins.

Heathrow has estimated that most airline ground handlers only have around 70% of the personnel they need to deal with passenger traffic on par with pre-pandemic levels.