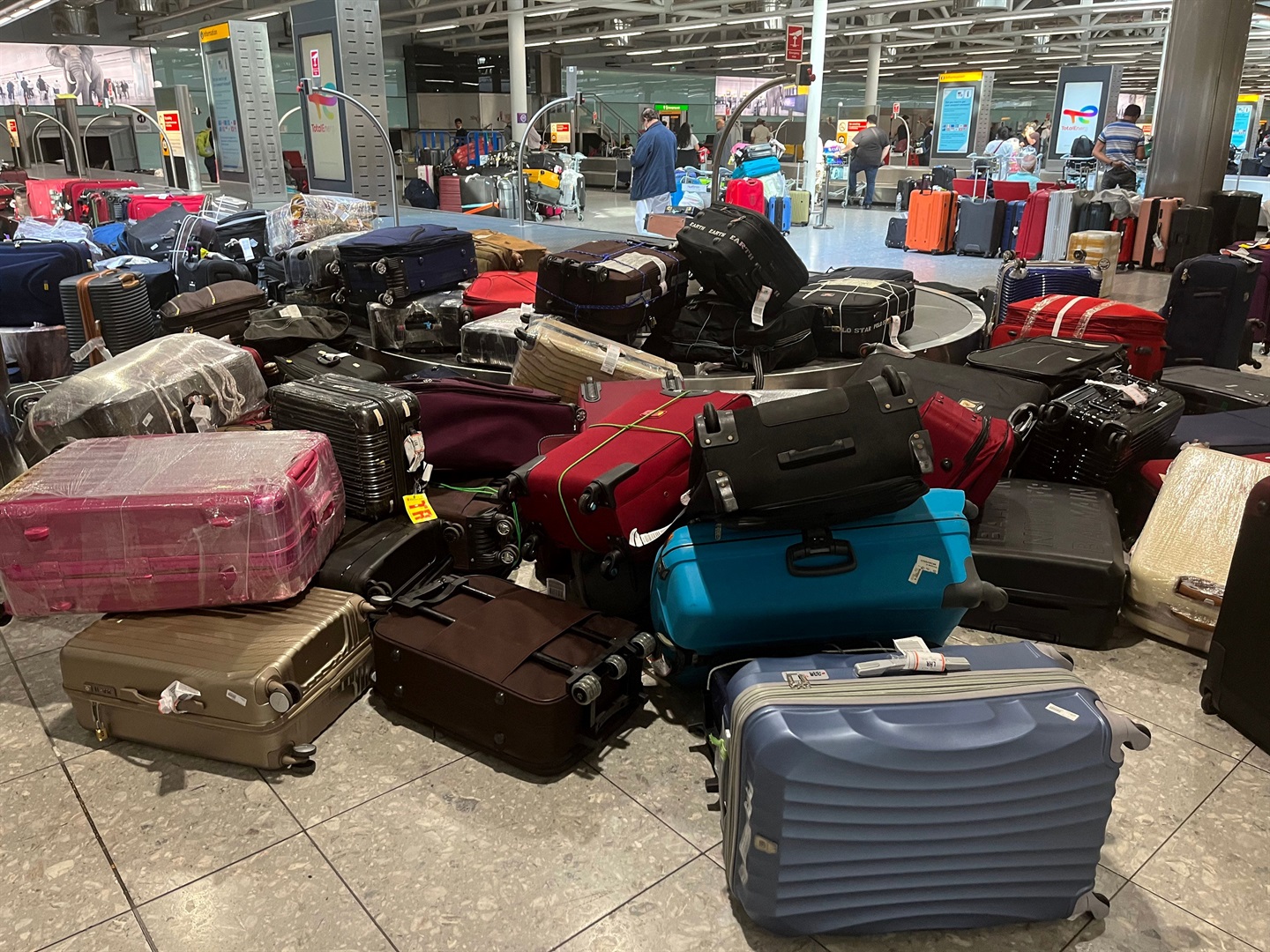 The golfers may have left Scotland after the Open Championship golf tournament that ended on Sunday — but many of their bags never made it out of Edinburgh Airport.

It's unclear how many golf bags are stuck at the airport, but photos obtained by the Scottish Sun show heaps of bags at the facility. Social media and some golf sites, such as the UK's Bunkered, have also been replete with tales of lost gear.

Scottish pro Bradley Neil headed from Edinburgh to Munich for the Big Green Egg German Challenge tournament. His clubs did not arrive with him, he tweeted earlier this week.

Over 1.5hours late and still sat on runway with @easyJet pilot announcing that around 50% of bags havenâ€™t made it on board. Letâ€™s hope my luck is in?? Update to follow when I finally arrive in Munich?? @EdinburghAirpo1 a disgrace!! https://t.co/zFSLcya4Sm

Another Scottish golf pro, Neil Fenwick, said he had to withdraw from an event at the tournament as his clubs got lost, too.

"It's a nightmare for me and I'm gutted but feel I had to make the decision to give me best chances to make use of my starts," he told The Scotsman newspaper on Thursday.

Workers from across the UK have been sent to Scotland to help sort out the bags at the Edinburgh Airport, according to the Scottish Sun.

The Edinburgh Airport did not respond immediately to Insider's request for comment that was sent outside regular business hours but told the Scottish Sun that it had received far more golf clubs than it had expected and was working with handling agents and airlines to send the bags back to their owners. It also apologised for any inconvenience caused.

"Although large amounts of baggage had been anticipated, the volume of golf clubs which required processing was far higher than forecast," an airport spokesperson told the media outlet. "This caused a delay in the baggage system on Monday and teams worked with handling agents to resolve the issue."

Edinburgh Airport suspended its customer support helpline on Monday due to a rise in verbal abuse from passengers over lost luggage.

The aviation sector is dealing with a messy summer travel season with flight delays, lost bags, and chaos across the industry — and particularly in Europe — as demand has returned to pre-pandemic levels. Issues faced by airlines include staff shortages and bad weather.